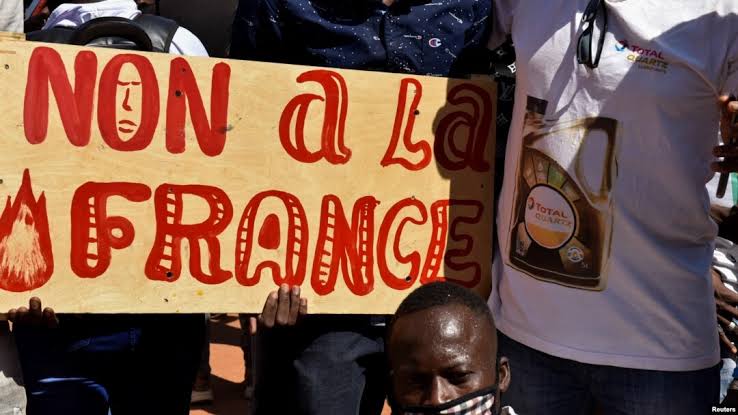 “Today they shot at us with heavy weapons. They first shot in the air and after they shot and wounded people. Is that normal?” said a Burkinabe protester Mahamadi Sawadogo. “You’re in our country, even though you colonized Africans there are things you must not do.”

Three protesters were reportedly injured by French soldiers in the town of Kaya in Burkina Faso; during the third day of a civilian blockade against a French military convoy; that was making its way to Niger, several protesters have said.

Protesters are upset about the France, Burkina Faso’s former colonial power’s involvement in the  five-year fight against jihadists linked to al-Qaida and the Islamic State. This fight  has left thousands dead and displaced more than 1.4 million people.

Several Burkinabe protestors in Kaya told The Associated Press the French soldiers tried to disperse the crowds by firing warning shots into the ground, but three people were hit in the legs.

The blockade is the latest action in a series of protests across the conflict-riddled nation that began in June 2021; and has picked up last week after at least 50 gendarmes were killed in the Sahel’s Soum province; the deadliest single attack on the security forces in recent memory. Earlier this month the opposition gave the president a one-month ultimatum to control security or it would organize protests to demand his resignation. A protest is scheduled for the 24th of November.

On Saturday evening, hundreds protesters flocked in front of the blockade near Kaya city’s entrance. The French convoy had pulled onto land off the main road, hidden from view with one French armored personnel carrier near the side of the road. Protesters said they won’t allow the French troops through until the French army lets people see what’s inside the trucks. Some of the protesters have accused France of arming the jihadists.

Burkina Faso’s government said it was in close talks with the governor of the Center-North region and was closely following the situation, said communications minister Ousseni Tamboura.