Garrett A. Morgan : The African American, who invented the Gas Mask, Sewing Machine Belt and the Yellow light of the traffic Signal 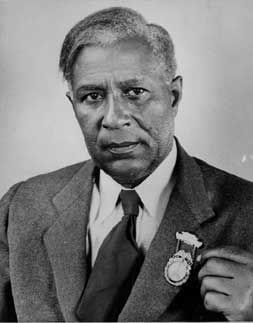 If Necessity is the mother of invention, then Garrett Morgan can be referred to as the Father; because he sired more than one invention. These inventions are very much in use today.

Garrett A. Morgan was an African American inventor and community leader, who was born in Paris, Kentucky on March 4, 1877 to Sidney and Elizabeth (Reed) Morgan. Garrett Morgan was the seventh child of the eleven that his parents gave birth to. Morgan was businessman and inventor who never put his mind at rest until he satisfied his curiosity. Thankfully his innovation led to the development of many useful products that have made life very efficient.

Garrett Morgan made a lot of innovations that has a positive impact in our day to day activities and here are some of them.

The name has changed from a breathing device to a safety helmet and later settled for a ‘Gas Mask’. In the year 1914; seven years after his first innovation, Garrett Morgan received a patent (#1,113,675) for his gas mask

Morgan and his brother displayed a great act of valor when they used the breathing device to rescue several workmen trapped in a toxic gas-filled waterworks tunnel 128 feet under Lake Erie. The City of Cleveland later awarded the Morgan brothers with a gold medal for their heroism.

3) The ‘Get Ready Light on a Traffic Light’

In 1920 Morgan moved into the newspaper business when he established the Cleveland Call newspaper to provide better news coverage of African-American affairs in Cleveland.

Thanks to his tremendous achievements Morgan was prosperous enough to have a car at a time when the streets were crowded with all manner of vehicles: Bicycles, horse-drawn delivery wagons, streetcars,and pedestrians all shared downtown Cleveland’s narrow streets and clogged its intersections.

At the time there were manually operated traffic signals where major streets crossed one another; unfortunately Because they switched back and forth between Stop and Go with no interval in between, drivers had no time to react when the command changed; they were not all that effective.  This led to many collisions between vehicles that both had the right of way when they entered the intersection.

After witnessing an accident involving a horse-pulled buggy and an automobile at a street intersection in 1923, He had an idea, and the innovative Morgan designed a patented (#1,475,024) a traffic signal.

As the story goes, when Morgan witnessed an especially spectacular accident at an ostensibly regulated corner, he had an idea: If he designed an automated signal with an interim “warning” position—the ancestor of today’s yellow light—drivers would have time to clear the intersection before crossing traffic entered it.

The signal consisted of a tall post with movable arms that monitored and controlled traffic. The post rotated and the arms moved up. The signal contained lights that flashed the words “stop” and “go.” The posts used batteries and electricity from overhead wires.

A set of bells signaled that the post was changing directions. Morgan sold the rights to his traffic signal patent to General Electric Company. Morgan was awarded a citation for his traffic signal by the United States Government.

As word of Morgan’s life-saving inventions spread across North America and England like wild fire; demand for these products grew. He was frequently invited to conventions and public exhibitions to demonstrate how his inventions worked.

The Death of Garrett Morgan

Garrett Augustus Morgan died on August 27, 1963, at the age of 86. His life was long and full, and his creative energies have given us a marvelous and lasting legacy.