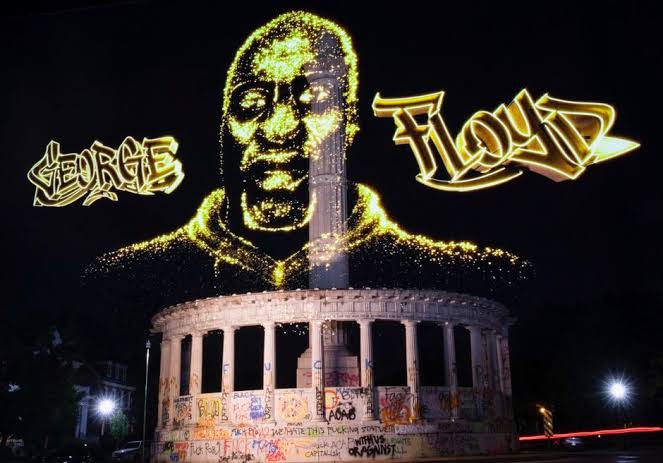 Following the unfortunate passing of George Floyd in May, his memory has been honored in many ways; and the latest venture includes a George Floyd hologram memorial that was unveiled Tuesday night.

According to the Associated Press, George Floyd’s family witnessed the unveiling of the hologram memorial; as it was projected over the statue of Confederate General Robert E. Lee. This was just the first of the George Floyd Hologram Memorial Project.

In the press release, it states that the project is meant to “transform spaces that were formerly occupied by racist symbols of America’s dark Confederate past into a message of hope, solidarity and forward-thinking change.” 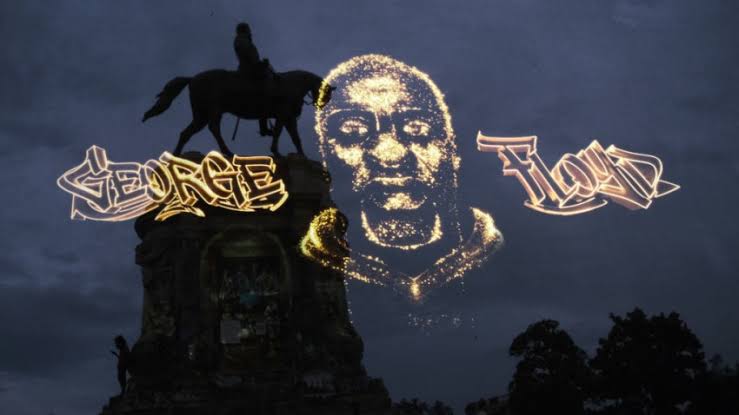 The George Floyd Hologram project, which is a collaboration between Change.org and The George Floyd Foundation, will make an appearance in other cities such as North Carolina and Georgia mirroring the route of the 1961 Freedom Rides.

Sylvia Rolle, the senior campaigner at Change.org said,” This project seeks to replace the monuments of racist confederate memory with symbols of solidarity and justice. Nearly 20 million signers and supporters of Kellen’s ‘Justice for George Floyd’ petition are demanding a new path for our country and new heroes to honor with historical memory. In collaboration with the family of George Floyd and the George Floyd Foundation, this project aims to reflect the power and beauty of those millions of voices standing up for change.”

The foundation created by George Floyd's family has launched a new initiative to project a hologram of Floyd at a handful of Confederate monuments throughout the South https://t.co/D9GWPtfys5 pic.twitter.com/XhlegI5Ghh

As you all know, George Floyd was killed back in May, and his death was captured on camera as he pleaded with a Minneapolis officer to get off of his neck because he couldn’t breathe. Following his death, there were many protests throughout the world; that erupted as people demanded that justice be served.

The Confederate monuments in Richmond are scheduled to be removed. The decision was made in the wake of the protests. Earlier this month, the statue of Stonewall Jackson was removed from Richmond’s Monument Avenue.

At the time, Mayor Levar Stoney commented on the removal of the statues and said; “Those statues stood high for over 100 years for a reason; and it was to intimidate and to show Black and brown people in this city who was in charge. I think the healing can now begin in the city of Richmond.”

Back in June, Governor Ralph Northam also ordered the removal of the Robert E. Lee statue.