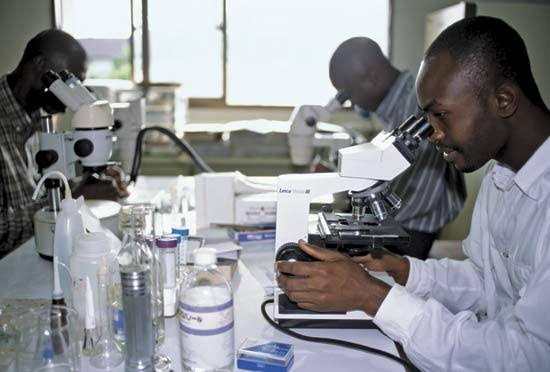 Are you fond of the pain you get when you put hydrogen peroxide on a cut? Well, it seems coronavirus is not a fan of that at all.

Therefore, Ghanaian Scientists will capitalise on that to soon carry out clinical trials on the use of hydrogen peroxide commonly called hydrogen for preventing Covid-19.

This was revealed in a letter the Scientists wrote to the British Medical Journal explaining the significance of their intention.

Though some COVID-19 vaccines are on trial, WHO interventions have focused on preventing the virus from getting through the mouth and nose.

Use of face masks, regular hand washing with soap under running water and rubbing hands with alcohol-based sanitizer, social distancing among others have been some of the ways.

Since the discovery of Hydrogen peroxide in 1818, the substance has found its way in toothpaste and mouthwash.

How does it hydrogen Peroxide work?

Some bacteria like Clostridium difficile, which cause diarrhea in humans belong to a group scientifically known as anaerobes. These bacteria don’t need oxygen for growth and survival. In that case, don’t bring oxygen to their surroundings; it’ll discomfit them and they’ll die.

Hydrogen peroxide therefore destroys bacteria by releasing oxygen as it foams which inhibits their survival. But you know, it’s viruses’ ‘meter’ also.

Several studies have found Hydrogen in a 3 percent concentration killed all the viruses within 1 to 30 minutes. Fortunately, viruses in the Corona and influenza families were found to be defenseless against the chemical.

Gargling with hydrogen peroxide is known to reach the back of the mouth killing the bacteria and viruses there.

A 2020 study in the Journal Medical Virology has established that incubation period of COVID-19 to be 14 days with an average of 6.4 days.

Though the time it takes for the virus to move through the mouth or nose and infect the human cell is unknown; the researchers believe early intervention is crucial for especially countries with poor healthcare system.

Lead author in the study, Seth Ayettey, a retired Professor at the University of Ghana Medical School is therefore relying on the hydrogen peroxide proven prowess.

“The paper is global in focus and not just for Ghanaians,” Prof. Ayettey pointed out. “Hydrogen peroxide is being recommended not for Ghanaians only or because of its cost but because of the scientific evidence; of its safety and its efficacy against corona and influenza viruses as well as bacteria.

“In the situation of a serious plague such as the COVID-19, we should explore all possible means for preventing the disease; whilst waiting for a fail-proof preventive remedy or therapeutic treatment.”

“To further limit the risk of infecting others, asymptomatic individuals and mild to moderate cases could use; hydrogen peroxide mouthwash and gargle to inactivate SARS-CoV-2 shed,” the paper added.

Hydrogen peroxide has been known to be safe, if properly used. Accidental swallow especially in children can lead to serious gut problems. Also, avoiding inhalation of hydrogen peroxide, and getting splashed on the face is important.

Concerns have been raised on the ability of hydrogen peroxide to change cells. However, current findings have not fingered it in the cause of cancer.

“If Hydrogen peroxide is not found to be efficacious in clinical studies; no serious harm will have been done, since peroxide in low concentration is known to be quite safe,” said Prof. Ayettey.

In the clinical trial, the scientists will compare mouthwash and gargle with hydrogen peroxide and mouthwash or gargle with water only, in asymptomatic cases of
COVID-19.

“We are preparing our proposal for the clinical trials. We require ethical approval by an appropriate Ethical Review Committee especially in the Ghana Health Service to proceed.

“It is important to state that there are other scientists preparing to carry out similar trials. Such an approach is helpful to the global community. I pray that we shall have funding for our work to be prosecuted early,” he’s optimistic.

Prof. Ayettey said the results of their “clinical trials and those being conducted elsewhere to establish efficacy; would be publicized for global information as key prophylactic measure to prevent SARS-CoV-2 infection.”