Happy Kwanzaa! Interesting Facts About Kwanzaa You Should Know 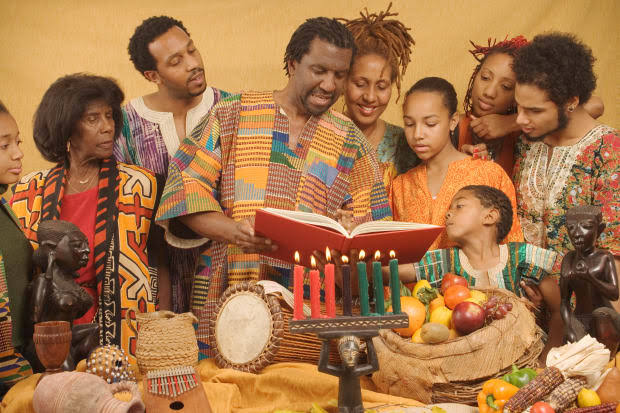 Created by Maulana Karenga and first celebrated in 1966, Kwanzaa has come to stay and has become a beautiful cultural 7 day holiday and festival amongst the African American Community in the United States. 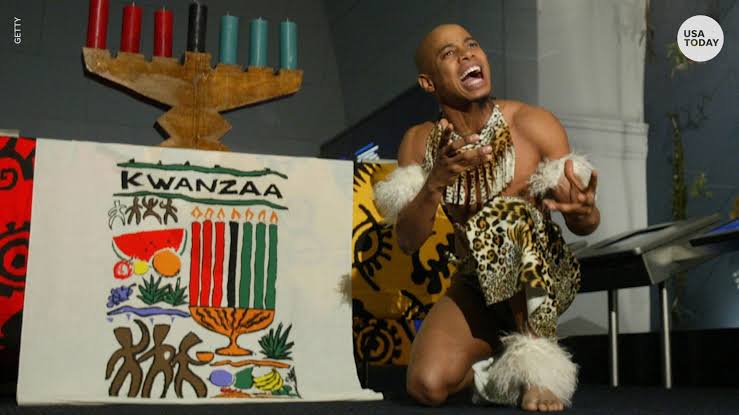 Although trailed by controversy due to stories about its founder, the holidays have become a cultural holidays celebrated every year.

The holiday, which is not just observed within the African-American community but also the diaspora, celebrates African heritage and culture in both communities. As millions of people celebrate Kwanzaa around the world.

Here Are Some Interesting Facts About Kwanzaa

A Swahili Word with only one “A”

Kwanzaa is taken from the Swahili phrase “matunda ya kwanza” which means “first fruits of the harvest”. According to Medium, Karenga drew inspiration from a popular Zulu harvest festival, Umkhosi Wokweshwama, which is celebrated annually around December. He added the extra “a” to “kwanza” to represent each of the seven children at the first-ever Kwanzaa celebration in 1966, according to history.com. 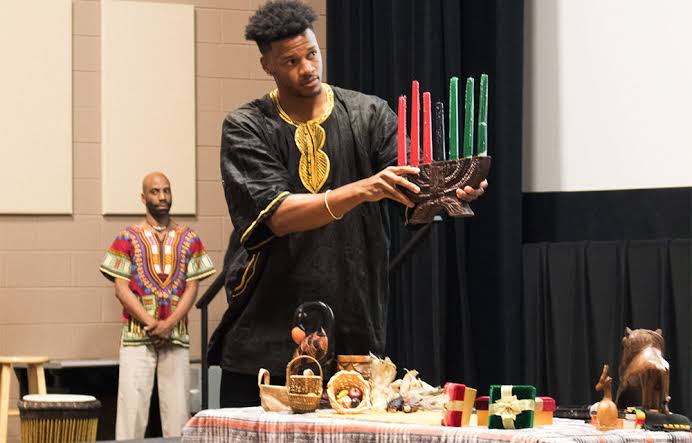 Kwanzaa centers around seven principles and seven symbols. One principle is allocated to each of the seven days of the festivities. The principles include: 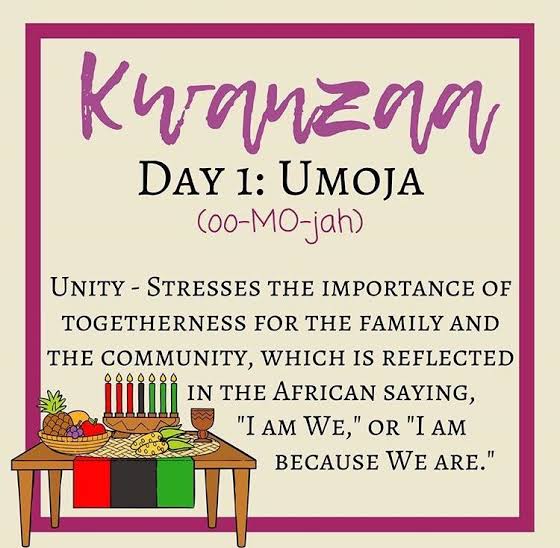 The mat or mkeka is laid out at the beginning of the holiday on a table. The candle holder, also known as the kinara, is then set up on the mat alongside the corn, crops and unity cup. Each night, families light the kinara with the seven candles. The seven candles — three red, three green and one black in the middle — all represent the seven principles. The black candle represents the African people, the red their struggle and the green the future. All seven candles are replaced with new ones on each of the seven days. Some families during Kwanzaa dress up or decorate their homes in red, black and green.

This is to avoid over-commercialization, according to history.com. Traditional, gifts center on learning, thus, books about African heritage and culture are ideal. Those who buy books, art accessories or music are encouraged to get those items from Black-owned businesses or shops. 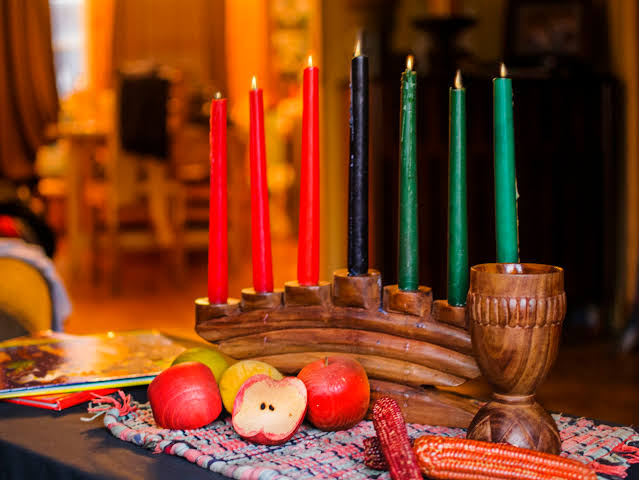 Though Kwanzaa is rooted in African culture, people from all racial and ethnic backgrounds are welcomed to join in the celebration. As Karenga once explained, Kwanzaa is not a religious holiday, but a cultural one with an inherent spiritual quality. “Thus, Africans of all faiths can and do celebrate Kwanzaa, i.e. Muslims, Christians, Black Hebrews, Jews, Buddhists, Baha’i and Hindus, as well as those who follow the ancient traditions of Maat, Yoruba, Ashanti, Dogon, etc,” he wrote. Many people do celebrate both Kwanzaa and Christmas at the same time though others see Kwanzaa as an alternative to Christmas.

An African feast known as Karamu takes place on December 31, and comes with steps such as “a kukaribisha (welcoming), kuumba (remembering), kushangilla (rejoicing), tamshi la tambiko (libation statement), kutoa majina (calling of names), the karamu feast and tamshi la tutaonana (farewell statement),” according to a report by CNN.

U.S. Postal Service recognizes Kwanzaa, and has issued Kwanzaa stamps since 1997. The 2020 Kwanzaa stamp depicts the profile of a reflective woman with a kinara, or candleholder, with seven lit candles in front of her. “The stamp, which was hand-sketched and digitally colored, evokes a sense of inner peace with its cool tones and vibrant design elements to give a festive feel to the celebration of Kwanzaa,” the U.S. Postal Service said.