History Of Palmares, The Only African Kingdom That Thrived In The Americas 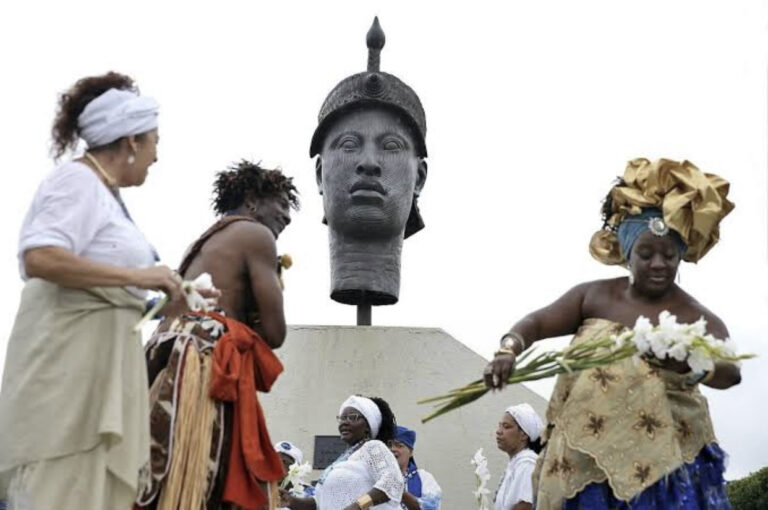 Palmares was an African kingdom that was created in the early 1600s, when enslaved Africans fleeing the sugar mills of Pernambuco, crossed the mountainous region now known as Serra da Barriga, and formed their own communities. It is one of the most revered historic sites among the Afro-Brazilian community in Brazil. This kingdom is famed for being the largest enslaved runaway community in the history of the Atlantic world.

Palmares was the first and only African kingdom in the Americas, which lasted 100 years. Therefore, it is now a remarkable historic symbol for the African Diaspora.

According to John K Thornton, a professor of history at the bottom university, who is also an author of many books on the African Diaspora and African history—“Palmares was quite ethnically homogeneous, most of its people coming from Angola. After considerable growth during the Dutch occupation of Pernambuco (1630-1654), a Portuguese colonial settlement back then, Palmares started to be shaped as a state, with leadership and social stratification,”

As soon as the fleeing enslaved Africans crossed the mountainous region of serra da bariga, they built villages called mocambos, which means refugee camp in kimbundu, a Bantu idiom.

As early as 1602, the region, known by its locals as “Palmares” because of the abundance of palm trees, was the site of expeditions led by the Portuguese governor Diogo Botelho.

The Dutch invasion of Pernambuco in 1630 greatly boosted the kingdom’s growth. However, they were unable to fully annex the area, and the Portuguese immediately launched a counterattack, sparking off a protracted battle. Thousands of enslaved Afro-Brazilians were able to escape to the mountains at this time because of the social and economic unrest, consolidating a developing kingdom that the Dutch conquerors in the 1640s had previously referred to as a kingdom.

Some historians assert that the peak population of Palmares was at around 20,000 people.

Professor Thortnon further extrapolates that; “This kingdom of fugitives posed a great threat to Portuguese interests: attacks and counter-attacks have taken place, alongside negotiations that began in 1664, when the authorities began to offer amnesty and the right to establish a self-controlled and self-determination state,”

The Reign Of the famous King Ganga Zumbi

Despite the fact that Palmares had a number of rulers throughout the course of its 100-year existence, Zumbi is the most well-known king to have reigned the African kingdom in Brazil. Zumbi was born a free man in Palmares but was taken away at the age of 7 after a Portuguese army invasion and given to a priest in Pernambuco.

Ganga Zumba, who was thought to be a Kongo royal, was the son of Princess Aqualtune Ezgondidu Mahamud da Silva Santos (daughter of a Kongo monarch); and was most likely kidnapped after the Battle of Mbwila, in which Portugal defeated the Kingdom of Kongo. The Portuguese sold Zumba, his siblings, and a large number of other nobility captured after the war; to the Santa Rita Plantation in Portugal’s province of Pernambuco, where they were raised as slaves (Northeast Brazil).

In Kikongo, a kilombo or military settlement made up of various groups, Nganga Nzumbi was “the priest responsible for the spiritual defense of the community.”

He picked up the Portuguese language there, learning how to read, write, and speak it. He did, however, return to live in Palmares at the age of 15, having fled the Catholic Church.

In Palmares, Zumbi began to garner respect for his valor in battles with the Portuguese army and his skill as a military tactician.

However, King Ganga Zumba signed a peace treaty with the Portuguese rulers of Brazil in 1678 after suffering a significant defeat in a battle. The treaty stated that Palmares would be recognized as a self-controlled state as long as the kingdom abandoned its expansionist plans.

Zumbi was incensed and refused the deal because he didn’t trust the Portuguese. He wished for Palmares to grow and develop into a larger African monarchy in the Americas. At the age of 25, Zumbi overthrew Ganga Zumba with the help of few allies, and in 1680, he was crowned king of Palmares and in charge of leading the struggle against the Portuguese forces.

According to historical accounts, Macaco had a palace and 1,500 buildings in the 1670s. These buildings housed Zumba’s armed guards, ministers, devoted individuals, and family members, including his three wives.

A significant assault against Palmares was planned in 1694 by the renowned and cruel mercenary commander Domingos Jorge Velho.

Sadly, two of Zumba’s children were taken prisoner and another was slain during a war in 1677, but the children were not the only ones who suffered. In the course of the attack, Zumba himself was wounded, and he was compelled to accept a peace treaty offered by the governor of the state of Pernambuco. In exchange for signing the peace pact, he agreed to relocate his Palmares alliance to the Cuca Valley.

TheThe principal city of Palmares, Macaco, was completely destroyed after a fierce fight. Zumbi attempted to flee while hurt but was unsuccessful. On November 20, 1695, he was beheaded at the age of 40.

Ganga Zumba is remembered for his actions and struggles and for creating the alliance of “independent settlements”—Quilombo dos Palmares—that served as the center of the history and current struggle of the Afro Brazilians. His name is inscribed into history as a warrior and freedom fighter who played a significant role in the Brazilian Black Movement.

Brazilian authorities kept Palmares’ history a secret for nearly 150 years. Palmares was regarded as a myth during this time. However, Palmares was rediscovered in the 1900s as a result of the discovery of official records from the 17th century by a team of historians.

Brazil observes National Black Consciousness Day on November 20, the day Zumbi was assassinated, in order to honor his memory. Zumbi is commemorated with statues in Salvador and Rio de Janeiro.

Quilombo dos Palmares Memoral Park is the name of the ancient site that once stood on Palmares. It is located in northeastern Brazil’s state of Alagoas. Some of the buildings from the kingdom’s early years, which were established and prosperous in the 1600s, are still standing and open to visitors.