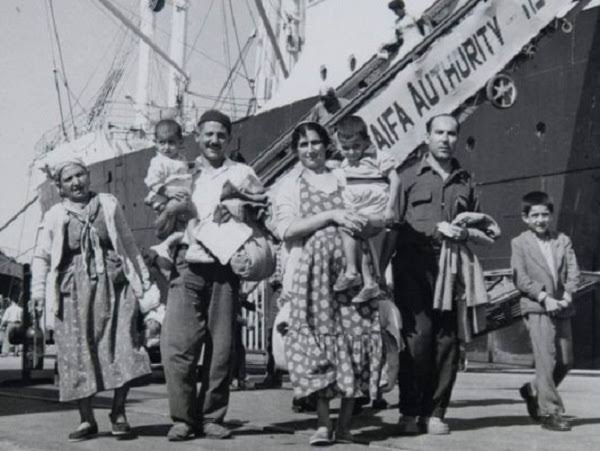 Britain once considered the idea of seizing land in Western Kenya to settle the Jews in order to help the Zionists escape the growing prejudice against them in Europe.

As early as 1902, Colonial Secretary, Joseph Chamberlain identified the resettlement land in Kenya whilst on a tour in East-Africa. At the time, Kenya was a newly acquired British colony.

His decision to look for this land followed an earlier proposal themed the “Ugandan Plan”; which was tabled before the attendants of the sixth Zionist conference held in Basel for discussion.

In this document, Theodor Herzl, largely considered founder of the Zionist movement suggested East Africa; as a temporary settlement for the Jewish to seek refuge from threats of being attacked in Europe.

Although Hertz presented this proposal to the delegates at the Basel Conference; available evidence proved that the East African settlement idea was the brainchild of the british who offered Kenya; instead of an earlier offer made by Herzl for the Jews to be sent to either Cyprus or Sinai; eyegambia reports.

I The Jews Declined

Historical scholars believed that he accepted this offer partly due to the promise from Chamberlain to grant local autonomy to the Zionist in Kenya. Additionally, Herzl was equally thought to have accepted the offer after realizing that his suggestions (representing the Zionist) won’t be honored.

Because the idea was not originally from the people themselves, the proposal to settle the Jewish people in the Western Region of Kenya; which had great potential for Agribusiness was declined by the Zionist backed by Lord Delamere; the then leader of the East African whites who sent a telegram to The Times (London) stating that; “feeling here very strong against the introduction of alien Jews.”

Following the death of Herzl, David Wolffsohn who took over as President of the Zionist organisation deployed a team led by Major A. St. Hill Gibbons; Professor Alfred Kaiser, and Nachum Wilbuschewitz to visit and study the proposed location in 1904 for further action.

After commission reviews, the plan was rejected by the Zionist organization at the Seventh Zionist Congress (1905) in Basel with the British duly informed. The group then pushed for their present day location, Palestine after negotiations with Turkey.

Even though the plan was declined, Kenya still recorded the settlement of some Jewish people, including; the former Nairobi mayor Israel Somen and hotelier, Abraham Block. Some South African Zionists also settled in Kenya as well as Israelis in modern history.

The “Uganda scheme” is often misunderstood as a plan to abandon the dream of a Jewish state in the Mideast and opt for the next best thing instead. But for Herzl, Uganda was a stopgap measure to protect Jews from anti-Semitism and violence until the Zionist dream of a homeland in Palestine could be fulfilled.

The idea that the beleaguered Jews should settle in Uganda wasn’t actually Herzl’s brainchild; it came from the British.. Its roots were in a meeting that took place in 1902 between the Zionist leader and Colonial Secretary Joseph Chamberlain. Herzl tried to convince him to allow Jewish settlement in Cyprus or Sinai as a temporary solution for endangered Jews. No dice.

When the two met again the following year, in April 1903, Chamberlain made his own proposal: Jewish settlement in eastern Africa. At first Herzl rejected the idea, but changed his mind when he realized his Sinai plan was not bearing fruit. Also, not only would accepting the Uganda scheme protect the Jews: it would be good for the Zionist movement’s ties to the British.

The British clarified their intentions regarding Uganda (actually, a 15,500 square km territory in today’s Kenya) in a letter written in August, 1903. Sir Clement Hill, Superintendent of African Protectorates, wrote that Chamberlain; “will be prepared to entertain favourably proposals for the establishment of a Jewish colony or settlement” in East Africa. Such a Jewish colony, the letter stated, would have local autonomy, with a “Jewish Official as chief of the local administration,” and a “free hand” when it came to religious and domestic matters. This autonomy would be conditional on the British government “exercising general control.”

In 1905, the investigatory commission reported on its findings from East Africa at the Seventh Zionist Congress. The scheme was voted down, never to be tabled for discussion again, and the Zionists reaffirmed their commitment to a Jewish homeland in Palestine.

Herzl brought this proposal before the Sixth Zionist Congress, where delegates did vote, 295-178, to send an “investigatory commission” to check out the territory.

But the idea sent shockwaves through the congress. The Russian delegates walked out of the hall, while others threatened to do so. In their eyes, the Uganda scheme went against the very ideological basis of Zionism.

By then, Herzl had died of a heart condition at the tender age of 44. According to some, his death in 1904 was partly due to the controversy and criticism levied at him over the Uganda proposal.