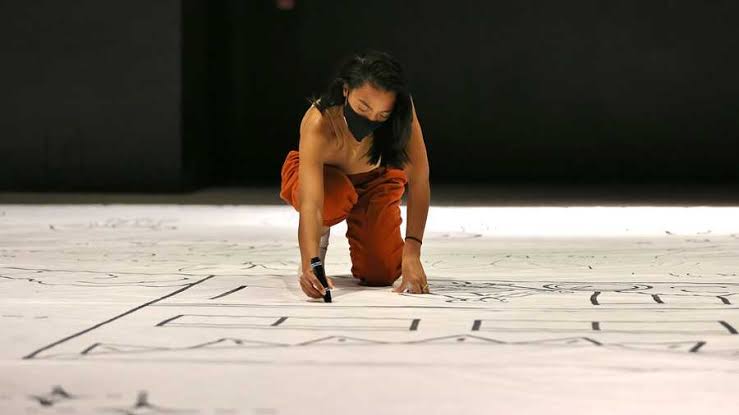 As Dyymond Whipper-Young’s artwork covers 6,507 square feet, beating the previous record held by Italy’s FRA! by 400 square feet; “Art is all I’ve ever known” are the words of the new record holder for the world’s largest drawing by an individual, describing her love, passion and journey in her world as an artist. 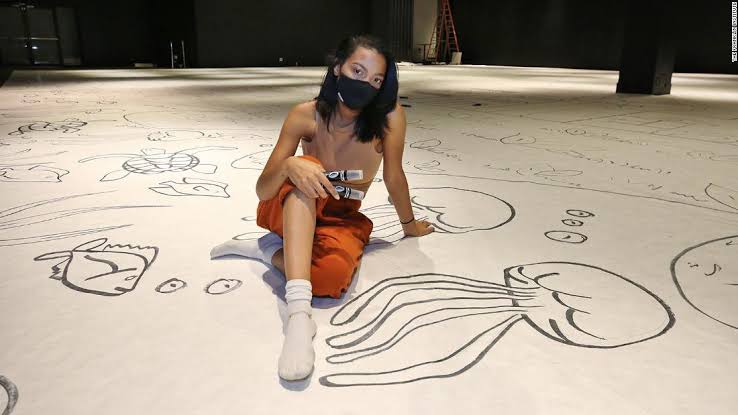 The Philadelphia-based artist told RNBPhilly that she was recommended by a substitute art teacher in her school for the Crayola-sponsored art project. This project was meant to hype and be a prelude to the company’s new installment titled; “Crayola IDEAworks: The Creativity Exhibition” housed at the Mandell Center at The Franklin Institute. The organizers specifically looked for a Philadelphia based artist to work with.

It took five days, a whopping 63 hours, and only one type of marker; Dyymond Whipper-Young started with the black Crayola Project XL Markers and used 57 of them to create the giant-sized doodle art piece.

The immersive exhibition, which originally covers 17,000 square feet, allows visitors to do; “interactive challenges that hone their skills,” Crayola IDEAworks writes on its website. “The four sections in this area, I, D, E, and A, will feature questions and puzzles that will determine creative strengths.”

Crayola collaborated with the Franklin Institute as the latter aims to; “inspire and empower” everyone no matter their age to get in tune with their creativity and feed their curiosity.

On how she got the gig, Dyymond Whipper-Young said it all started with a direct message from one of the organizers of the exhibition. After a conference call with the Franklin Institute and Crayola executives, the young artist got the gig. She admits she would not have otherwise tried out for such a project if she had to audition for it because she thought “it was too big” for her. 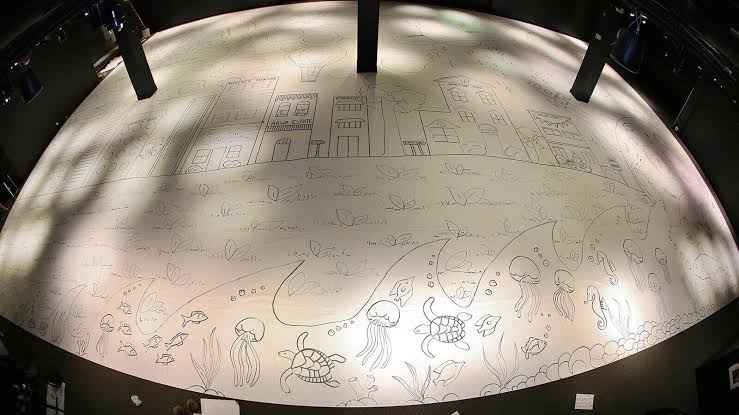 “I always told everybody that if I saw that opportunity, I would never have applied, God dropped that thing right in my lap because I would have thought it was too big.”

According to Whipper-Young, she later realized the size was not even an issue because everything worked out perfectly.

The Temple alum who is originally from Baltimore went straight to art school after elementary school. She was 11 years old at the time. She trained in fine arts in high school and studied all forms of art and now works as an art teacher and freelance artist.

The art teacher is currently working on a sculpture that will feature her famous ‘twerking sculpture’ which she made when she was in high school. She is all for making museum-worthy art but according to her, hers is a cross-section between fine art and Black culture.