Igbo Landing: The Famous Quote From The Black Panther Movie, Is The Story Of Captured Igbo People Who Chose Suicide In The Ocean Over Slavery 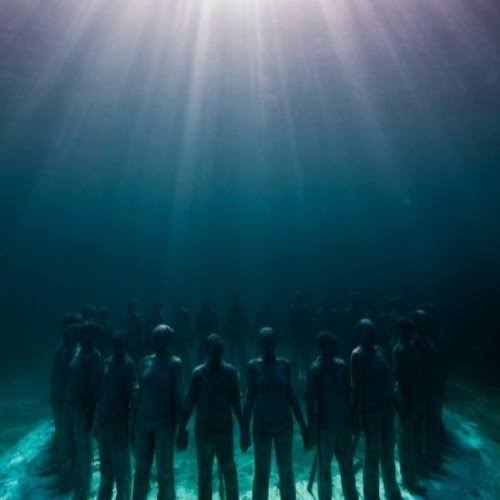 “Bury me in the ocean with my ancestors who jumped from ships, ’cause they knew death was better than bondage.” This are the words of the characters Killmonger in Marvel’s 2018 Film Black Panther. These words became a popular quote from the movie but it is inspired by a true story. A story of Igbo slaves captured from west Africa who drowned themselves in the ocean after killing their captors. This is the story of the Igbo Landing. 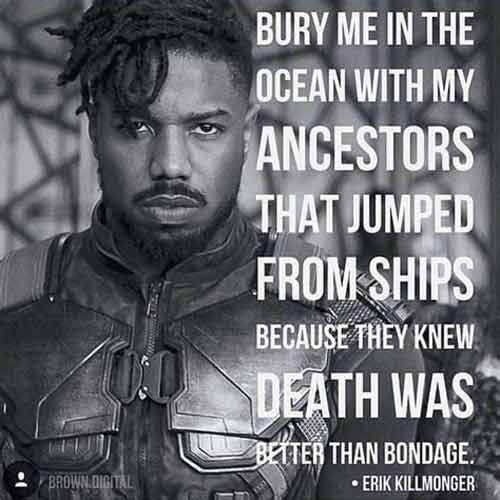 Also referenced by Beyoncé in her Lemonade Album in the song Love Drought; the story of the Igbo landing is a tragic story of bravery, resilience, courage and determination.

For years, the white supremacist agenda tried to deny and cover up the event; for more than two centuries most authorities considered the accounts to be an Afro-American folktale. But several research since 1980 has verified the factual basis of the legend and its historical content. The site was included as a historic resource in a 2009 county survey.

In 1803, one of the largest known mass suicide by enslaved people took place at a site that is currently known as the historic Igbo Landing site at Dunbar Creek on St. Simons Island, Glynn County, Georgia.

Igbo captives from what is now known as Nigeria were taken to the Georgia coast; when the Igbo and other West African captives arrived on the Wanderer slave ship in Savannah, Georgia; They were purchased for an average of $100 each by slave merchants John Couper and Thomas Spalding to be resold to plantations on nearby St. Simons Island.

The chained and dehumanized slaves were packed under deck the York, a coastal vessel, which would take them to St. Simons. However, about 75 Igbo slaves rose in rebellion during the voyage, and took control of the Vessel and their captors; in the process caused the grounding of the ship in Dunbar Creek.

It is not very clear the actual sequence of events, but it is known only that the Igbo captives led by their High chief; marched ashore, singing, and chanting;“Orimiri Omambala bu anyi bia. Orimiri Omambala ka anyi ga ejina.” That is a prayer to Chukwu  (a supreme deity of Igbo spirituality) declaring that “The water spirit brought us and the water spirit will take us home.”

They continued chanting and then at the chief’s direction, they walked into the marshy waters of Dunbar Creek, committing mass suicide.

A white overseer, Roswell King, on the nearby Pierce Butler plantation, wrote the first account of the incident. He and another man identified only as Captain Patterson recovered many of the drowned bodies. Apparently only a some of the 75 Igbo rebels drowned. About Thirteen bodies were recovered, but others remained missing. It is thought that some may have survived the suicide episode, making the actual numbers of deaths uncertain.

The aftermath of these deaths  signaled a powerful story of resistance as these captives overwhelmed their captors in a strange land; and decided to take their own lives rather than remain enslaved in another Land.
According to Tink; The Igbo Landing gradually took on an enormous symbolic importance in local African American folklore. The mutiny and subsequent suicide by the Igbo people was called by many locals the first freedom march in the history of the United States. Local people claimed that the Landing and surrounding marshes in Dunbar Creek where the Igbo people committed suicide in 1803 were haunted by the souls of the dead Igbo slaves. 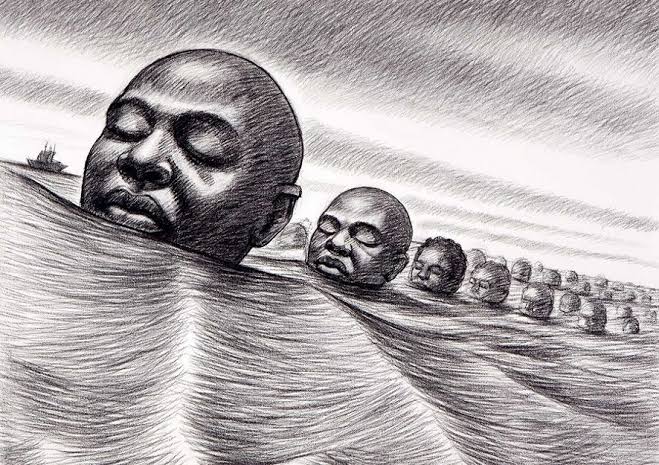 Recognition Of The Igbo Landing

The story of the Igbo slaves who chose death over slavery which had long been part of Gullah folklore; was finally recorded from various oral sources in the 1930s by members of the Federal Writers Project.

A two-day commemoration event took place In September 2002; it was organizing by  the St. Simons African American community, with events related to Igbo history, as well as a procession to the site of the mass suicide. Seventy-five attendees came from different states across the United States, as well Nigeria, Brazil, and Haiti. The site was designated as a holy ground by the attendees as they called for the souls to be permanently at rest. The Igbo Landing is now part of the curriculum for coastal Georgia schools.

Although the Igbo landing site carries no bronze plaque, or a signpost  and remains unmarked on tourist maps; it has become a symbol and a beacon of the traumatizing legacy of trans-Atlantic slavery. Poets, artists, filmmakers, jazz musicians, griots, and even novelists like Toni Morrison have all told versions of the tale.

Although the story is often switched up and  details made to reflect different times and places; the heart of the original tale, one of longing for freedom, resilience and rebellion in captivity; beats through each of these retellings. The stories continue to resonate because those yearnings; whether they are from the cargo hold of a ship or the confines of a prison cell – remain just as intense today.