Red Eboe: Check Out The Similarities Between Jamaicans And The Igbo people Of West Africa 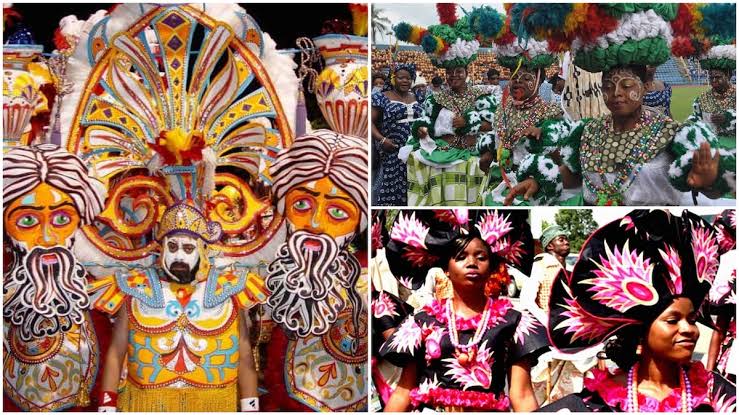 Have you heard of the Term Red Eboe? Here is how it originated. The Bight of Biafra, the home of the Igbo people, was one of the main ports where slaves where shipped off to Europe, the Caribbeans and the Americas. Jamaican ports were particularly the common stops for Igbo slaves shipped from the Bight of Biafra.

The Igbo Slaves In Jamaica

Between the years of 1790 and 1809, Jamaica witnessed the influx of the Igbo people, and by the abolition of slavery; Jamaica was made up of a large number of igbos who were referred to as Red Eboe, due to the color of their skin.

Igbo people were spread on plantations on the island’s northwestern side, specifically the areas around Montego Bay and St. Ann’s Bay; and consequently, their influence was concentrated there. The region also witnessed a number of revolts that were attributed to people of Igbo origin. The Slave owner Matthew Lewis who spent time in Jamaica between 1815 and 1817; and studied the way his slaves organised themselves by ethnicity, noted that; for example, one time when he; “went down to the negro-houses to hear the whole body of Eboes lodge a complaint against one of the book-keepers”. 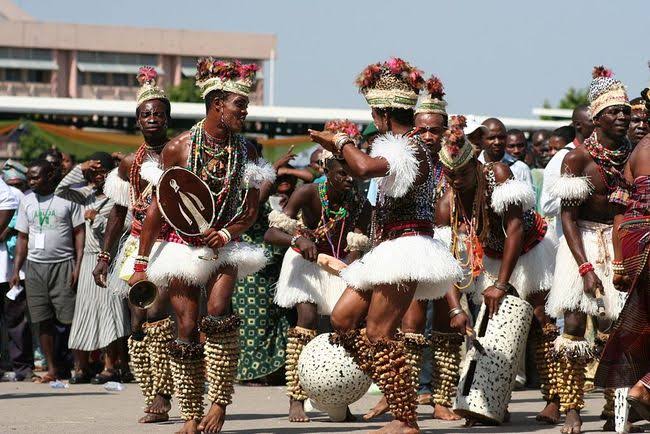 Due to the subsequent relatively large number of Igbo slaves in Jamaica, much of Jamaica’s culture became heavily influenced by the original Igbo culture; brought by the former captured Igbo slaves. Take note that the original inhabitants of the land known as Jamaica in the Caribbean are the people referred to as Red Indians.

And as such, Jamaica’s history cannot be discussed without mentioning the influence and impact of the Igbos. The Igbos influenced the music, festivals, Lifestyle and the language Of Jamaicans. While a most of the linguistic components of the Jamaican Patois is derived from the Akan language of modern-day Ghana; the Igbos, due to their inability to speak the language, the introduced some of their words which have now become infused into the Jamaican Patois.

Here are some examples of the Igbo culture that exists in Jamaica and amongst the Red Eboe till today.

The Igbo people of west Africa are known for elaborate masquerade festivals; a festival that was introduced in Jamaica by the captured Igbos.

Jamaicans or the Red Eboe also practice pouring libations or offering libations just like the Igbo people do. As part of igbo spirituality and Worship, libations are poured on the earth either with water or local Gin. This custom is practiced by Jamaicans.

Igbo culture also influenced Jamaican spirituality with the introduction of Obeah folk magic; accounts of “Eboe” slaves being “obeahed” by each other have been documented by plantation owners.

As the Igbo people became a huge influence on Jamaicans, so did their language. Alot of words that have formed present day Jamaican creole; popularly known as Patois, are derived Igbo words.

Some patois words derived from the Igbo language include;

Soso: the word means “only” both in Igbo and patois.

Domot: Domot is a lose and also direct translation of the Igbo phrase Onu Uzo which means Door Mouth (Domot)

Unu: unu means you or you people both in Igbo and patois

Okra: Okra is a vegetable. The original word is “Okwuru” in Igbo.

Obeah: Means mysticism which comes from the Igbo word Abia/Obia

Proverbs are very important in the Igbo culture. Almost every statement in Igbo land is accompanied by a befitting proverb; and that culture survived the Atlantic Ocean and still lives in Jamaica.

Jamaican: “When you dig a hole/ditch for one, dig two.”