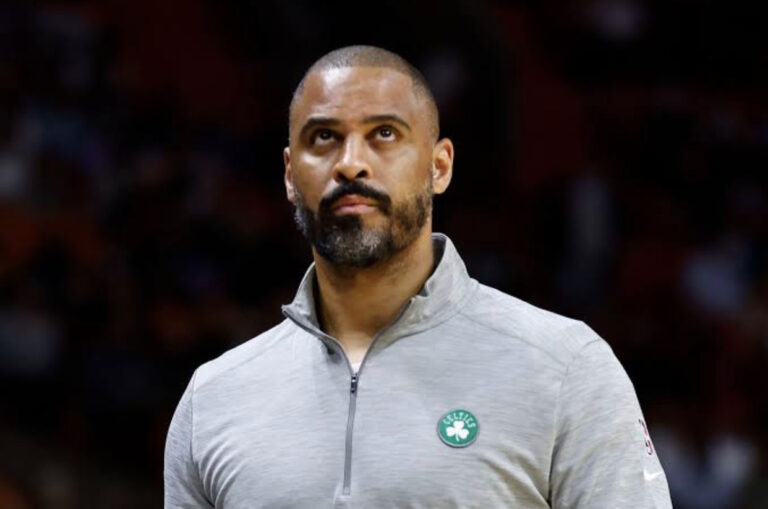 Ime Udoka, coach of the Boston Celtics, was subject to an independent law firm investigation. The investigation revealed that Udoka had used crude language in his conversation with a female subordinate before the two began having an inappropriate workplace relationship. This finding significantly affected the severity of Udoka’s one-year suspension, according to ESPN.

Those investigative findings, which described verbiage on Udoka’s part that was deemed especially concerning coming from a workplace superior, contribute to what is likely a difficult pathway back to his reinstatement as Celtics coach in 2023, sources told ESPN.

The power dynamic associated with a superior’s improper relationship with a staff member was the primary finding and policy violation cited in the law firm’s report, which was commissioned by the Celtics and completed early last week, sources said.

The suspension, which is effective through June 30, 2023, was announced last week by Celtics owner Wyc Grousbeck. According to sources who spoke with ESPN, the team won’t obstruct Udoka if he gets the chance to interview for a coaching position elsewhere. In order to perhaps evaluate Udoka for future coaching employment, several teams have made an effort to have a preliminary knowledge of the whole explanation for his ban, sources told ESPN.

Grousbeck also said Udoka would be receiving a cut in his salary during the suspension.

The Celtics wouldn’t confirm the nature of the violations, but Stevens, the team’s president of basketball operations, became emotional when describing the number of women employed by the Celtics who were targeted by unfounded social media rumors and allegations.

Grousbeck defended the Celtics’ decision to suspend Udoka for the entire season, insisting it was the proper response based on the probe’s findings.

“This felt right, but there’s no clear guidelines for any of this,” he said. “It’s conscience and gut feel. … We collectively came to this and got there but it was not clear what to do but it was clear something substantial needed to be done, and it was.”