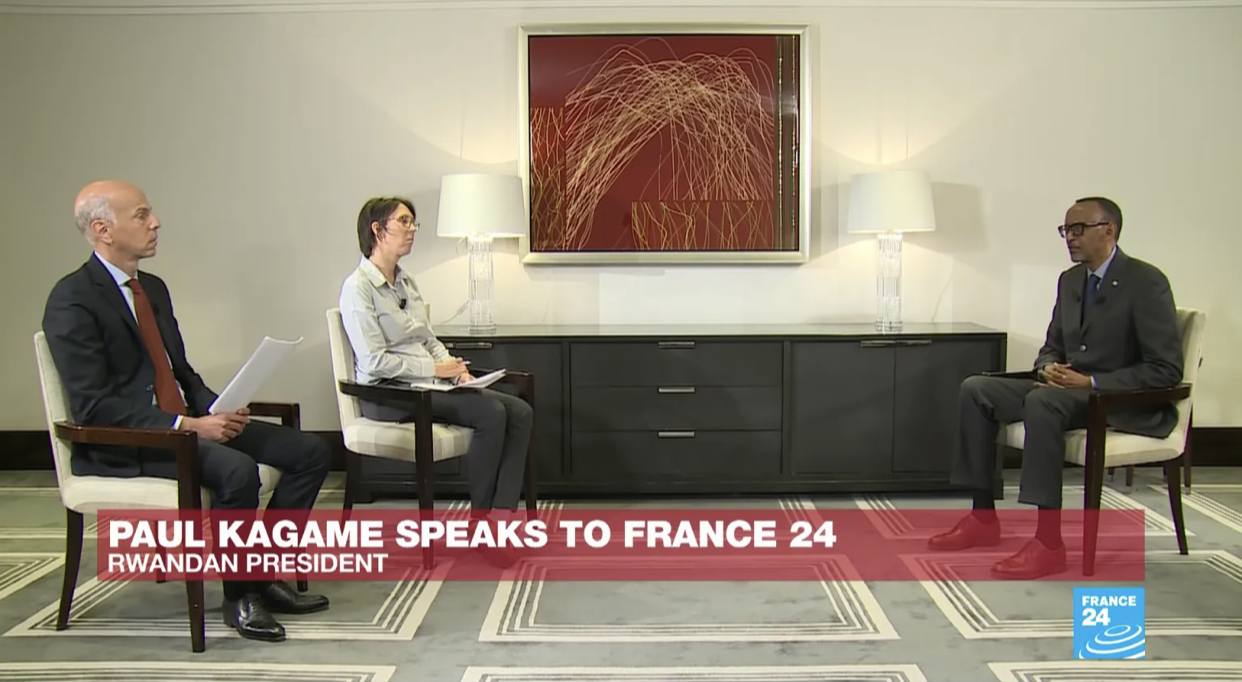 Paul Kagame, President of Rwanda, told French reporters in a recent interview that; the idea of creating the impression that Europeans are the only people capable of practicing fairness or determine; what is fair or not is a racist sentiment to be shared by anyone.

He made this comment in response to questions asked specifically on the arrest of Paul Rusesabagina; who was charged for terrorism and is currently being tried in a Kigali-based court; specialized in international and border crimes.

According to the reporters, his arrest and detainment was unfair per European standards. However, the president helped them to deal with the racist perception by stating that; “I am calling for fair trial myself so it is not the UK or US or European union; no! I want to see a fair trial myself. Why do you think being fair belongs to US or Europe or anybody but not to us?”

Paul Kagame equally dealt with the widespread position that, Europeans and others hold some superiority or supervisory role over human right based issues but not Africans. He also stated that trials are “not seen to be fair in Rwanda or in Africa, it has to be supervised by Europe or US or some other place. No!, absolutely not.” he further added that the said posture is “racist”.

The president who thought that Paul Rusesabagina is being given fair trial like any other Rwandan clarified that; “he is not alone by the way in the trial; there are twenty-something people who are being tried together with him.”

“They were together committing these crimes against Rwandans and Rwanda. They are all appearing in court and in fact, some of them, a few of them are giving overwhelming evidence against him. So I don’t see why people are making lots of noise. He is in court of law, he is not just in, you know, hidden somewhere” Kagame added.

The 66-year old Paul Rusesabagina who became popular for his role in Hollywood movie; Hotel Rwanda was charged with nine crimes by a Kigali-based court which specializes in international and border crimes.

If found guilty, he could serve not less than ten years. According to the provisions of the Rwandan criminal law, the maximum penalties for the above-mentioned crimes range from ten years to life imprisonment.