Jamaicans can now sell their goods and products on Amazon 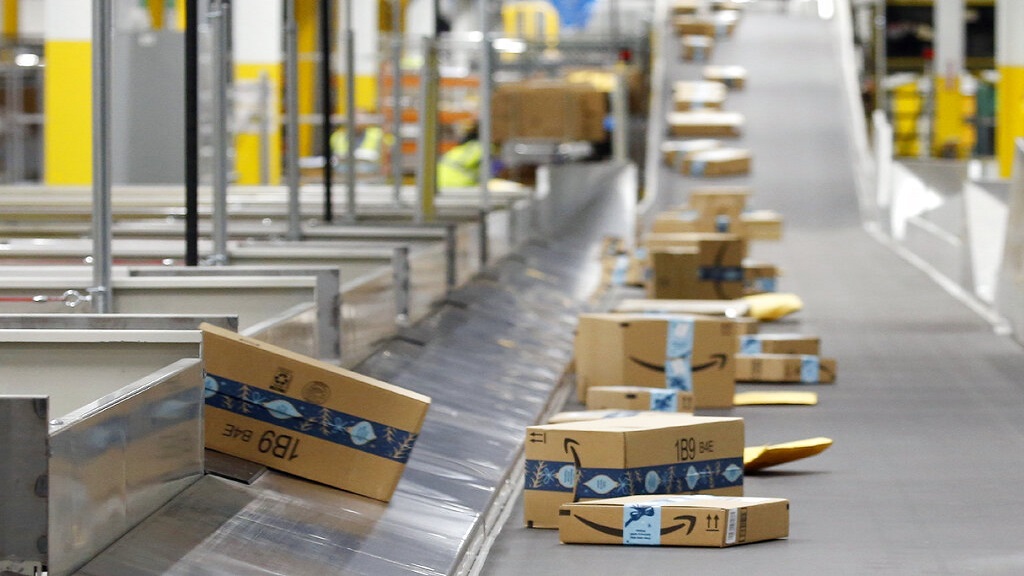 FILE - In this Dec. 17, 2019, file photo, Amazon packages move along a conveyor at an Amazon warehouse facility in Goodyear, Ariz. Amazon’s pandemic boom isn’t showing signs of slowing down. The company said Thursday, April 29, 2021, that its first-quarter profit more than tripled from a year ago, fueled by the growth of online shopping. It also posted revenue of more than $100 billion, the second quarter in row that the company has passed that milestone. (AP Photo/Ross D. Franklin, File)
Share
Facebook Twitter LinkedIn Pinterest Email

Managing Director of the Export-Import Bank of Jamaica (EXIM) Bank, Lisa Bell, has described as a “big deal”; the move by online shopping service, Amazon, to allow Jamaicans to sell their goods on its web platform. Loop Jamaica reports.

She made the declaration while speaking on Wednesday at Parliament’s Public Administration and Appropriations Committee (PAAC).

Bell noted that small local businesses will also stand to benefit from the designation that has been given by Amazon to the country.

“Amazon finally gave Jamaica country status for promotion of their goods. It’s a big deal because it means, as I always say, that a small producer producing castor oil in Clarendon; can get access to Amazon with all its support, because the country has gotten designation,” she said.

Meanwhile, Bell said the move by the brand is an “opportunity” to also “digitise” and assist the island’s small or exporting businesses to; “meet the standards that they will have to meet to take advantage of opportunities in the international marketplace.”

Founded in 1994 by Jeff Bezos, Amazon is the world’s largest online retailer that sells a vast array of products, including music books, movies, and electronics.

Recently, Amazon appended 85 countries, including Jamaica, to its list of approved countries for seller registration. Other notable additions to the list include Pakistan, Venezuela, Saudi Arabia and South Africa.

To be eligible to sell on Amazon, the website informed that persons will; “need to be a resident in one the countries accepted for seller registration; have a valid number, and have an internationally chargeable credit card.”