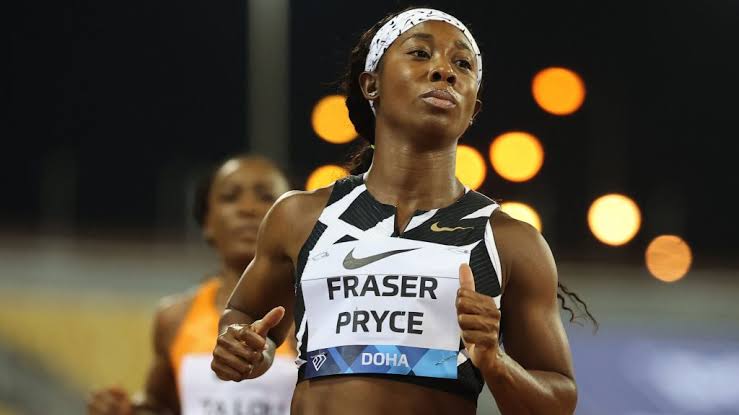 Jamaica’s Shelly-Ann Fraser-Pryce has become the second-fastest woman in history and the fastest woman currently alive; with her 100m sprint NR of 10:63 seconds at the Olympic Destiny meeting in Kingston. The only one to run faster and who holds the world record of fastest women of 10:49 seconds is; late sprinting star Florence Griffith-Joyner from the United States.

The 36 years old, six time Olympic medalist smashed the earlier 2021 world-leading time record of 10:72 seconds which was positioned by Sha’Carri Richardson in March, of the United States. With this win, she becomes the fastest female runner alive replacing Carmelita Jeter of America who ran 10:64 in the year 2009.

Richardson also recently broke her own record with a just recorded 10:64 seconds record. 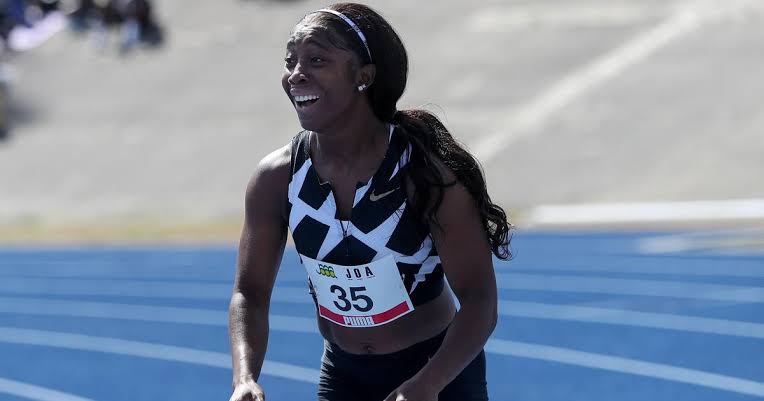 “I just woke to some amazing news. Shelly-Ann Fraser-Pryce has done it again. I give credit when it’s due. You have come back from having a child and showed the world how talented and driven you are. You are officially the Fastest Women Alive. Keep motivating these young Queens”, Carmelita Jeter congratulating Shelly-Ann via tweet.

With the new record and personal best, Shelly-Ann Fraser-Pryce betters her own 10.70, which was shared with another Jamaican sprinter, Elaine Thompson Herah.

Fraser-Pryce, who missed more than a year of action around the birth of her son in 2017; is aiming for a third Olympic 100m title after winning gold in Beijing in 2008 and and London in 2012. She also won bronze in Rio in 2016.

According to Caribbeannationalweekly, She says that the Tokyo Olympic Games will be her last.