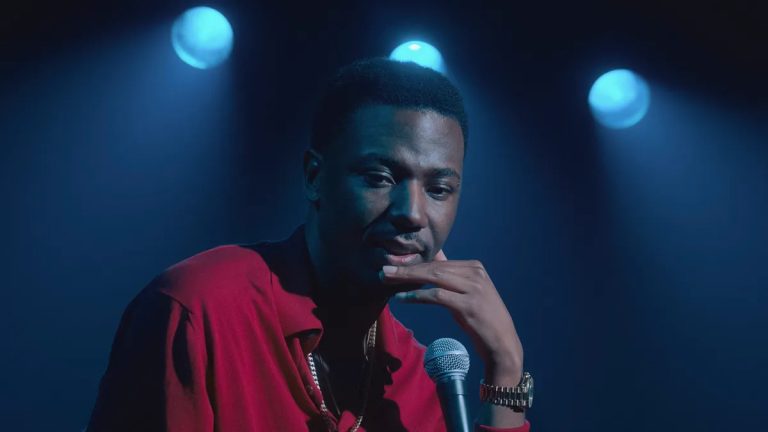 Jerrod Carmichael has asked some brutally honest questions about the Chappelle’s Show star’s apparent obsession with these bigoted remarks.

Carmichael explained in his interview with GQ that, in his experience, younger generations are more accepting and open. “I love this generation,” he stated. “I actually f**k with them, and f**k all those comedians that are going so hard against them.”

Dave Chappelle has been slammed for using transphobic jokes in his Netflix specials and stand-up routines repeatedly. The more people criticize and try to reason with him, the more openly stubborn and offensive he becomes.

Even when he was attacked on stage at the Hollywood Bowl, his first thought was to make a joke that “it was a trans man.” Chappelle has attempted to portray himself as a hero fighting canceled culture.

However, Jerrod Carmichael has pointed out that the successful comedian, who still has sell-out shows and highly rated specials, is anything but canceled.

“Look, I get it. Everybody’s got to create a boogeyman to sell tickets. But it’s not true,” Jerrod Carmichael stated. “Who’s getting canceled for what they’ve said? What does that mean, that people are mad on Twitter? Everybody’s fine. These grown men are fine. I think, a lot of times, people who offer nothing truthful or meaningful about themselves then complain about society at large and create this boogeyman.”

“It’s like, listen, that’s the most urgent thing in your life? God bless you. I’m tired of hearing it. Chappelle, do you know what comes up when you Google your name, bro? That’s the legacy? Your legacy is a bunch of opinions on trans sh*t? It’s an odd hill to die on,” he said. “And it’s like, hey, bro. Who the f**k are you? Who do you f**k? What do you like to do? Childish jokes aside, who the f**k are you? It’s just kind of played. But he’s choosing to die on the hill. So, alright, let him.”