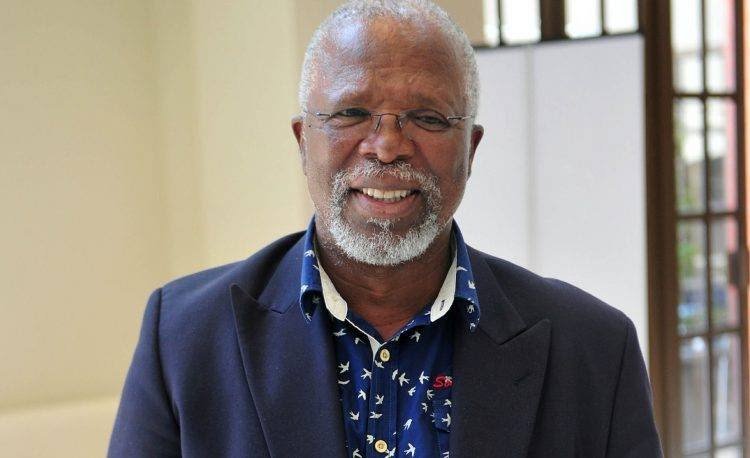 He is an African actor, author, director  and playwright. He is known for his roles in Captain America: Civil War,  Black Panther,  the remake of The Lion King and the 2019 Netflix film, Murder Mystery.

In 1975, after appearing in Athol Fugard‘s anti-apartheid play Sizwe Banzi Is Dead, which he also co-wrote, Kani returned to South Africa. There, he received a phone call saying that his father wanted to see him. On his way there, he was surrounded by police who beat him and left him for dead. His left eye was lost as a result of the incident and he now wears a prosthesis.

Kani joined The Serpent Players (a group of actors whose first performance was in the former snake pit of the zoo, hence the name) in Port Elizabeth in 1965 and helped to create many plays that went unpublished but were performed to a resounding reception.

These were followed by the more famous Sizwe Banzi is Dead and The Island, co-written with Athol Fugard and Winston Ntshona, in the early 1970s. Kani also received an Olivier Award nomination for his role in My Children! My Africa!

Kani’s work has been widely performed around the world, including New York, where he and Winston Ntshona won a Tony Award in 1975 for Sizwe Banzi Is Dead (which ran for 159 performances) and The Island. These two plays were presented in repertory at the Edison Theatre for a total of 52 performances.

In 1987, Kani played Othello in a performance of William Shakespeare’s play of the same name in South Africa, which was still under apartheid. “At least I’ll be able to kiss Desdemona without leaving a smudge,” he said then.

Nothing but the Truth (2002) was his debut as sole playwright and was first performed in the Market Theatre in Johannesburg. This play takes place in post-apartheid South Africa and does not concern the conflicts between whites and blacks, but the rift between blacks who stayed in South Africa to fight apartheid, and those who left only to return when the hated regime folded. It won the 2003 Fleur du Cap Awards for the best actor and best new South African play. In the same year, he was also awarded a special Obie Award for his extraordinary contribution to theatre in the United States.

In 2016, He starred as T’Chaka in the Marvel Studios blockbusters Captain America: Civil War.

In 2018, he starred in Black Panther. The fact that Kani was a Xhosa native speaker led Chadwick Boseman, who played his onscreen son T’Challa, to make that Wakanda’s language, and to learn whole scenes in Xhosa, although he had never studied the language before.

In 2019, Kani appeared in the Netflix film Murder Mystery where he played Colonel Ulenga. He then voiced Rafiki in The Lion King (the live action remake of the Disney animated film).

Kani’s play, Kunene and the King, a co-production for the Royal Shakespeare Company and Fugard Theatre, played in the Swan Theatre in Stratford-upon-Avon in 2019 before transferring back to Cape Town.

In 2006, he was awarded an honorary doctorate by the University of Cape Town. Nelson Mandela Metropolitan University appointed him an honorary Doctor of Philosophy in 2013.

In 2016, Kani received the national honour of the Order of Ikhamanga in Silver, for his “Excellent contributions to theatre and, through this, the struggle for a non-racial, non-sexist and democratic South Africa”.

The main theatre of the Market Theatre complex in Newtown, Johannesburg, has been renamed The John Kani Theatre in his honour.

In 2020 he was awarded an honorary doctorate by the University of the Witwatersrand.

John is married to Mandi Kani and they have a son Atandwa Kani. His son Atandwa is also an actor, who made his debut on U.S. television on the CW series Life Is Wild, and played a younger version of Kani’s character T’Chaka in Black Panther.

The actor has earned a substantial amount of income from acting, directing, play-writing and from his theatre company. He has an approximated net worth of $6 million.