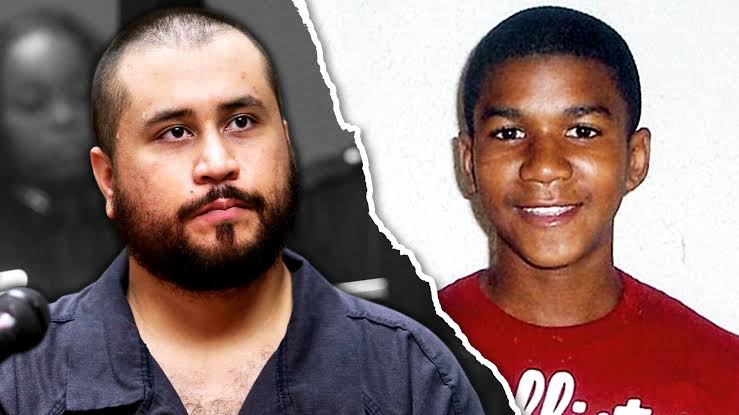 A florida judge has thrown out the $100 million defamation lawsuit filed in 2019 by George Zimmerman against the parents of Trayvon Martin. Trayvon is the black teen who was fatally shot by George Zimmerman in 2012 while walking back from a store. Zimmerman’s lawsuit alleged that Ben Crump, Sybrina Fulton, and Tracy Martin defamed him during the 2013 trial. He also claimed that Trayvon’s parents defamed him in a book they wrote which was published by HarperCollins. Finally, he also claimed that a witness in his trial, Rachel Jeantel, pretended she was talking to Trayvon before he was fatally shot because her half-sister; Brittany Diamond Eugene, didn’t want to testify to the same. Both women were also named in the lawsuit.

However, Tallahassee judge stated that Zimmerman did not show “any fraudulent representation.” And concluded that any further discussions about the case would be pointless.

According to APnews, Judge John Cooper dismissed all counts against all parties listed including; Trayvon’s parents Sybrina Fulton, attorney Ben Crump, Tracy Martin and others.

“There can be no claim for conspiracy to defraud if there is no adequately stated claim for fraud.” Cooper wrote in the order.

Zimmerman claimed he was portrayed as a murderer

Zimmerman also claimed that Trayvon’s parents and Crump were involved in a conspiracy to file charges against him. AP also reports that Zimmerman stated they wanted to “destroy his goodwill and reputation in the community.”

Zimmerman also claimed he was portrayed as a murderer and a racist in the lawsuit filed.

Ultimately, Zimmerman went on to be acquitted for the 2012 murder of Trayvon Martin; because according to the trial jury, there was not enough evidence to prove Zimmerman was not acting in self defense.

The case brought national attention to Florida’s “stand your ground” law and racial injustices across the country.