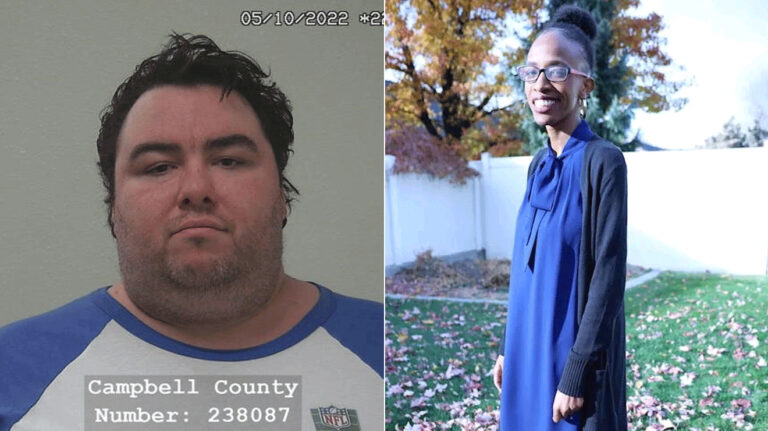 Ms. Irene Gakwa arrived in the United States in 2019 with one goal in mind: to study. However, the 32-year-old is currently missing, and the police in Gillette, Wyoming, are investigating the situation and her whereabouts.

Mr. Nathan Hightman and Ms. Irene Gakwa met on an online dating platform and agreed to live together. They then relocated from Idaho to Gillette, Wyoming.

Mr. Nathan Hightman, 38, was arrested in connection with Irene Gakwa’s disappearance in February.

Gillette police officers arrested Mr. Hightman on May 10, and according to police, he was not cooperating with the investigators.

“Hightman has declined an interview request from the Gillette police department. Information obtained through investigation suggests that she went missing under suspicious circumstances. She was last seen in a video call made to her parents on February 24,” according to the police.

The police also stated that Irene Gakwa was being driven in a gray or silver Subaru Crosstrek with Idaho license plates. They asked the public to report any sightings of the vehicle, which “has been trespassing on private property or appearing out of place since February 24.”

“The Gillette Police Department is also looking for information about a  metal drum that may have been burned and/or abandoned within the county.”

Mr. Hightman, according to Nairobi News, used Ms. Gakwa’s credit cards and other information after her family reported her missing.

Her brother, Mr. Chris Gakwa, told the Nation that the family believes something terrible has happened to her. “We have reason to believe that something terrible might have happened,” Mr. Chris said. “Since she instantly went silent after talking to her parents based in Kenya on February 24,”

He stated that they had received disturbing messages from her phone and had forwarded them to the police. According to court documents obtained by the Nation, Mr. Hightman was questioned by police about his involvement in Ms. Gakwa’s disappearance.

Mr. Hightman claimed he hadn’t seen her since she kissed him goodbye before boarding an SUV. Detectives questioned him about why he had her personal information, including her email, phone number, and money from her bank accounts if they were not on good terms as he said.

According to detectives, Mr. Hightman used Ms. Gakwa’s money to buy various items from a local supermarket and to pay bills at his home. He had initially denied having the bank details and using her money to conduct transactions.

The suspect was apprehended carrying the items from the supermarket after paying the money with her bank details, police told the court.

Mr. Francis Gakwa, Ms. Irene’s father, urged the police to expedite their investigations in an interview with the Nation. He claimed that the information made public indicated that Mr. Hightman was involved in her disappearance.

“If he had closed her social media accounts, he would have been using bank details that belong to my daughter. What else are we looking for?” said Mr. Gakwa, who lives in Nkoroi, Kajiado County.

The family has set up a Facebook page called Find Irene Gakwa, and the public has been invited to join.