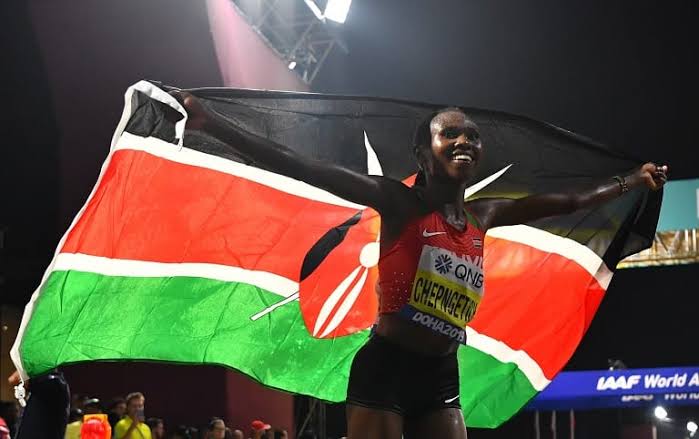 26 year old Ruth Chepng’etich, often spelt Ruth Chepngetich, is a Kenyan road racing athlete, who competes in marathon and long distance track events. She also has gone ahead and smashed the women’s half marathon world record on Sunday in a time of one hour four minutes and two seconds in Istanbul.

The marathon world champion sliced almost half a minute off the previous best mark of 1hr 4:31 set by Ethiopia’s Ababel Yeshaneh in February 2020 in the United Arab Emirates.

Chepngetich, was followed across the line in Turkey by Ethiopian Yalemzerf Yehualaw (1hr 4:40) with Kenya’s Hellen Obiri third in 1hr 4:51.

Winning the race for a third time after 2017 and 2019 she pulled clear of Yehualaw in the final stages to seal her place in the record books.

This was the first time three women have finished inside 65 minutes in one half marathon.

“I am really happy with this amazing result,” Chepngetich told World Athletics. “The world record is something I have been dreaming about for some time, and I am so happy to do it on the streets of Istanbul.”

This is the third time that Chepngetich has won the N Kolay Istanbul Half Marathon (she also finished first in 2017 and 2019). Two years ago, five months after she won the Turkish half marathon in a then-course record; she won gold in the marathon at the 2019 IAAF World Championships in Doha, Qatar.

In November 2020, she finished second to Yehaulaw by running a then-personal best of 1:05:06; at the International Airtel Half Marathon in New Delhi, India. At the time, Yehaulaw clocked the second-fastest half marathon ever by winning the race in 1:04:46.