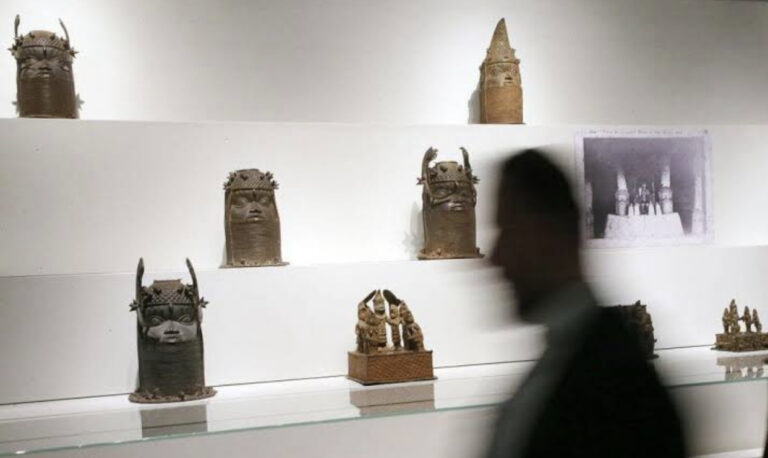 Before being formally repatriated to Nigeria, stolen Benin bronzes that were taken from Africa during the colonial era will be displayed at the Humboldt Museum in Germany. A memorial bust of Benin’s monarch and a pair of thrones will both be on display at the museum. Before they were taken, these items were used to adorn the Benin palace’s walls.

This is the most recent phase in a lengthy series of actions taken by Germany to restore stolen artifacts to Africa. The nation admitted guilt for the genocide it committed in Namibia in May 2021. One of the numerous nations attempting to repatriate stolen historical works of art to their rightful owners is Germany.

In a statement, Hermann Parzinger, president of the Prussian Cultural Heritage Foundation for museums in German’s capital said that there is still a lot of work to do. “When it comes to colonial injustice, I think we’re on the right path,” said Parzinger. “We’re nowhere near the end.”

According to reports, at least 3,000 Benin artworks are scattered across the world and are especially concentrated in Britain, Germany, and the United States. Berlin’s Ethnological Museum currently has about 530 items that were taken from the Benin Kingdom, and according to experts, the British Museum accounts for 440 pieces of those bronze items. Multiple reportshave stated that when the items are returned, Nigeria plans to build a museum in Benin City to house the artifacts.