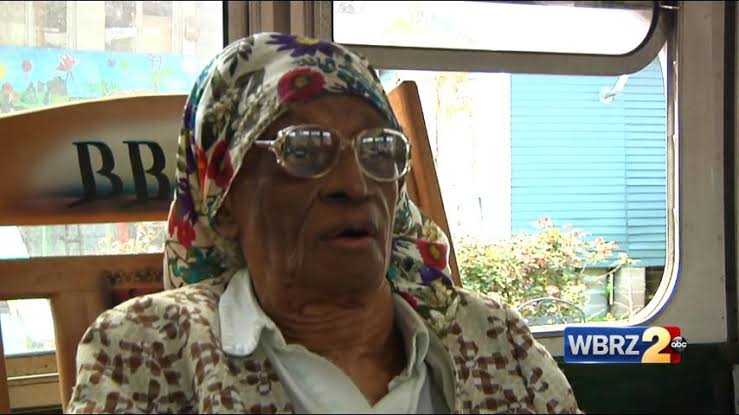 One the 15th day of June in the year 1953, tired and weary after a hard day’s Job and a mile-long walk to the bus stop; 31 year old Martha White who was working as a housekeeper; decided to take the bus home to her mother’s house. After boarding the bus, she sat down in the single available seat in the area allocated for white passengers; and despite the fact that the driver had asked her to leave the seat. She refused, and another Black woman sat by her side as a show of unity.

The bus driver threatened to have the two arrested before the police, the bus company manager and civil rights activist Rev. T.J. Jemison arrived at the scene. Jemison informed the driver of a recently passed ordinance to desegregate the buses in the city, meaning Martha White wasn’t violating any rules.

The Aftermath of Martha White

Following the incident, Bus drivers across the city began a strike against the new ordinance, and it was later overturned by the district attorney. In response, Jemison, attorney Johnnie Jones and activist Willis Reed led a bus boycott for the Black community of Baton Rouge.

They organized groups that went door-to-door, informing bus riders of the boycott and organizing drivers to take them to and from work; according to Jason Roberts, co-owner of the Baton Rouge African American Museum and son of the late activist Sadie Roberts-Joseph. 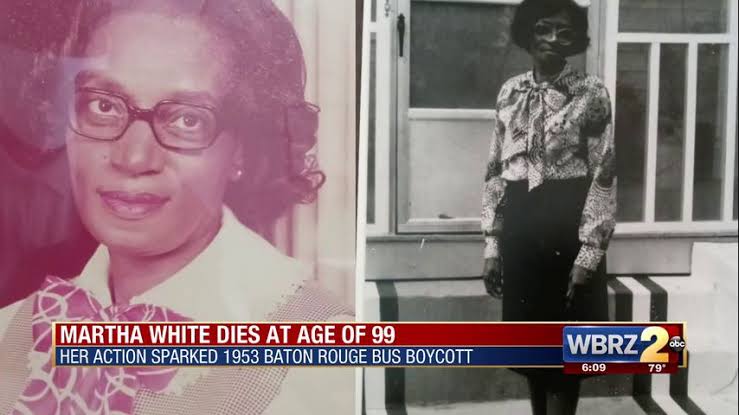 More than 80% of bus riders at the time were Black, so the boycott was a major problem for the city’s public transportation system. Eight days after the boycott’s launch, Jemison negotiated an agreement with the city for better seating arrangements for Black riders.

Baton Rouge’s bus boycott, one of the nation’s first public transportation boycotts of the Civil Rights Movement; later provided the framework for Martin Luther King Jr. to start his own bus boycott in Montgomery in 1955.

By the time Ms. White died at age 99 on Saturday at a nursing home in Baton Rouge, her role as the catalyst in the movement’s first large-scale bus boycott had long been overshadowed; at least on the national level — by the events in Montgomery. But the Baton Rouge boycott remains a milestone event in Louisiana.

“We can make the argument that none of the rest of that history happens without Martha White, ”; Eugene Collins, president of the Baton Rouge N.A.A.C.P., said in an interview.