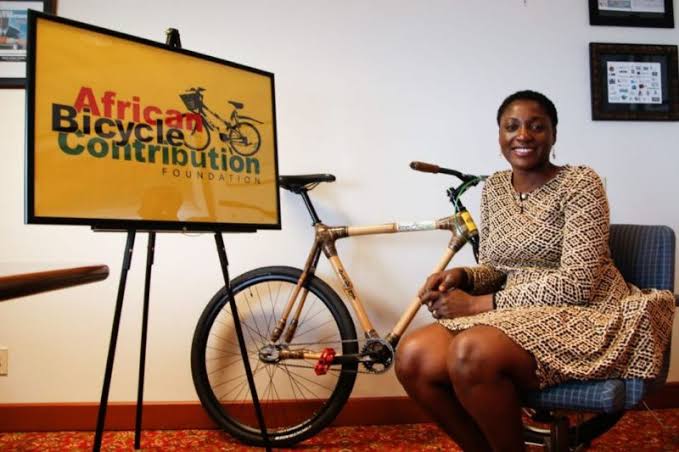 Bernice Dapaah loves the idea of reusing bamboo to promote sustainable cycling. As one of the World Economic Forum’s Young Global Leaders; Dapaah launched the Ghana Bamboo Bikes Initiative, a social enterprise that employs most women to build bicycles from bamboo.

The bikes are exported all over the world, the World Economic Forum reported.

The reason we use bamboo to manufacture bicycles is because it’s found abundantly in Ghana; and this is not a material we’re going to import,” Dapaah, who’s the executive director of the Ghana Bamboo Initiative said. 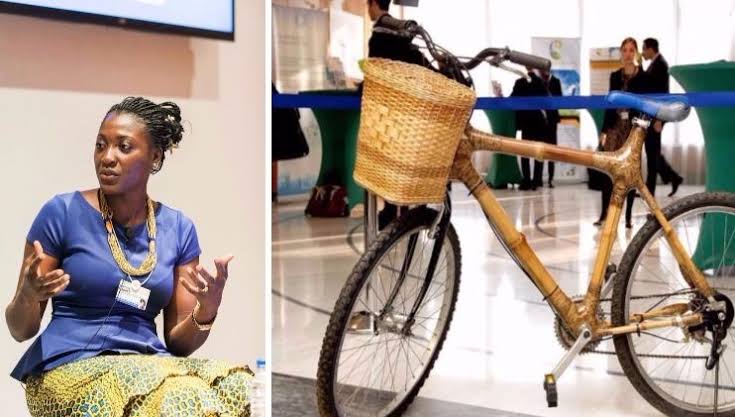 It’s a new innovation. There were no existing bamboo bike builders in our country; so we were the first people trying to see how best we could utilize the abundant bamboo in Ghana.”

There are about seven species of bamboo in Ghana; covering some 300,000 hectares about 5% of Ghana’s forest land.

Despite the abundance of bamboo in the country, which Bernice Dapaah calls; “a miracle plant”, for every bamboo plant that fell to make a bike; the Ghana Bamboo Bikes Initiative plants 10 more.

Knowing how helpful a shorter journey to school can be to academic performance; Dapaah’s Ghana Bamboo Bikes Initiative is helping students save time; on walking to school so they have more time to learn by donating some of the bikes to a schoolchild each time a bike is sold.

Dapaah who’s not a stranger to walking miles to school when she was growing shared her experience with the World Economic Forum. “We had to walk three and a half hours every day before I could go to school,” she said.

And that was the inspiration for the Ghana Bamboo Bikes Initiative and they had so far sold more than 3,000 road, mountain, and children’s bikes with a plan to donate 10,000 bikes to schoolchildren over five years.

“When we started this initiative, I looked back and said, when I was young, I had to walk miles before I could get to school, and sometimes if I was late, I was punished.

“Why don’t we donate bikes for students to encourage them to study and so they can have enough time to be on books.”

She was also named a Vital Voices Lead Fellow in 2013; won the 2013 International Women Alliance World of Difference Award among others.