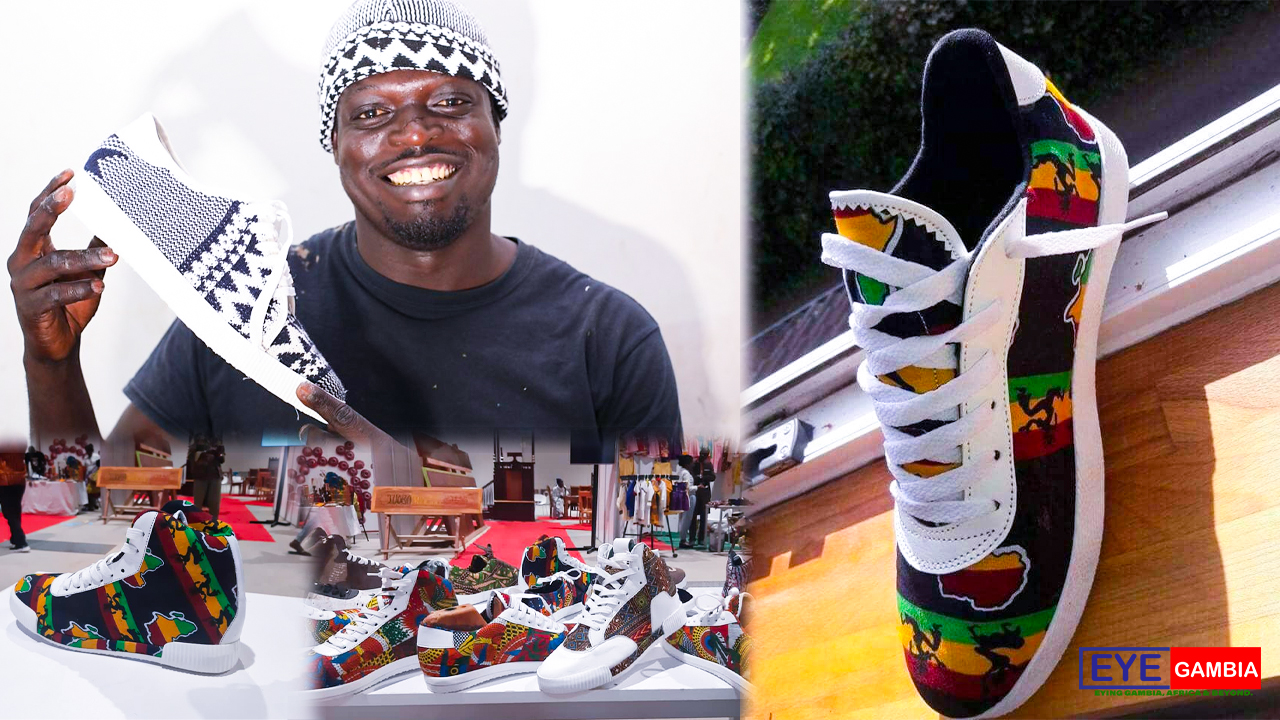 Everything becomes more beautiful when it gets a splash of Africa in it. A designer from Senegal is making beautiful African style sneakers. Cheikh Mbacke Thiam also known as Cheikh Dal which translates as shoe in the Wolof language, is a Senegalese entrepreneur and innovator. He started learning the art of fashion at a very young age and was introduced to shoemaking by his brother. Cheikh started his craft by making shoes for children and eventually fell in love with it.

However, he didn’t like the job at the beginning but his motivation developed when people would stop him on the street to buy shoes that he put on. He says, “ On the day I had someone stop me on the street and asked me for the price and bought them directly. He asked me to take them off and give them to him there. There I knew what I made was valuable” 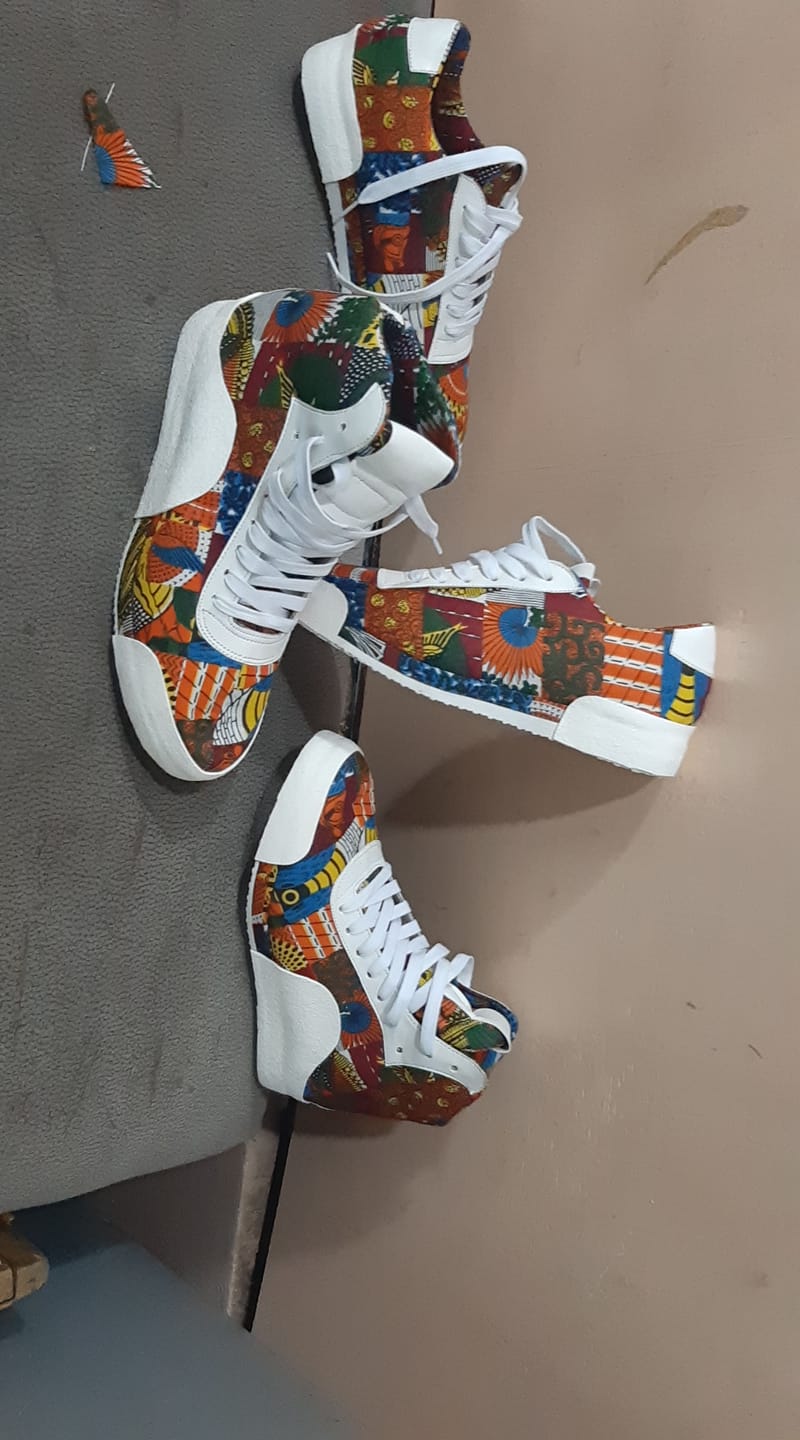 He says that he can turn any fabric that falls under his hand into shoes and accessories. Cheikh Dal is a proud African and he loves to showcase that in his creations, “I style my shoes to carry a unique African identity so as to differentiate them from those made outside”. 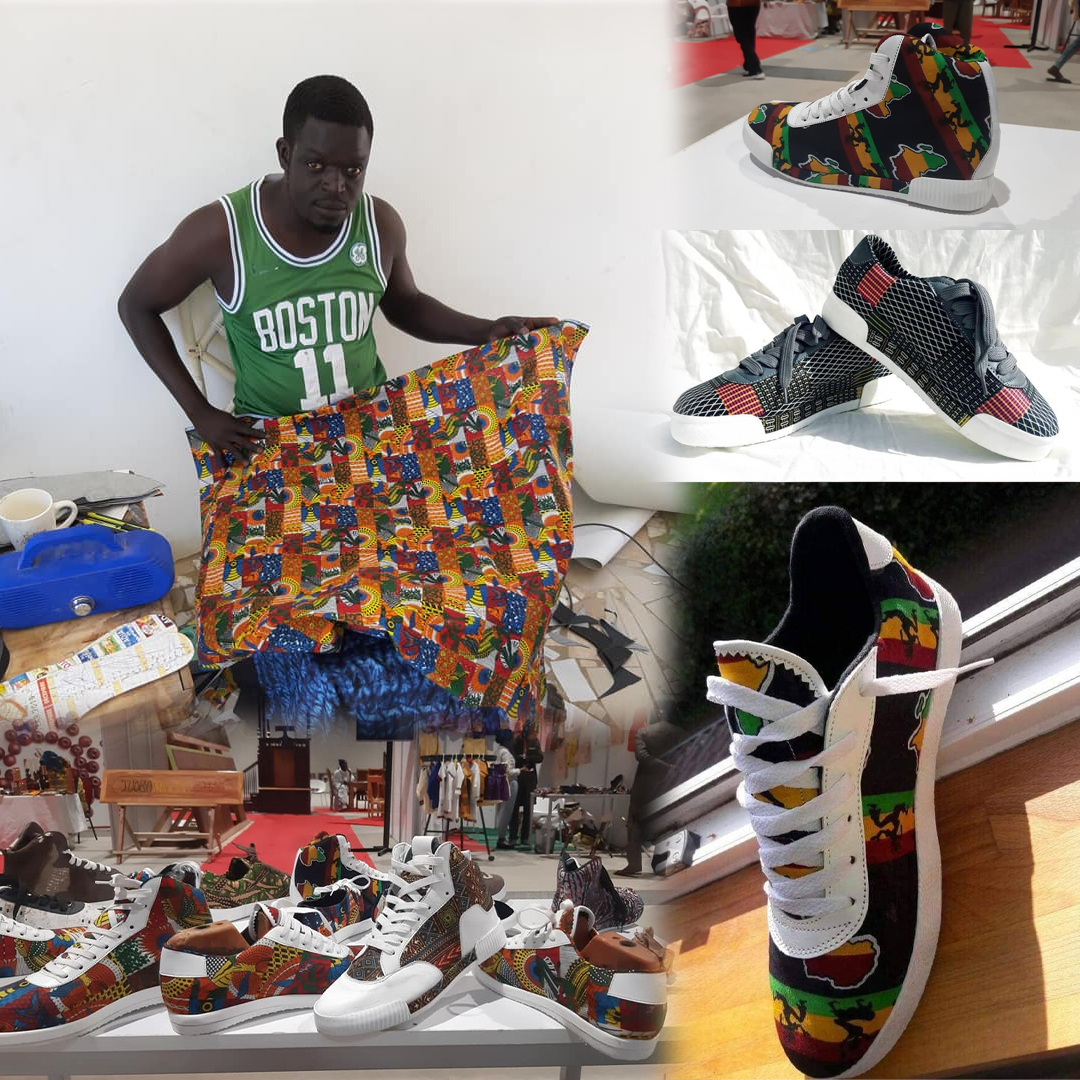 “My dream is to grow big and be competitive in the global market for shoes” he stated. Creative people like Cheikh need investment from private investors and support from government institutions to help them venture into large scale productions. Africa has a purchasing power of trillion of dollars with a huge market population, so it’s just right we start supporting our businesses for GDP growth and job creations.

For more information on how to reach Cheikh Thiam, send a message to EYEGAMBIA.