Senegalese Wrestling: To Be A Wrestler In Senegal, You Must Know How To Dance 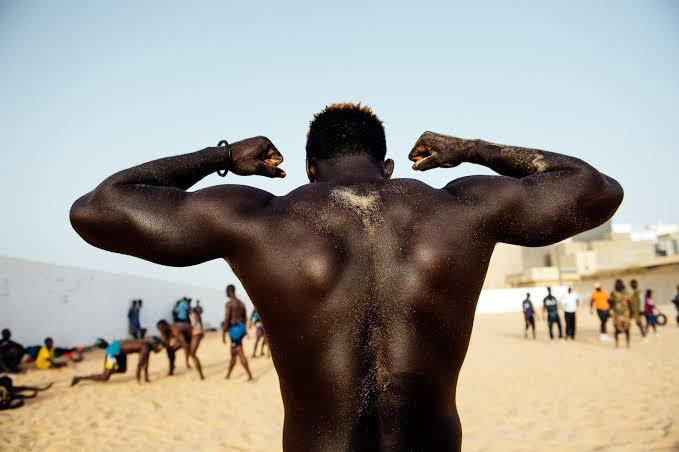 Senegalese wrestling is a type of folk wrestling traditionally performed by the Serer people and now a national sport in Senegal and parts of The Gambia; and is part of a larger West African form of traditional wrestling.

Wrestling is the most popular sport in Senegal. In addition to being well trained physically, Senegalese wrestlers also have to be good dancers. A lovely aspect about Senegalese wrestling is all the prep & festivities before the actual fight. This part happens an hour before the actual fight. Each wrestler has their own creative dances unique to them. 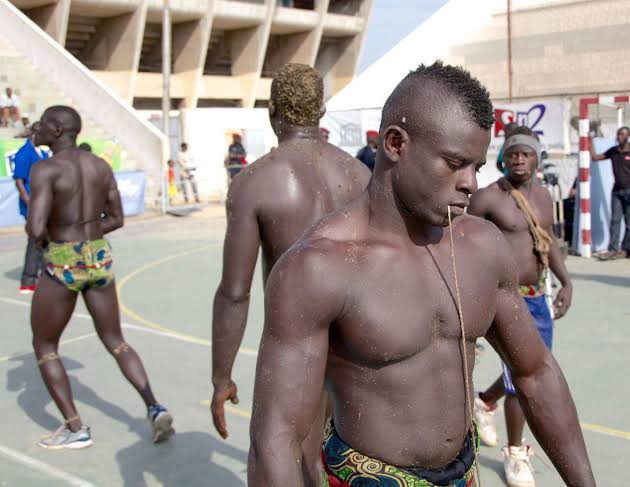 Before the match, each wrestler performs what’s called a “Bakk”. It’s an oral art & dance performance. The wrestlers do this to show what they got and boast to their opponent. It also hypes up their fans. It’s a nice display of Senegalese wrestling and culture. During their bakk, each wrestler may also pour some potions on them as good luck made by marabouts. Marabouts are traditional Muslim leaders in West Africa. It’s believed that winning a wrestling match is due not only to good training but a bit of luck as well which is why they each come with their potions made by marabouts.

The bakk is a display of dance & other traditional elements. Sometimes outside of the matches, wrestlers will have open exercises where their fans come to watch them train. They involve dancing into their training as well.