MEET OMOWUNMI SADIK, THE INVENTOR OF BIOSENSORS THAT DETECT BOMBS 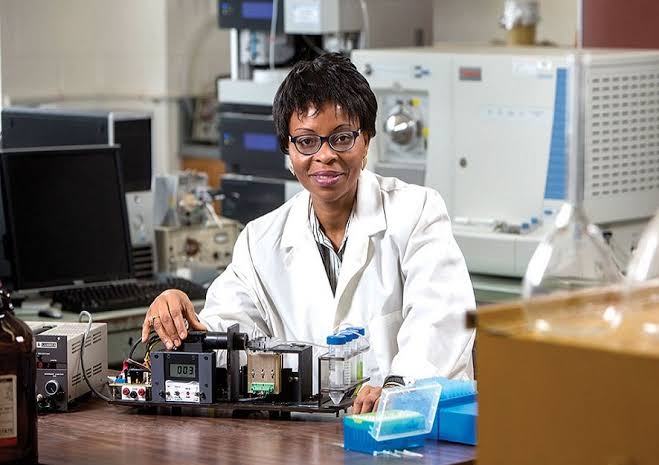 She is also the recipient of several fellowships to include the American Institute for Medical and Biological Engineering; the Royal Society of Chemistry, and the National Research Council to name a few.

According to patent number 20060275786A1, the request for the patent was filed on December 7, 2006. Sadik also has patents for additional distinct biosensors.

Sadik studies surface chemistry, with particular emphasis on the development of biosensors for use in environmental chemistry; she has also found that conducting polymers are especially promising for use in sensing applications. Omowunmi has further developed microelectrode biosensors sensitive to trace amounts of organic materials; technology which can be used for drug and bomb detection. 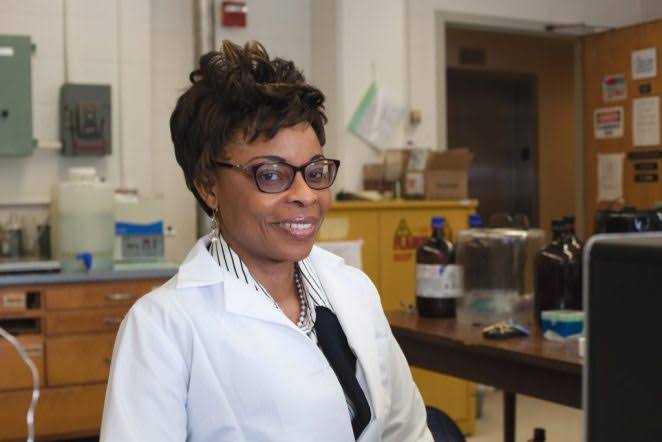 She is also a collaborator with the Environmental Protection Agency, the National Science Foundation, UNESCO in Romania, Turkey, and Japan; and previously a panel member for the National Institution of Health on Instrumentation and Systems Development.

In 2012, Sadik in conjunction with Barbara Karn formed the not-for-profit Sustainable Nanotechnology Organization.

Omowunmi Sadik is currently a professor at Binghamton University in Upstate, New York while formulating technology that will recycle metal ions from waste for industrial and environmental purposes.