Valerie Thomas, The Black Woman That Invented The 3D Optical Illusion Transmitter That Is Helping NASA 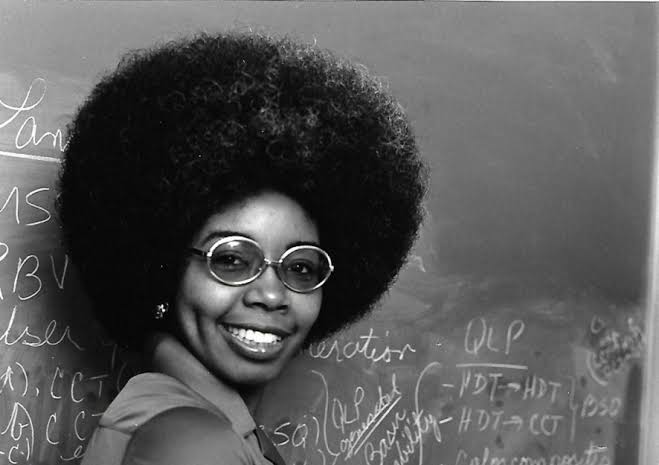 As a child, Valerie Thomas was fascinated with the mysteries of technology; so she began tinkering with electronics with her father and reading books on electronics written for adolescent boys. But, because she was black and a woman at that time; the likelihood of her enjoying a career in science seemed bleak, as her all-girls high school; did not push her to take advanced science or math classes or encourage her in that direction.

Nonetheless, her curiosity was piqued and upon her graduation from high school, she set out on the path to become a scientist. 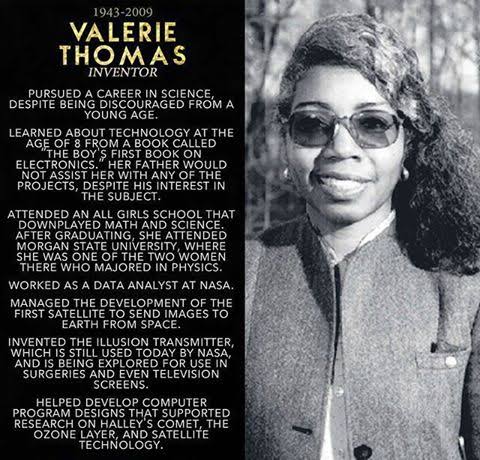 Valerie Thomas enrolled at Morgan State University and performed exceedingly well as a student; graduating with a degree in physics becoming one of only two women in her class to do so. Upon her graduation, she accepted a position with the National Aeronautics and Space Administration (NASA), serving as a data analyst. After establishing herself within the agency, she was asked to manage the Landsat project; an image processing system that would allow a satellite to transmit images from space.

In 1976 Thomas attended a scientific seminar where she viewed an exhibit demonstrating an illusion. The exhibit used concave mirrors to fool the viewer into believing that; a light bulb was glowing even after it had been unscrewed from its socket. Thomas was fascinated by what she saw, and imagined the commercial opportunities for creating illusions in this manner.

Fueled by her curiosity and ingenuity, In 1977 Valerie Thomas began experimenting with flat mirrors and concave mirrors. Flat mirrors, of course, provide a reflection of an object which appear to lie behind the glass surface.

A concave mirror, on the other hand, presents a reflection that appears to exist in front of the glass; thereby providing the illusion that they exist in a three-dimensional manner. Thomas believed that images, presented in this way could provide a more accurate; if not more interesting, manner of representing video data.

She not only viewed the process as a potential breakthrough for commercial television; but also as scientific tool for NASA and its image delivery system.

Valerie Thomas Gets Her Patent

Thomas applied for a patent for her process on December 28, 1978 and the patent was issued on October 21, 1980. The invention was similar to the technique of holographic production of image recording which uses coherent radiation and employs front wave reconstruction techniques which render the process unfeasible due to the enormous expense and complicated setup.

Parabolic mirrors, however, can render these optical illusions with the use use of a concave mirror near the subject image and a second concave mirror at a remote site. In the description of her patent, the process is explained. Optical illusions may be produced by parabolic mirrors wherein such images produced thereby are possessed with three dimensional attributes. 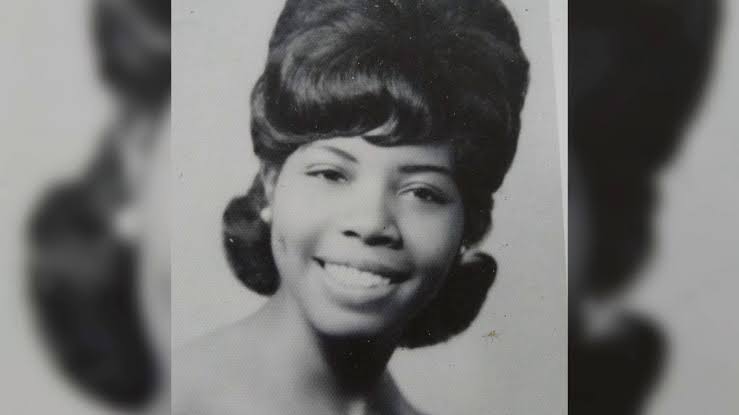 The optical effect may be explained by the fact that the human eyes see an object from two view points separated laterally by about six centimeters. The two views show slightly different spatial relationships between near and near distant objects and the visual process fuses these stereoscopic views to a single three dimensional impression. The same parallax view of an object may be experienced upon reflection of an object seen from a concave mirror. The Illusion Transmitter would thus enable the users to render three-dimensional illusions in real-time.

Valerie Thomas continued working for NASA until 1995 when she retired. In addition to her work with the Illusion Transmitter she designed programs to research Halleys comet and ozone holes.

She received numerous awards for her service, including the GSFC Award of Merit and the NASA Equal Opportunity Medal. In her career, she showed that the magic of fascination can often lead to concrete scientific applications for real-world problem-solving.