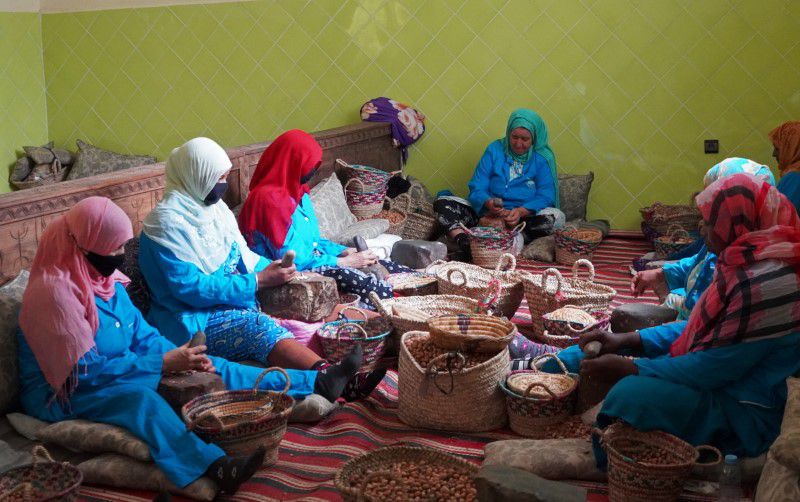 In the mountains of southern Morocco live local women who harvest argan oil, a natural product which they have long used in cooking their food; but has now become highly prized; due to the global beauty industry using it as an anti-aging skin treatment and a restorative for hair. 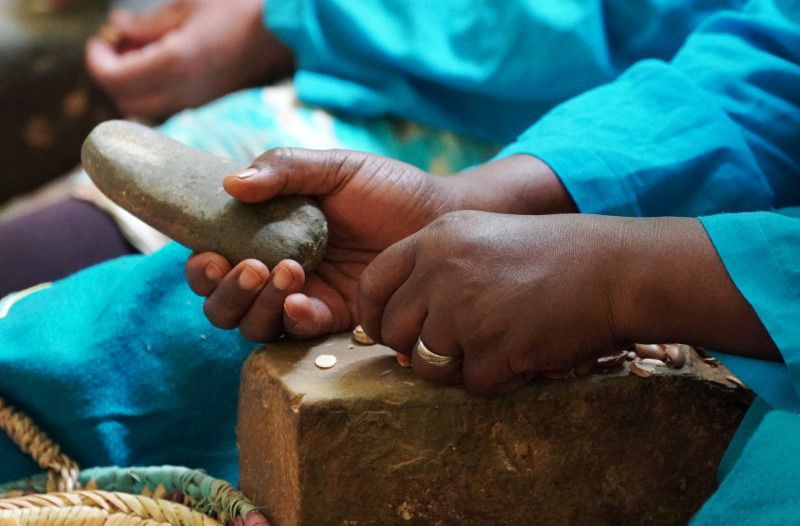 The Most argan oil is produced by local cooperatives of Amazigh-speaking Berber women; around the cities of Agadir, Essaouira and Taroudant; where the argan tree, which bears small green fruit resembling an olive, is common.

For centuries the oil, which is among the most expensive in the world; has been extracted by drying the argan fruit in the sun, and then  peeling and mashing the fruit then crushing and grinding the kernel with stones.

The oil was traditionally used as a flavouring and a savoury dip for bread. As an ingredient it is still common in Morocco and now also exported for food.

Its use as a beauty product has created a surge in demand for the oil by international cosmetics companies, however; It also means that local groups are investing in more appealing packaging. The oil now costs around $30-50 a litre locally; but can sell on the international market in smaller high-end bottles for up to $250 a litre. 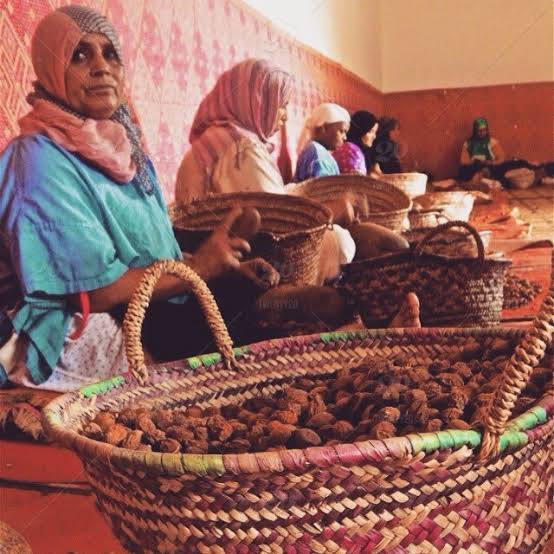 In the Tiout oasis near Taroudant (600km south of Rabat), the Taitmatine cooperative employs 100 women to produce argan oil; offering them a salary, free childcare, health insurance and literacy courses.

According to Reuters, the cooperative, whose name in Amazigh means “sisters”, was set up in 2002.

Although there are new machines they use to help process the fruit have helped speed up the work; the women still have to remove the hard shell of the kernels by hand by pounding it with a stone; before the inner kernel can be pressed by a machine to extract the oil. 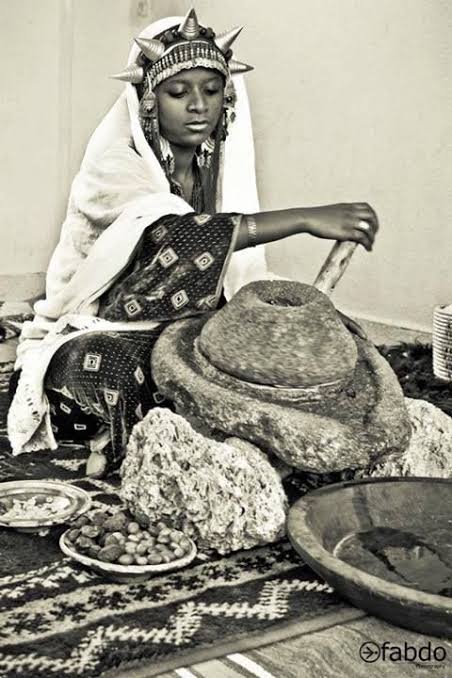 “It takes up to three days of grinding for every woman to get one litre of Argan oil,” said Mina Ait Taleb, head of the Taitmatin cooperative.

“We work here but we also have fun and sing together,” said Zahra Haqqi speaking in a room where dozens of women were grinding outer argan kernels using stones.