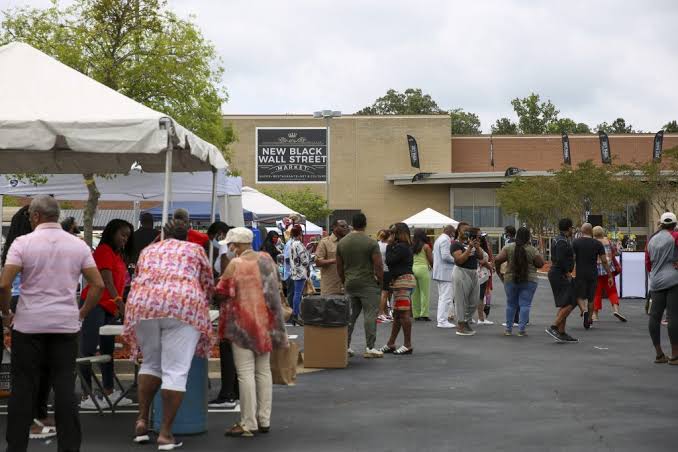 The New Black Wall Street Market in Stonecrest, Georgia, welcomed 10,675 people on its opening day. “I came from Memphis, Tennessee, just for this,”; said Keith Leavy who waited two years to come to the market’s grand opening after several months of delays.

The Black Wall Street Market building occupies a former 125,000 square foot Super Target building across from Stonecrest Mall, about 16 miles east of Atlanta’s downtown. The Market stands as a 21-century homage to the original Black Wall Street that was destroyed by white mobs in Tulsa, Oklahoma, a 100 years ago.

Opening day saw lines throughout the building, especially in the food court. Vendors sold an abundance of items, from books by Black authors; to African-inspired clothing full of bright colors and patterns as well as apparel representing Black sororities and fraternities. Tons of art was available on opening day, much of it depicting Black icons from Malcom X to Martin Luther King, African kings and queens, to African villages full of families. 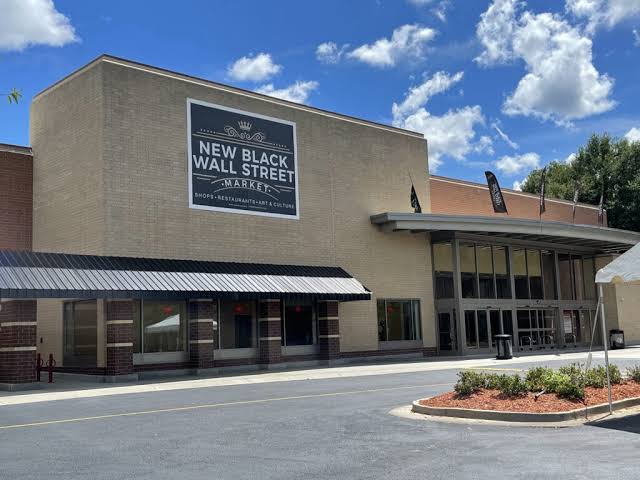 Vendors like Baba Adams of Universal Love Jewelry was thrilled to be on hand. “I’m jumping for joy to do something to support us as a people,” Adams said. Trinity Ross is the owner of Trinity’s Organics, a company she founded in 2018 selling organic soap products. She was nervous about opening day, considering the market will be her first in-person store; she had previously operated online.

“It’s amazing, I have family that came all the way from St. Louis to come see my store and get the experience of the Black Wall Street Market. It can be a new tourist spot for the city,” said Ross as she is eager to see how the flood of customers could benefit her business.

Charis McWhorter is a co-founder of Zoet Beauty Supply. The market will play host to her and her business partner’s second location. “My customers and the people that frequent my business are 90-something percent Black so why not be in a market for my people, by my people,” said McWhorter.

The New Black Wall Street Market was originally slated to open on Labor Day weekend; but an increase of COVID-19 cases in the metro Atlanta area caused the market’s owners to delay the opening.