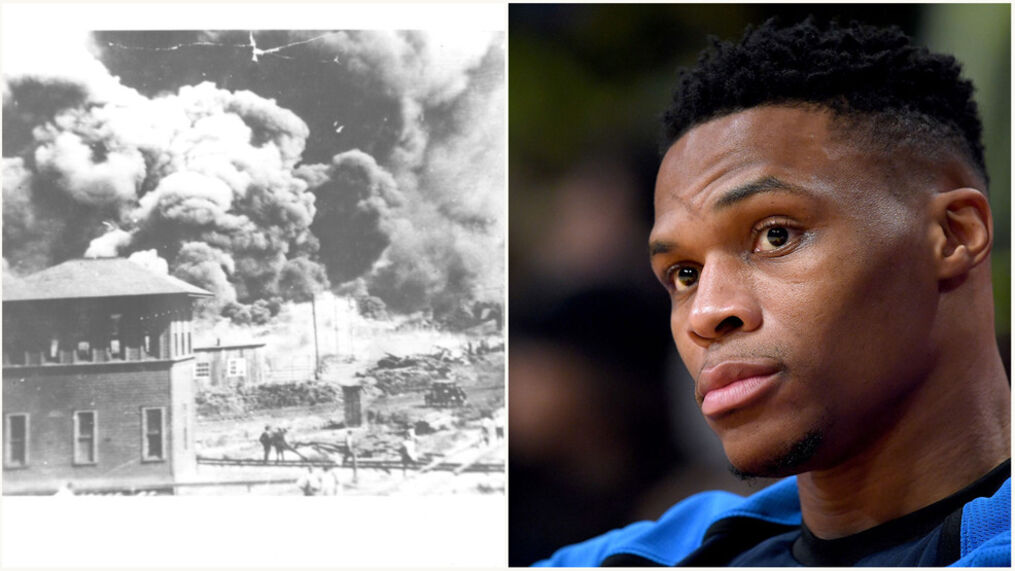 The Tulsa race massacre remains one of the highest evils done against the African American population in the United States; where a violent mob of white people destroyed a thriving Black Community; a successful black Wall Street. In a welcomed and prestigious move, NBA star Russell Westbrook is taking a bold stand in bringing a documentary about the massacre to The History Channel.

In an attempt to sweep it under the rug, the media, for a century has termed it a riot; when in actual fact, it was an organized massacre of black people by whites, out of envy for their success.

As this year marks the 100th anniversary of the Tulsa Race Massacre, A&E Television Networks announced that the movie project had gotten the green light to be aired in the spring of this year, 2021.

In a News release from A&E Television Networks, Westbrook said; “The Tulsa Race Massacre was not something I was taught about in school or in any of my history books… It was only after spending 11 years in Oklahoma that I learned of this deeply troubling and heartbreaking event. This is one of many overlooked stories of African Americans in this country that deserves to be told. These are the stories we must honor and amplify so we can learn from the past and create a better future.”

Russell Westbrook is serving on this project as the executive producer.

The working title for the two-hour documentary is; “Tulsa Burning: The 1921 Race Massacre.”

The documentary will feature rare archival footage of the massacre. It will be directed by Stanley Nelson (Peabody and Emmy Award Winner), and Marco Williams.