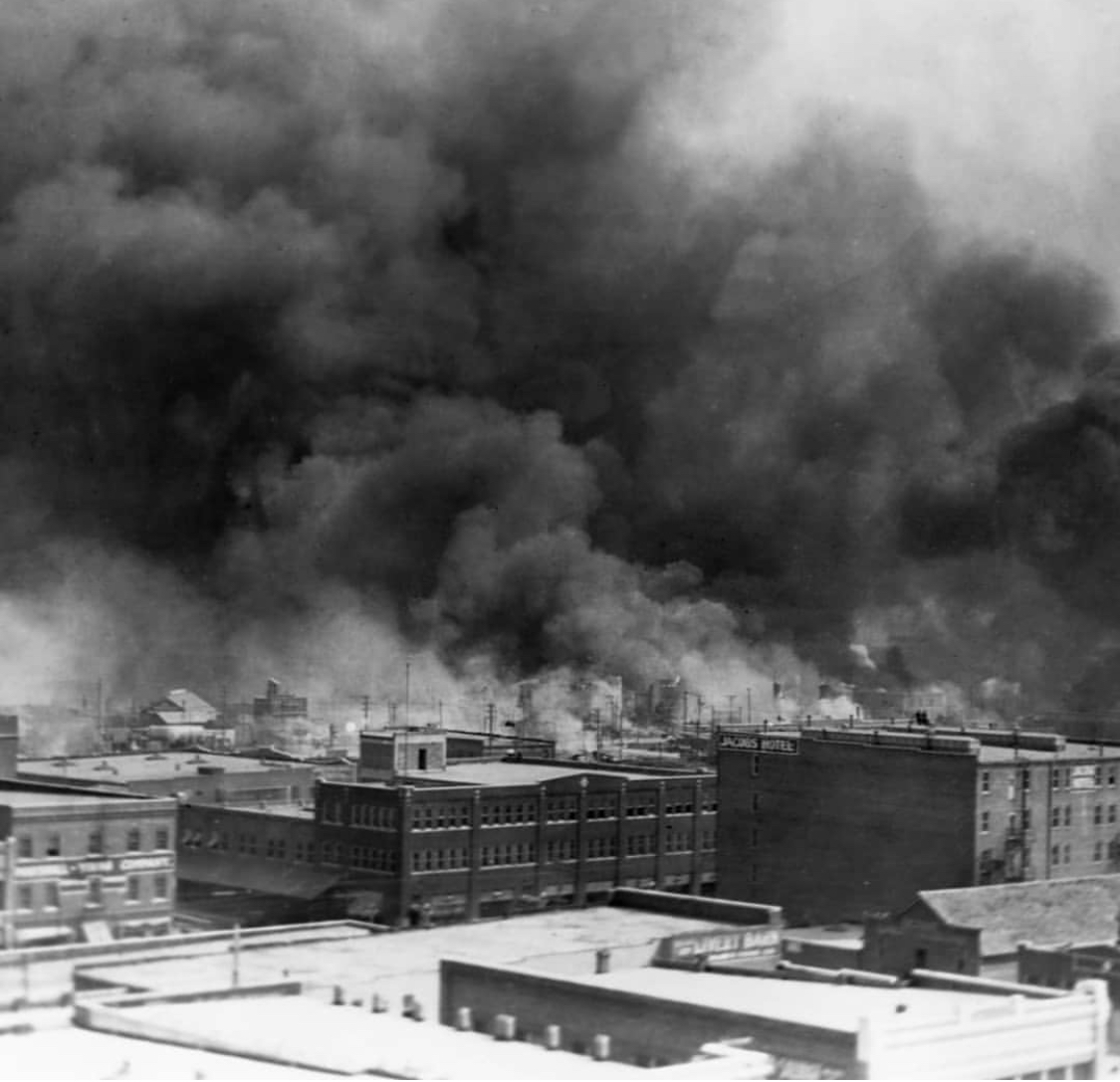 99 years ago—on May 31 and June 1, 1921—the Tulsa massacre occurred on; “Black Wall Street”, the wealthiest black community in the United States at the time.⁣⁣
⁣⁣
Black businesses that flourished on Greenwood Avenue were attacked and destroyed by an angry white mob. 35 city blocks were destroyed, 1,200 homes burned to the ground and an estimated 300 black people were killed.⁣⁣ 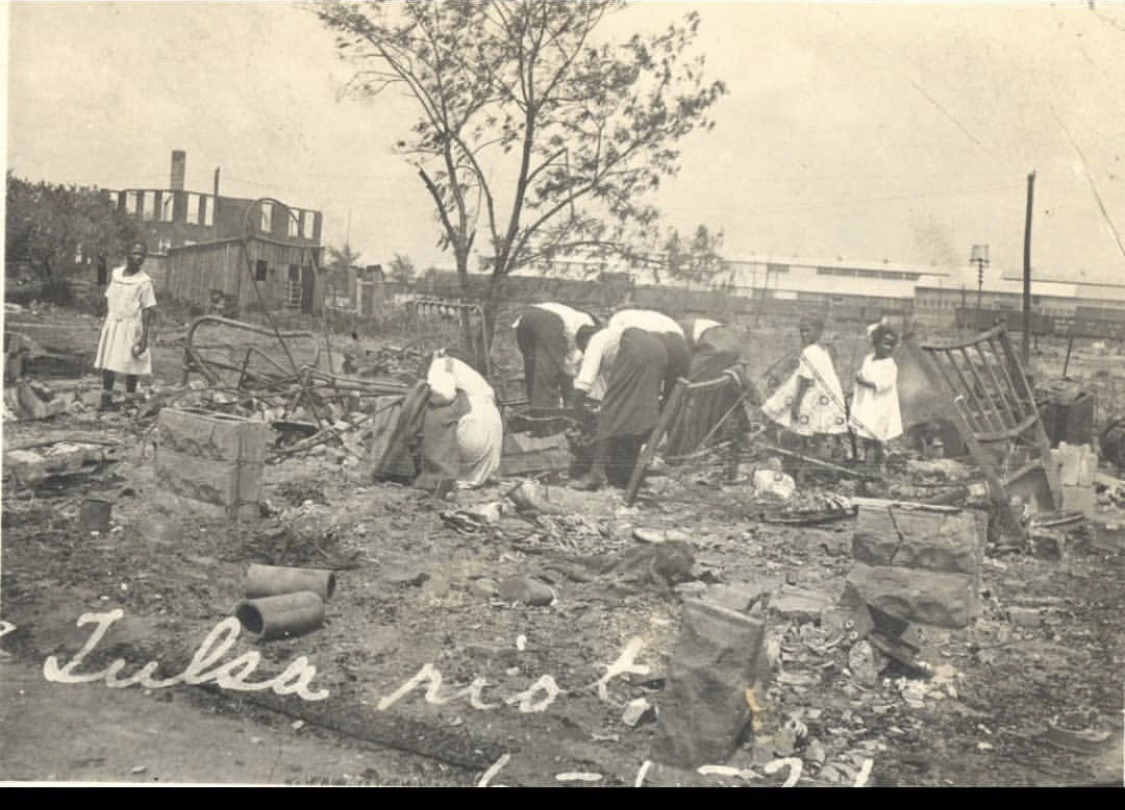 ⁣⁣
Eyewitnesses said they saw a dozen or more private planes in the sky dropping burning balls of turpentine onto the buildings. It has been called “the single worst incident of racial violence in American history.”⁣⁣

In the 1920s, the Greenwood District was dubbed “Black Wall Street” as the community boasted more than 300 black-owned businesses; including two theaters, doctors, pharmacists and even a pilot who owned his own private airplane.

The success of this black community, however, caused some white people in Tulsa to become envious and angry; according to Mechelle Brown, director of programs at the Greenwood Cultural Center.

They commented, “‘How dare these negroes have a grand piano in their house, and I don’t have a piano in my house’,” Brown told CNN’s Sara Sidner in 2016.

The tension reached its tipping point after an elevator incident between a 17-year-old white girl named Sarah Page; and a 19-year-old black man named Dick Rowland.

Page worked as an elevator operator and Rowland would use the elevator almost every day.

“This particular day after the elevator doors closed and Sarah Page and Dick Rowland were alone in the elevator a few moments, there was a scream,” Brown said.

After the elevator doors opened, Roland ran and was later arrested. Page initially claimed that she was assaulted, Brown said.

Other historic accounts say Rowland tripped leaving the elevator; grabbed Page’s arm, she screamed and an onlooker went to authorities.

While Page never pressed charges, authorities did; and by the end of the day the rumor was that Page had been raped.

White and Black People confronted each other at the courthouse where Roland was being held. After shots were fired, all hell broke loose.

Outnumbered African Americans retreated to Greenwood District, but early morning the next day; a white mob started to loot and burn businesses in Greenwood, according to the Tulsa Historical Society and Museum.

In a span of just 24 hours, 35 square blocks were burned and over 1,200 houses destroyed. Contemporary reports of deaths began at 36, but historians now believe as many as 300 people died, according to the Tulsa Historical Society and Museum. 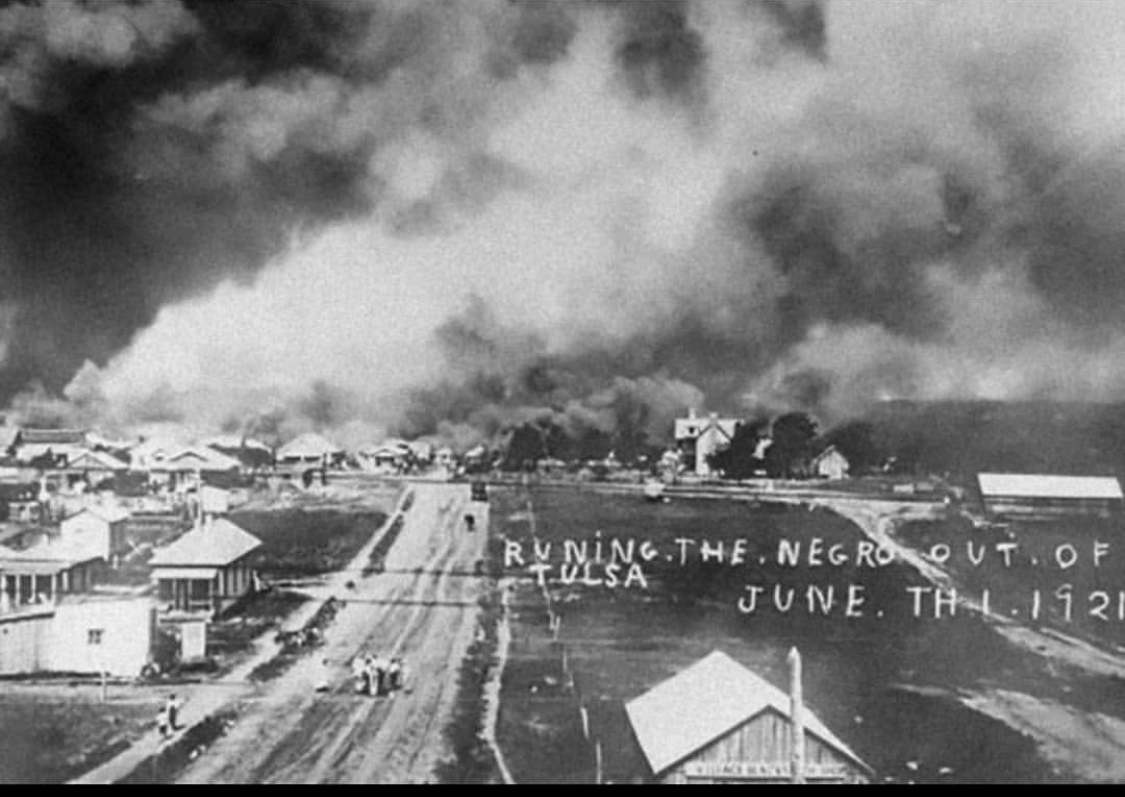 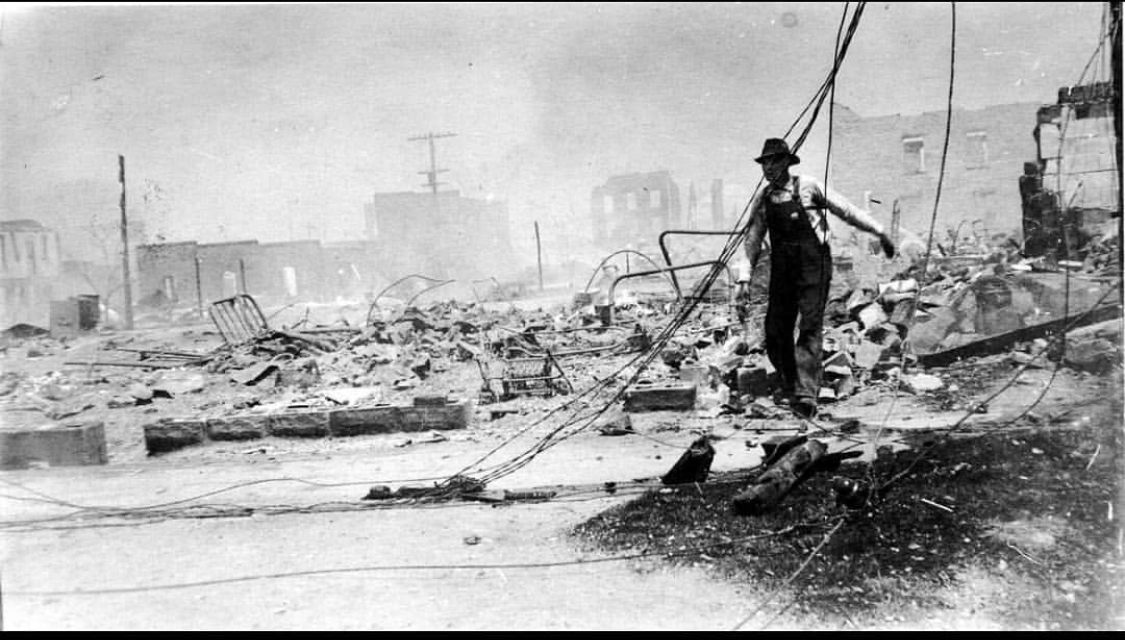 At the end of the violence, Black Wall Street had been decimated. Photos show dead African American residents lying in the streets. The scene was recreated in the first episode of the HBO series “Watchmen.”