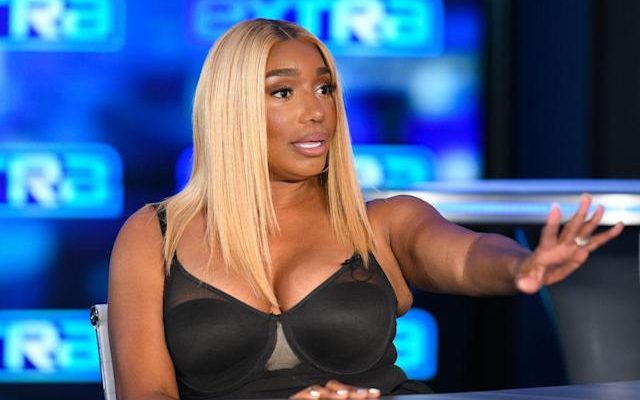 Former Real Housewives of Atlanta star NeNe Leakes filed a complaint against the show’s producers, saying that they produced and condoned a hostile and racist work environment.

The Associated Press reports that Leakes complained to program bosses about racist remarks made by white castmate Kim Zolciak-Bierman.

Rather than taking action against Zolciak-Bierman, Leakes was penalised.

Companies included in the complaint include NBCUniversal, Bravo, True Entertainment, and Truly Original.

Andy Cohen, the show’s executive producer, has also been named.

The suit claims that NBC, Bravo, and True establish a corporate and professional culture in which racially insensitive and inappropriate behavior is condoned – if not encouraged.

When a scenario was intended to take place at a BBQ, Zolciak-Bierman remarked in the complaint saying, “I don’t want to hang around with NeNe Leakes and eat chicken.”

In season five, Zolciak-Bierman referred to Kandi Burruss’s area as ghetto, implying that Burruss did not require a swimming pool.

She is also accused of using the N-word in relation to NeNe Leakes, as well as referring to her home as a roach nest and spreading false stories about drug misuse.

“As the Black Lives Matter movement swept our country, Mrs. Leakes — Bravo’s historically most successful Black female star — should have been embraced by NBC, Bravo, and True,” according to a portion of the lawsuit.

“Instead, NBC, Bravo, and True kicked her out of the home she built, depriving her of a regular position.”

The suit did not involve Zolciak-Bierman. Leakes was on RHOA for seven seasons.