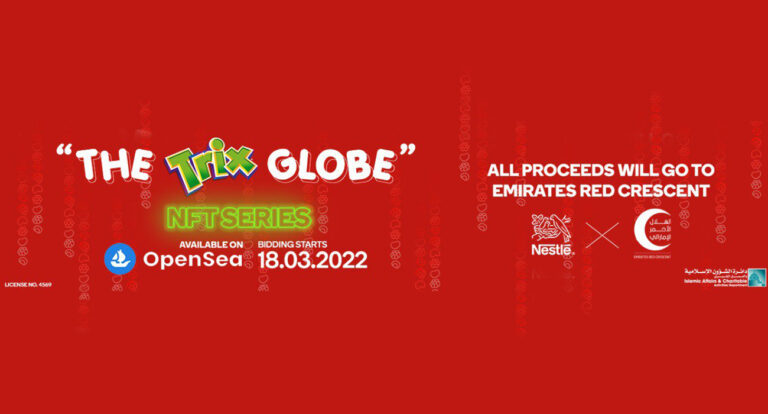 Nestle, the world’s largest food and beverage business, has developed a set of non-fungible tokens (NFTs).

In the Middle East and North Africa, it has developed a limited number of TRIX Globe NFTs for a good purpose (MENA). Nestle put the NFTs up for sale on Opensea at the time of launch.

He expressed his delight at the announcement of the region’s first blockchain-based humanitarian enterprise.

Additionally, the Emirates Red Crescent will receive 100% of the proceeds. Nestle also aims to be more creative with its breakfast cereals by including NFTs. TRIX is a breakfast cereal that claims to “return the excitement to breakfast.”

According to Buolmona, TRIX® is the world’s first and only morning cereal brand to launch its own NFT line. This, he claims, demonstrates how daring and adaptable their brands are.

Read also: Mauritius Just Launched an App That Helps You Get Access To All National And World Heritage Sites In the Country

Although NFTs are still relatively new in the cryptocurrency industry, they are gaining popularity. The large trade volume and adoption they have achieved have resulted in success.

The total amount of Ethereum exchanged by NFTs just reached 18 million ETH, according to the company. The total value of the trades is now $54 billion.

Data also shows that the NFT trading volume has increased by more than 220 percent since the beginning of the year.

This is why a growing number of companies are entering the NFT market.

Hyundai Motor is an example of this, as it was the first carmaker to sell community-based NFT tokens.