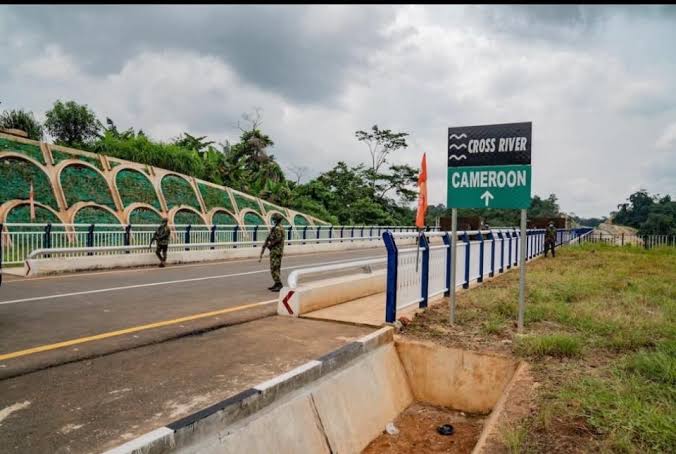 Just like Zambia and Botswana’s Kazungula bridge, Nigeria and Cameroon have recently launched a completed 1.5 km border bridge to facilitate trade and strengthen relations between the two African countries.  The Nigerian Minister of Works and Housing, Mr Babatunde Fashola has said the construction of a new double lane bridge; on the border between Nigeria and Cameroon will facilitate free trade.

Mr Fashola said this while inspecting the newly constructed 1.5km; two-lane bridge on the border between Nigeria and Cameroon; in Ekot-Mfum, Etung Local Government Area of Cross River.

The News Agency of Nigeria (NAN) reports that construction of the bridge began on; April 28, 2017 and was completed in March 2021 at the cost of  $35.9 billion.Funding of the project was provided by both countries. 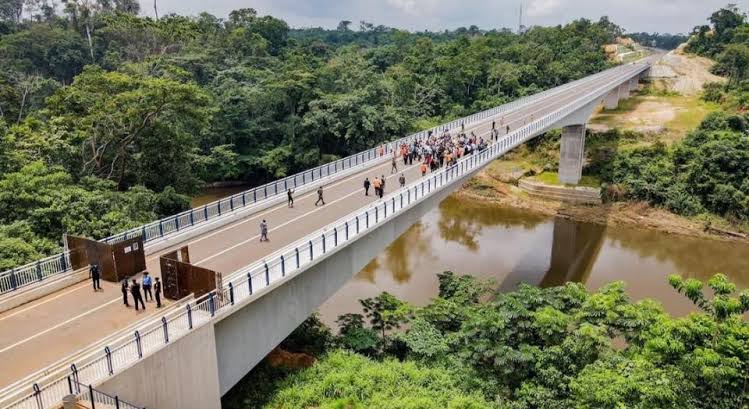 According to the minister, the construction of the bridge will also strengthen relations between both countries and improve cross-border security.”This is the first shoot of the harvest of completed projects proposed as the administration enters the second phase of the second term on its way out,” he said.

Fashola said that the administration’s plan to renew and expand old infrastructure would take the two countries; to the future for many more decades and strengthen the relationship between them.

“We have had a strong relationship with the Republic of Cameroon in terms of trade and business.

“You can only expect that this will improve joint border patrol, ensure security; more efficiency which you see from the first buildings; formed out of the integration of ECOWAS and sister nations of what the continent should look like.