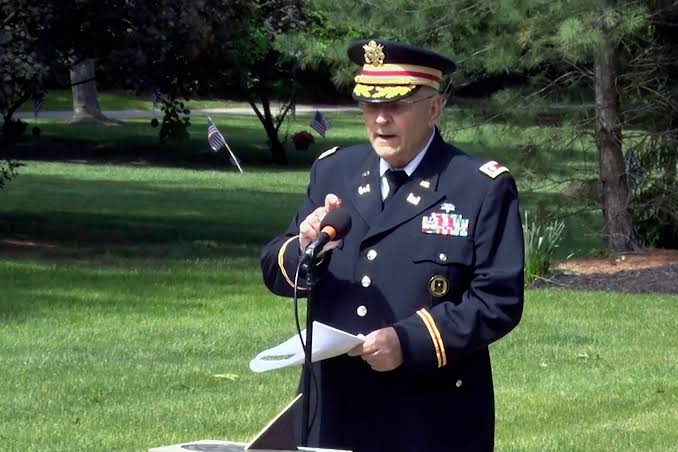 The truth is the deadliest poison for white supremacists and they can go on any length to try and cover up the truth; which includes cutting off a veteran in the middle of his speech; for saying that freed slaves were the first to commemorate memorial day.

The Washington Post reports that 77-year-old retired Army Lt. Col. Barnard Kemter was delivering his speech at a Memorial Day ceremony; in a cemetery in Hudson, Ohio.  “This is Memorial Day,” Kemter began during his recorded speech. “It is the day we pay homage to all of those who served in the military and didn’t come home.”

He called the holiday “a day of solemn contemplation over the cost of our freedoms.” The speech was going well and massaging the egos and of white supremacists who felt the honorary speech was all about them. But they turned pink as soon as the dear old veteran went on to touch on aspects of black history. 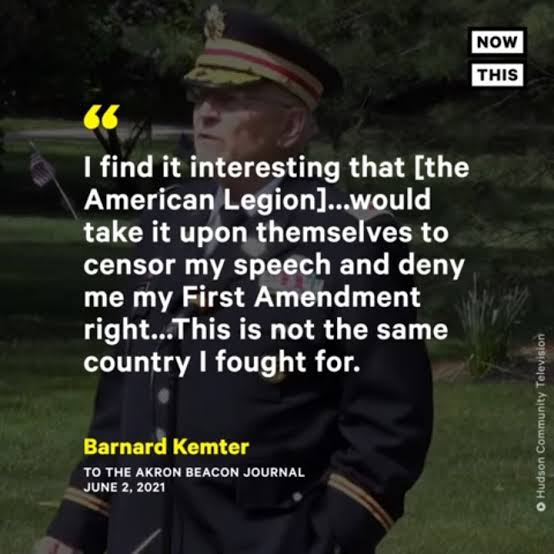 As soon as Kemter started talking about a “remarkable discovery in a dusty Harvard archive” that he said revealed; based on “newspaper clippings and handwritten notes” found by researchers; that “Memorial Day was first commemorated by an organized group of Black freed slaves less than a month after the Confederacy surrendered.”

As Kemter continued talking about how Black people started the Memorial Day commemoration, fragile white supremacists who organized the event muted his mic.

“I assumed it was a technical glitch,” Kemter told the post.

One of the event’s organizers later admitted the audio had been deliberately turned down; telling the Akron Beacon Journal that Kemter’s discussion of Black history “was not relevant to our program for the day.”

“We asked him to modify his speech, and he chose not to do that,” Cindy Suchan, president of the Hudson American Legion Auxiliary, told the Beacon Journal.

Now the Ohio American Legion is investigatingthe incident; and Kemter has accused the organizers of “censoring” him.

“I was very disappointed that someone would choose to censor my speech, ”; Kemter—a combat medic who served in the Army from 1965 through 1995—told the post.

“Throughout history, there has been a lot of claims about who actually performed the first Memorial Day service,” Kemter continued. “With this speech, I chose to educate people as to the origin of Memorial Day and why we were celebrating it.”

“I find it interesting that [the American Legion] would take it upon themselves to censor my speech and deny me my First Amendment right to [freedom of] speech,” Kemter told the Journal. “…This is not the same country I fought for.”