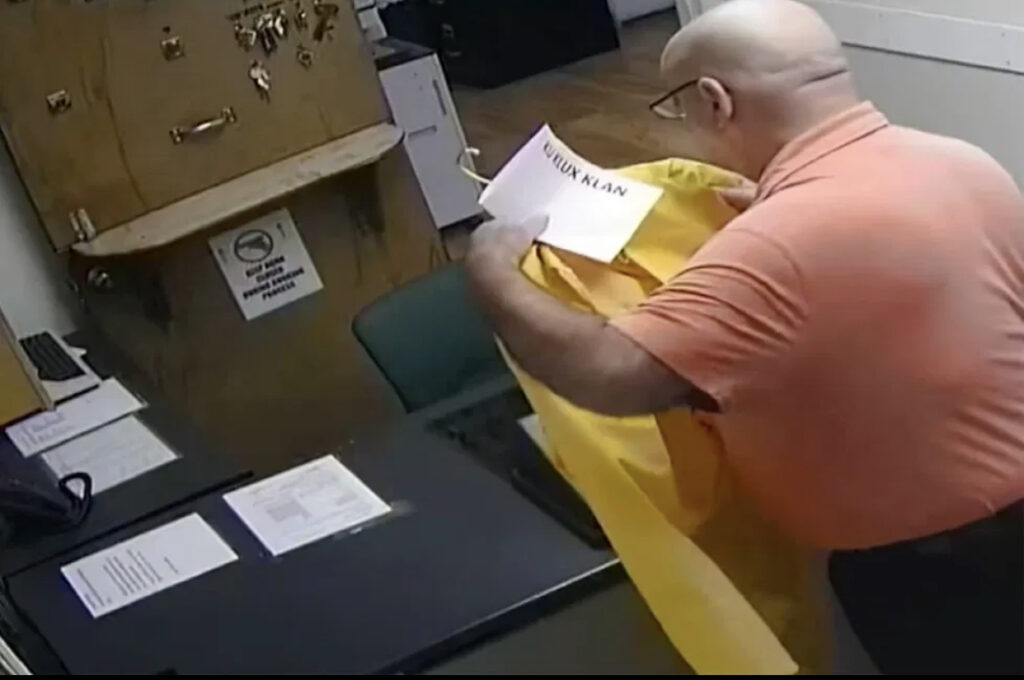 A white Ohio police chief has been forced to resign out of his job after he was caught on video putting a KKk (Ku Klux Klan) sign on a black officer’s desk; in what he claimed was a joke between the two colleagues.

Sheffield Lake Police Chief Anthony Campo who has been a cop for 33 years was caught on a surveillance video taking the KKK sign from a copy machine last Friday, officials said.

He then carefully arranges the bright yellow hooded raincoat seemingly to resemble the hood and robe used by the racist hate group.

The video, which has no audio, shows the black officer discovering the disturbing display moments later and confronting his chief; who told him he had to wear the coat and sign all day, according to WKYC. 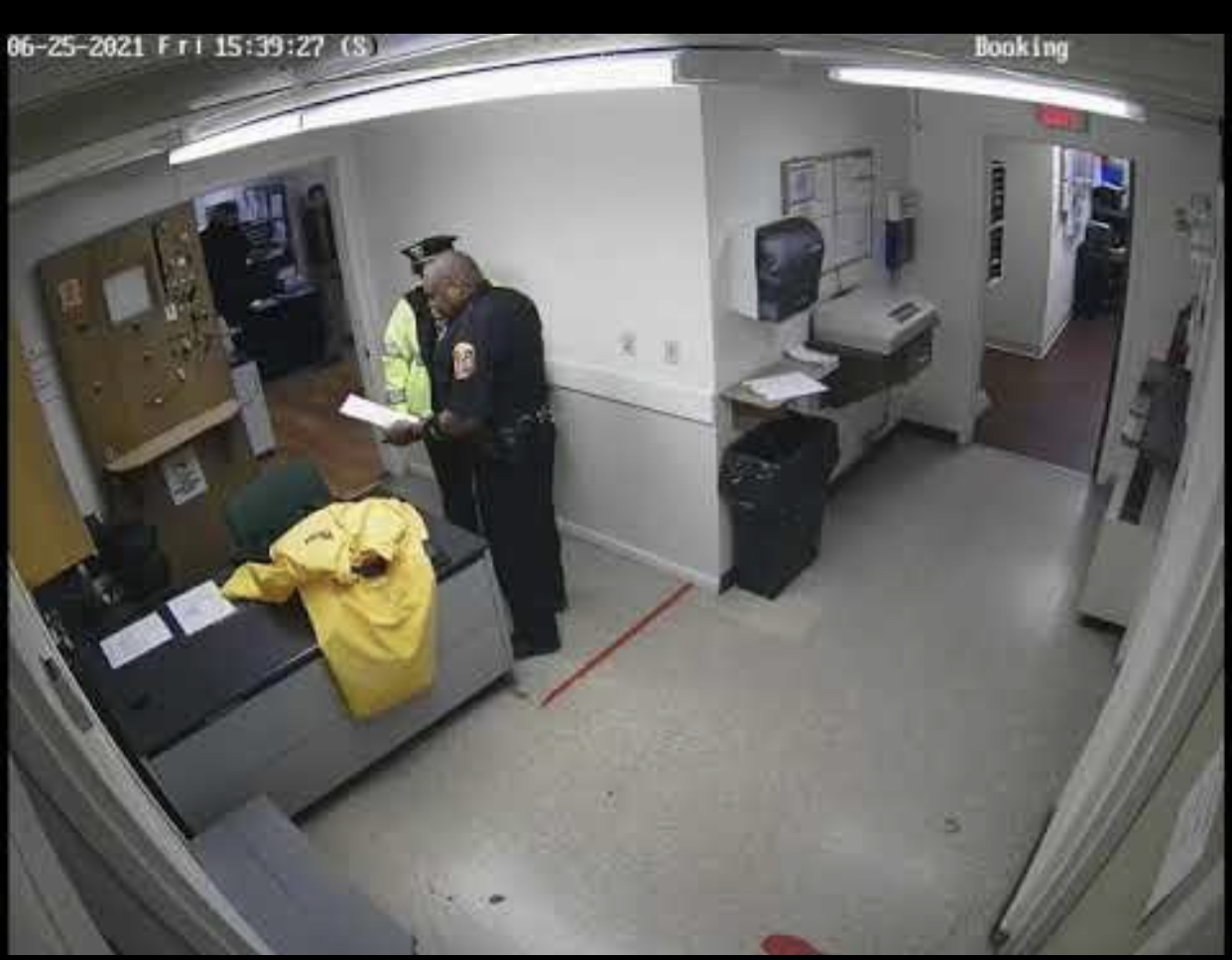 He also made a cone out of a newspaper and told his underling he would have to wear it, the station said, referring to parts not caught on camera.

The targeted officer, who was not identified, complained to his union, which took it to the mayor; who immediately stormed in to confront the police chief and put him on leave.

“I came into the chief’s office, and he’s standing there with a smile on his face. He goes, ‘So, am I fired?’” Mayor Dennis Bring told Cleveland.com.

“He thought this was just a joke,” Bring said. “How can you possibly think that you can put something on somebody’s jacket like that, and especially if they were African American, and think this is a joke?

“This is the most egregious and offensive thing you could possibly do. And it’s embarrassing and disgusting,” he told Cleveland.com.

“It took us 10 minutes to talk to each other because we both sat there crying,” he told Cleveland.com.

“I don’t even speak of his name right now. … I don’t even want to hear his name spoken in this department anymore.”