Over 30,000 people Displaced and Dozens Dead as Mount Nyiragongo Volcano Erupts in the Democratic Republic of Congo 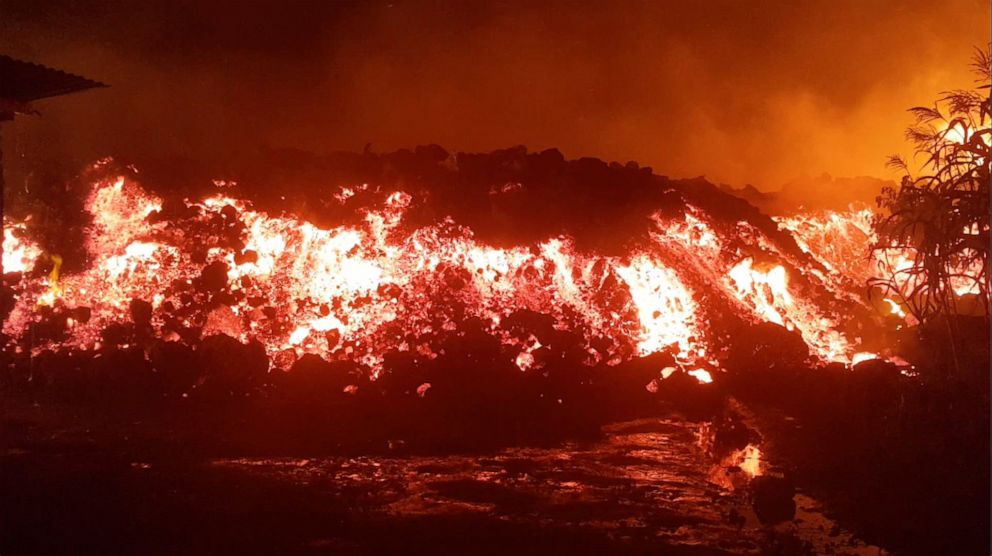 At least 32 people have been reported dead and more than 30,000 have been displaced after a volcano erupted from Mount Nyiragongo On Saturday night in the eastern Democratic Republic of Congo.

Seven people reportedly burned to death, three people died from smoke, and another two asphyxiated from volcanic gas, Reuters reported, of the eruption.

Additionally, while trying to flee the eruption, Nine people died in car accidents trying to evacuate the area, ABC News reported. Tragically, Four of the people killed were inmates at Munzenze prison in Goma; who died trying to escape during the eruption. The death toll could rise in the coming days, as officials continue to inspect the destruction. 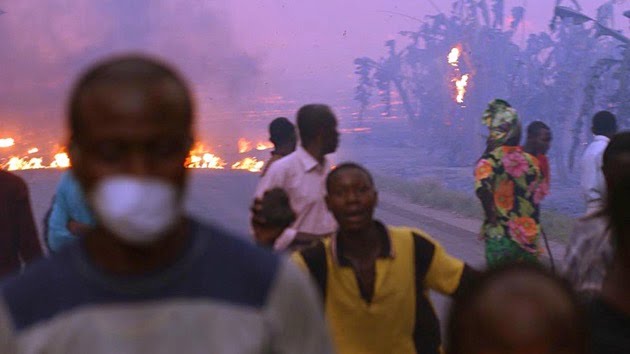 Through out the night, Fumes spewed from Mount Nyiragongo in the mountains of Virunga National Park; sending lava downhill toward the lakeside city of Goma which is less than 10 miles away, according to ABC News. Although the lava stopped short of the city’s limits, it crossed a major highway between Goma and the city of Beni, cutting off a key supply route.

Residents of Goma began evacuating, mostly on on foot, several hours; before the Congolese government released an official evacuation notice.

According to UNICEF, at least 25,000 people were internally displaced, while another 8,000 crossed the border into Rwanda, seeking refuge. More than 150 children were separated from their families and more than 170 children are feared to be missing.

Most people returned home Sunday morning, after the lava stopped flowing, UNICEF noted; adding that there’s concern that hundreds will return to find damaged homes, as well as water and electricity shortages. 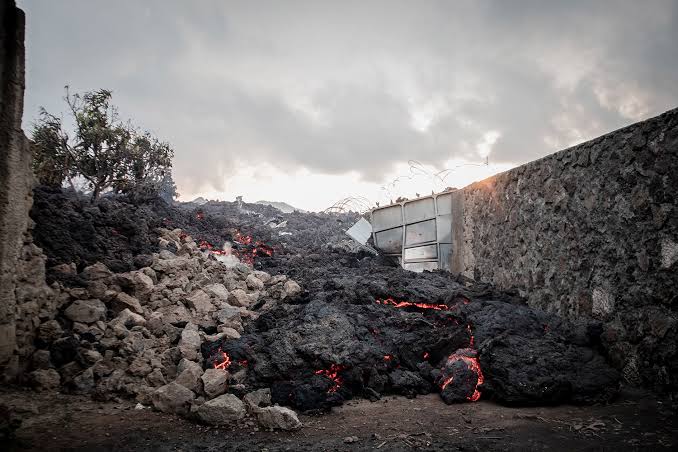 Saturday’s eruption left damage in at least 17 villages around the volcano; including some suburbs of Goma, Reuters reported. The trail of destruction claimed many homes, as well as several health centers, a primary school, a water pipeline and Goma’s main electricity supply line.

Mount Nyiragongo, is considered one of the most active and dangerous volcanoes in the world. It last erupted in 2002, killing hundreds and leaving more than 100,000 homeless.
Share. Facebook Twitter Pinterest LinkedIn Tumblr Telegram Email
Adaugo