Petitions And Calls For The Redesign Of Offensive Britain’s Highest Royal Honor, Which Depicts A Defeated Satan As Black Man In Chains 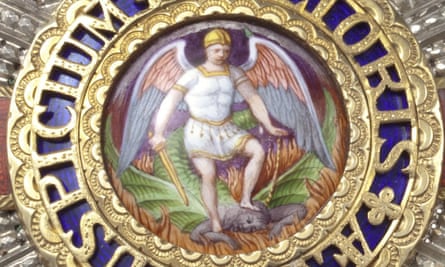 Campaigners are calling for the redesign of one of Britain’s highest honours personally bestowed; by the Queen because they say its badge resembles a depiction of a white angel standing on the neck of a chained black man. 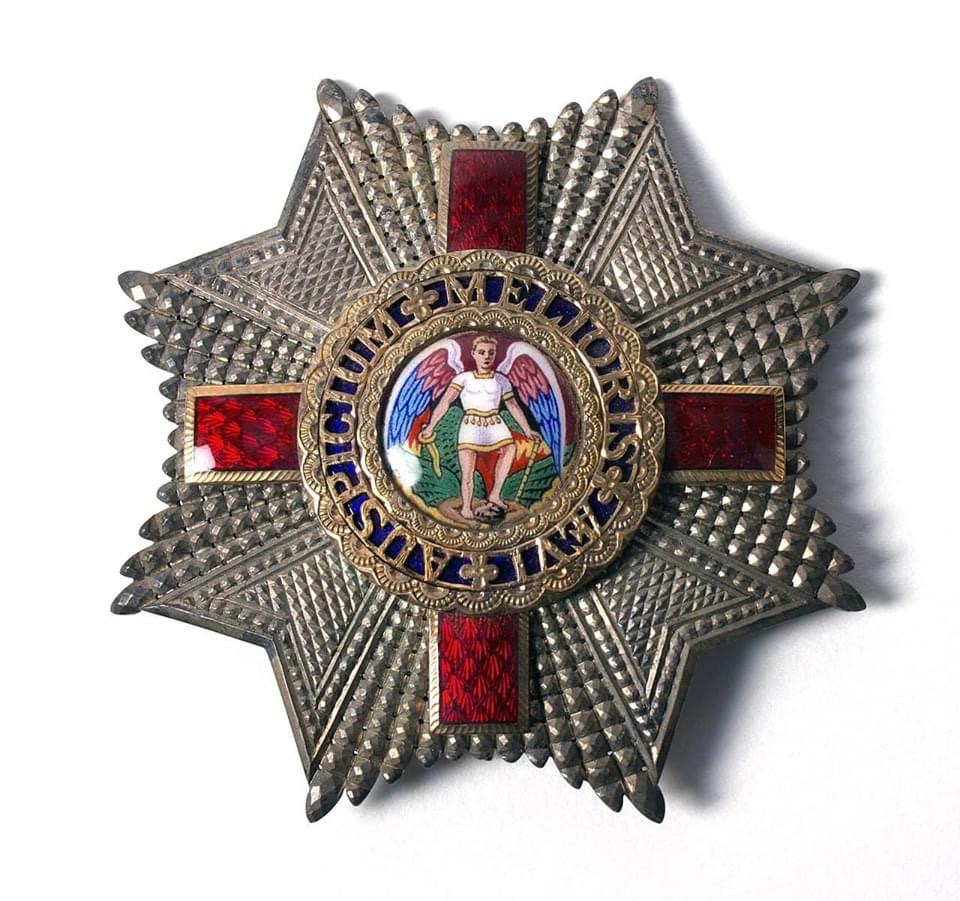 The Order of St Michael and St George is traditionally awarded to ambassadors and diplomats and senior Foreign Office officials; who have served abroad. It has three ranks, the highest of which is Knight Grand Cross (GCMG); followed by Knight Commander (KCMG) and Companion (CMG).

The imagery on the award’s badge portrays St Michael trampling on Satan; but campaigners say the image is reminiscent of the killing of George Floyd by white police officers in the US that led to worldwide protests.

A petition calling for the medal to be redesigned has attracted more than 2,000 signatures on change.org. The petition, started by Tracy Reeve, says: “This is a highly offensive image, it is also reminiscent of the recent murder of George Floyd by the white policeman in the same manner presented here in this medal. We the undersigned are calling for this medal to completely redesigned in a more appropriate way and for an official apology to be given for the offence it has given.”

Bumi Thomas, a Nigerian British singer, activist and specialist in visual communications;, said the imagery on the badge was clear. “It is not a demon, it is a black man in chains with a white, blue-eyed figure standing on his neck. It is literally what happened to George Floyd; and what has been happening to black people for centuries; under the guise of diplomatic missions: active, subliminal messaging that reinforces the conquest; subjugation and dehumanisation of people of color.

Sir Simon Woolley, the director and one of the founders of Operation Black Vote; which campaigns for greater representation of ethnic minorities in politics and public life; said he was appalled by the badge.

“The original image may have been of St Michael slaying Satan; but the figure has no horns or tail and is clearly a black man. It is a shocking depiction, and it is even more shocking that that image could be presented to; ambassadors representing this country abroad,” he said.

“This is the past that informs the present, and that’s why it symbolises everything that Black Lives Matter are campaigning for. It provides a challenge and an opportunity. The challenge is to acknowledge it and own it, but the opportunity is to put it right. It is easy to get rid of an image, but I would like root-and-branch restructuring; because most of the institutions created by the empire are still there.