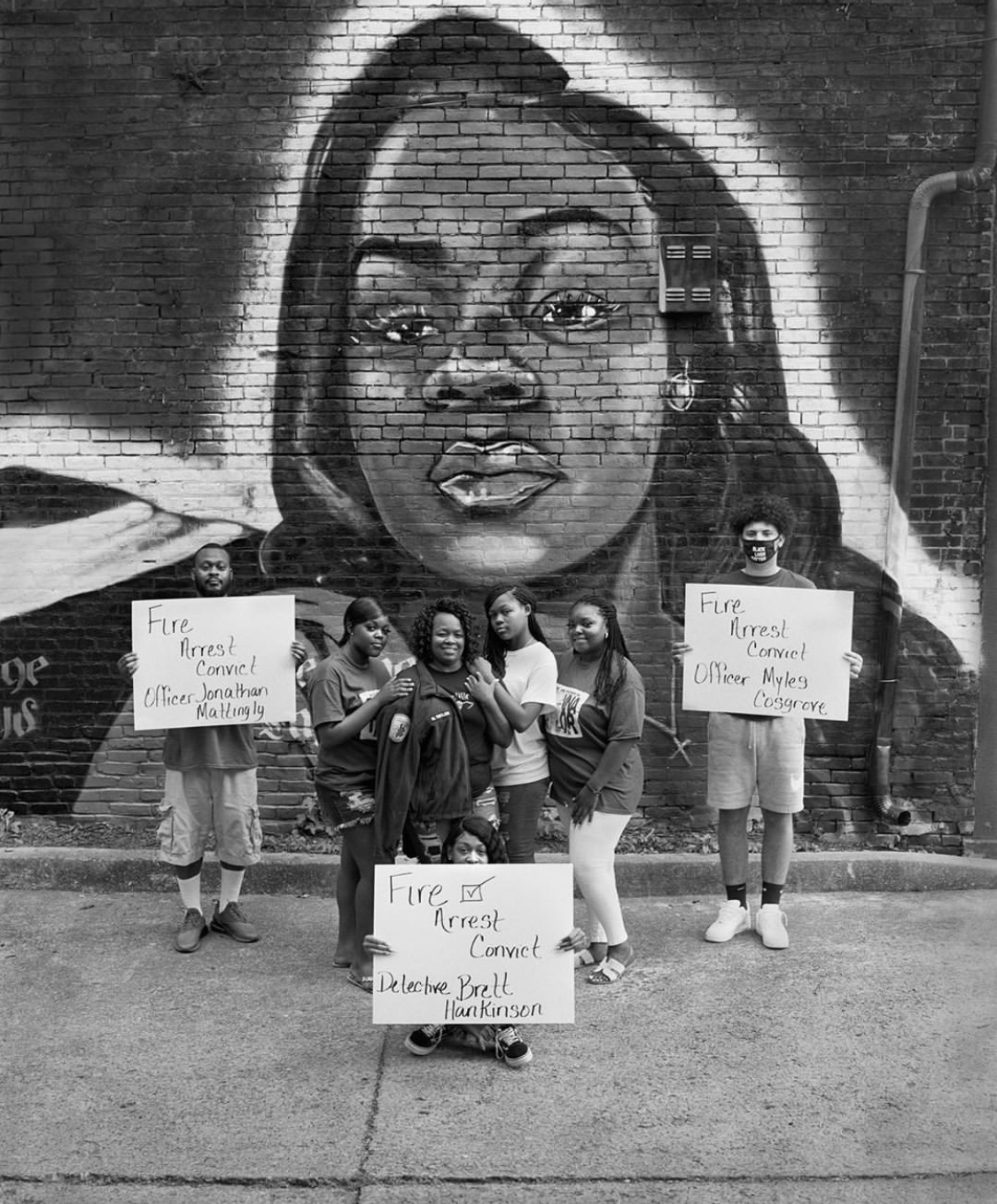 As the country continues to protest and rally behind arresting the police officers responsible for killing Breonna Taylor; her case has garnered mainstream attention; and now that also includes covering a magazine. Vanity Fair’s September issue features a beautiful portrait of Breonna Taylor on the cover; in a special issue that highlights her heart-breaking case.

Breonna Taylor’s life was tragically cut short, but she would likely be very proud to be on the cover of Vanity Fair if she were here to witness it. The September issue of the magazine features a stunning cover illustration by American painter Amy Sherald; and a story guest-edited by renowned author and journalist Ta-Nehisi Coates.

In his special featured story, Coates details Breonna Taylor’s “beautiful life” and tragic March killing as told by her mother, Tamika Palmer. In a series of interviews conducted in Breonna’s hometown of Louisville, Kentucky; Palmer remembered her oldest daughter as “the family glue” that “has a personal relationship with everybody.”

Her mother went on to say this in the issue:

”… even at 26 years old, she is pretty much the glue. And she is bossy. She don’t care what is happening; she is going to make sure we get together and have a game night or have a cookout or have something; because we all tend to get so busy and consumed with work and whatever. … All the kids, the younger kids, or even the kids her age, looked up to Breonna.”

“She was a hard worker,” Palmer said. “If she missed work, something was really wrong. She loved being in the hospital; she loved her job, and she loved the people she worked with. Clearly, they loved her. They would always be leaving her little notes about them loving her and loving to work with her. Even when she passed, some of them came to the funeral.”

Palmer also recalled the devastating day she learned that Breonna, a 26-year-old emergency medical technician; had been fatally shot by police in her home on March 13th.

Across the country, people continue to demand that Jon Mattingly, Brett Hankison and Myles Cosgrove; the officers involved in Taylor’s shooting; face the consequences for her death, as none of them have yet to be charged.