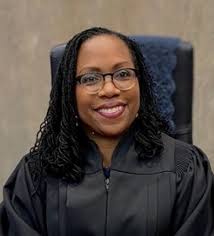 President Joe Biden has selected Ketanji Brown Jackson as his nominee to the Supreme Court. The United States president is setting in motion a historic confirmation process; for the first Black woman to sit on the highest court in the nation.

Ketanji Brown Jackson currently sits on DC’s federal appellate court and had been considered the front-runner for the vacant position since Justice Stephen Breyer announced his retirement. 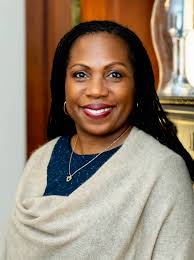 She received and accepted Biden’s offer in a call Thursday night, a source familiar with the decision told CNN.

Jackson served as a federal public defender in Washington; An experience that her backers feel her being worthy for the seat; and given Biden’s commitment to putting more public defenders on the federal bench.

She was also a commissioner on the US Sentencing Commission; and served on the federal district court in DC, as an appointee of President Barack Obama, before Biden elevated her to the DC Circuit last year.

The selection gives Biden a chance to deliver on one of his top campaign promises, and he’ll hope that the Black voters who were crucial to his election win will see this as a return on their investment.

Though it is historic, the choice of Jackson will not change the ideological makeup of the court. The court currently has six conservative justices and three liberal justices and the retiring Breyer comes from the liberal camp. The court is already poised to continue its turn toward the right with high-profile cases; and rulings expected from the court in the coming months on abortion, gun control and religious liberty issues.

Eyes will now turn to the Senate, where Biden’s Democratic Party holds the thinnest possible majority. The President will hope that Jackson can garner bipartisan support, but Democrats will need all their members in Washington to ensure her confirmation. Unlike most major pieces of legislation, Democrats do not need Republican help to confirm a Supreme Court justice and can do it with their 50 votes and Vice President Kamala Harris breaking a deadlock. When Jackson was confirmed to the appellate bench, she had the support of three Republican senators.

As a judge in DC — where some of the most politically charged cases are filed — Jackson’s issued notable rulings touching on Congress’ ability to investigate the White House. As a district court judge, she wrote a 2019 opinion siding with House lawmakers who sought the testimony of then-White House Counsel Don McGahn. Last year, she was on the unanimous circuit panel that ordered disclosure of certain Trump White House documents to the House January 6 committee.

Biden first committed to nominating a Black female US Supreme Court justice when he was running for president in 2020. On a debate stage in South Carolina, Biden argued that his push to make “sure there’s a Black woman on the Supreme Court” was rooted to “get everyone represented.”

Coming from a background of public service’

Jackson, 51  was born in the nation’s capital but grew up in the Miami area. She was a member of the debate team at Miami Palmetto Senior High School before earning both her undergraduate.

At her 2021 confirmation hearing for the appellate court, she connected her family’s professions; her parents worked in public schools to her decision to work as a public defender.

“I come from a background of public service. My parents were in public service; my brother was a police officer and (was) in the military,” she said at the time, “and being in the public defenders’ office felt very much like the opportunity to help with my skills and talents.”

Former House Speaker Paul Ryan, a Republican, is a relative by marriage and introduced her at the 2013 hearing for her district court nomination.

Some of her Contributions as a Public defender

As a judge, some other notable cases she has in her record are a 2018 case that brought federal employee unions; where she blocked parts of executive orders issued by former President Donald Trump; and a case where she ruled against Trump policies that expand the categories of non-citizens; who could be subject to expedited removal procedures without being able to appear before a judge.

Jackson penned more than 500 opinions in the eight years she spent on the district court.