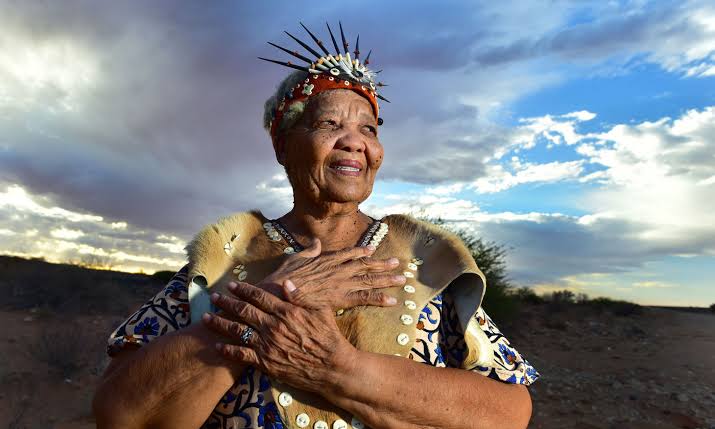 The Southern African Khoi-San languages have been described some of the “critically endangered” languages around the world. Furthermore, the Khoi-San were marked as illiterate by the Dutch colonisers. However an 88 year old Khoi-san woman, Katrina Esau; debunks this assertion with her latest book, as N/uu language is written in its own style and format, characterised by numerous distinct clicks which influenced Nguni languages such as Xhosa and Zulu.

The Khoi-San were forced to take on the Afrikaans language and assimilate into the Coloured culture, marking Esau one of only two surviving speakers of the language, according to 702. 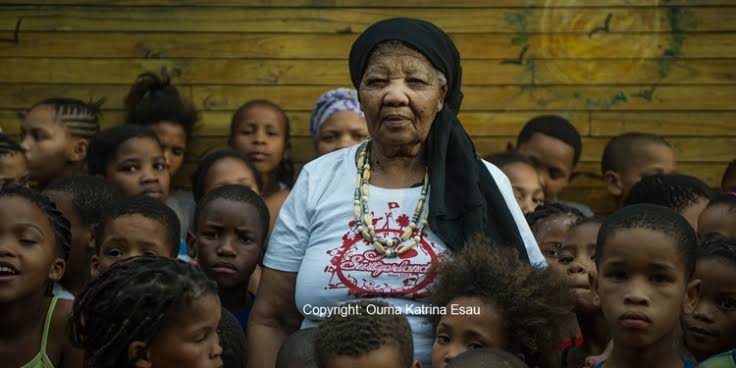 The beloved grandmother struggles tirelessly for the survival of the language and reportedly hosts weekly classes for 30 to 40 children in Upington, Northern Cape.

Esau recently published an old folktale in her native N/uu language of the Khoi-San people. The Khoi-san people are regarded as Africa’s first people and whose language spans over thousands of years. Tortoise and Ostrich or !Qhoi nla Tjhoi is the first story written in the almost extinct N/uu language. The book is a history-defining literary debut that evidences Africa’s culture of oral storytelling; and embodies why the language and the people need to be protected. The book follows Esau’s South Africa 2020 National Honorary Award, titled the Order of the Baobab in Silver; for her excellent contribution to the preservation of a language.

Unfazed by her amazing age, Katrina Esau spoke about her book in N/uu at the recent launch of Tortoise and Ostrich; which was  hosted by the National Library of South Africa. The children’s story is about an Ostrich and a Tortoise who happen to come across a clay pot and decide to race for it. Tortoise ultimately wins. The story carries with it many wonderous meanings and meanders into; friendship, strength, outwitting competition and how the tortoise got its shell; much like many other folktales that were used to teach children about animals, nature and people.

Katrina Esau and Tortoise and Ostrich

According to IOL, Esau wrote the book with the help of her granddaughter Claudia Snyman; and said she wants the book to create an awareness of the N/uu langauge and help take it forward. Snyman translated the book into Afrikaans and English.

Tortoise and Ostrich will, hopefully, create a path to remembering South Africa’s and Africa’s authentic identity. Kenyan author Ngũgĩ wa Thiong’o, aged 83 and with over twenty books under his belt, wrote his latest book The Perfect Nine in his native Gikuyu. 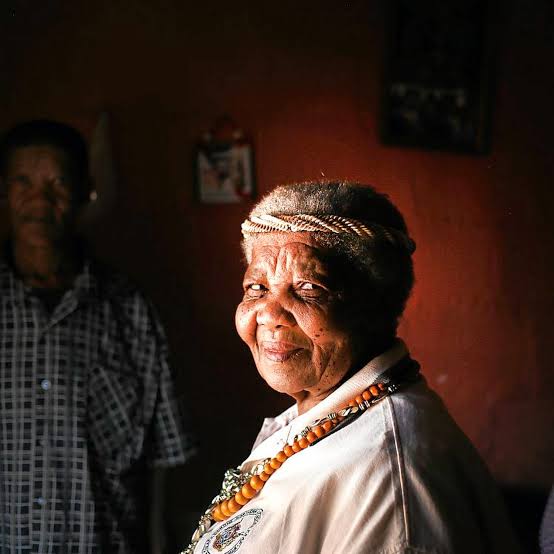 In 2020, Katrina Esau was honoured as a South African Living Human Legend; for her ”high degree of knowledge and skills to perform or recreate specific elements of the intangible cultural heritage”. Ostritch and Tortoise will also be translated into SeTswana, IsiZulu, IsiXhosa and the Nama language spoken mostly in Namibia. The Ostrich and the Tortoise is published by New Africa Books and proceeds will go to Esau’s ongoing efforts to preserve the language. The book can be purchased online or in person at the Melville-based bookstore Book Circle Capital.