Reparations Lawsuit For The Tulsa Race Massacre Allowed To Proceed 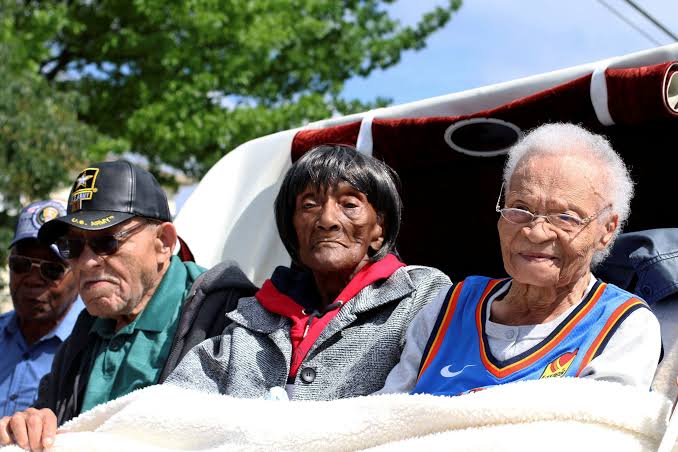 Caroline Wall, a Tulsa County District Court judge, ruled on Monday that the lawsuit seeking reparations for survivors and descendants of victims of the 1921 Tulsa Race Massacre can proceed, denying the motion to dismiss the case.

Damario Solomon-Simmons, a civil rights attorney, filed the lawsuit in September 2020 under the state’s public nuisance law, claiming that the city of Oklahoma did not defend the black community when a white mob attacked it.

It happened in the Greenwood neighborhood, popularly known as Black Wall Street, and it destroyed what had been the nation’s most prosperous Black business district.

Judge Caroline Wall’s decision came as welcome news to all three survivors, who were all little children at the time.

The only survivors of the heinous racist massacre are Hughes Van Ellis, 101, Viola Ford Fletcher, 107, and Lessie Benningfield Randle, also 107.

They are all plaintiffs in this case, suing for a victims’ compensation fund and requesting “whatever it takes to replace our loss.”

“I have children, grandchildren and great-grandchildren. And I really want this for my younger generation, something that I wasn’t able to do for them,” Fletcher said.

The lawsuit names the City of Tulsa, the Oklahoma Military Department, and the Tulsa Development Authority as defendants.

The importance of a quick decision on this matter, however, cannot be overstated; owning this lawsuit may be the only living survivors’ last chance to see justice served for their community’s racist decimation.

The outcome of the Tulsa Race Massacre case will also be a strong indicator of the country’s future direction.