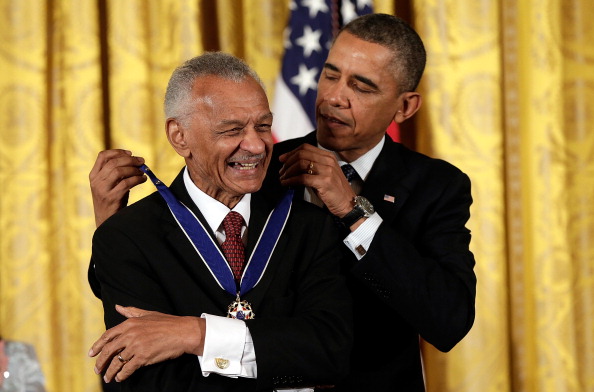 WASHINGTON, DC - NOVEMBER 20: U.S. President Barack Obama awards the Presidential Medal of Freedom to C.T. Vivian in the East Room at the White House on November 20, 2013 in Washington, DC. The Presidential Medal of Freedom is the nation's highest civilian honor, presented to individuals who have made meritorious contributions to the security or national interests of the United States, to world peace, or to cultural or other significant public or private endeavors. (Photo by Win McNamee/Getty Images)
Share
Facebook Twitter LinkedIn Pinterest Email

We are also reporting the death of another civil rights activist. Reverend C T Vivian, who worked alongside Martin Luther King Jr., received the Presidential Medal of Freedom and historically remained nonviolent even after an attack has died.

11 Alive News spoke with members of Vivan’s family who confirmed that he died at home of natural causes. He was 95.

Vivian’s daughter, Denise Morse said he was”one of the most wonderful men who ever walked the earth.” His friend and business partner Don Rivers said that the icon was on the mend after suffering a stroke about two months but “just stopped eating.” 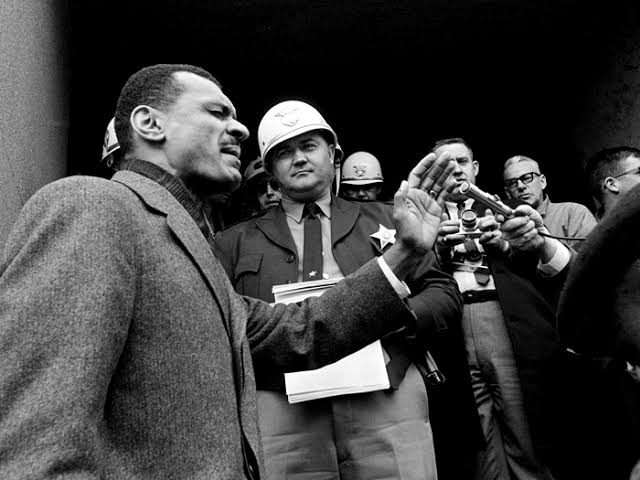 In a statement, his family said:

“The family is heartbroken at the loss of our father, but proud of his life-long work to free America from its tradition of racism, hate and violence. He loved all mankind and will be missed. Reverend C.T Vivian was preceded in death by his wife of nearly 60 years, Octavia.”

Vivian was a member of the Southern Christian Leadership Conference and on February 16, 1965; he was punched in the mouth by Segregationist Sheriff Jim Clark in Selma, Ala. while trying to register Black voters. He required 11 stitches for his injuries but did not retaliate.

“I had to show that I wasn’t afraid,” Vivian said in a 2013 interview with The Atlanta Journal-Constitution. “I got down on my knees and said, ‘Thank you, Lord’; not because I was alive, but because I had done what I should do, and I’d done it well,”; Vivian said. “Even when I got knocked down, I stood back up. I’d stood up to the powers that be, and I did it nonviolently.”

In 2013 President Barack Obama awarded Reverend C.T Vivian the Presidential Medal of Freedom for being; “still in the action, pushing us closer to our founding ideals.” President Obama has since released a statement remembering Vivian as a friend.

Some thoughts on the Reverend C.T. Vivian, a pioneer who pulled America closer to our founding ideals and a friend who I will miss greatly. pic.twitter.com/kDsGhU2BF4