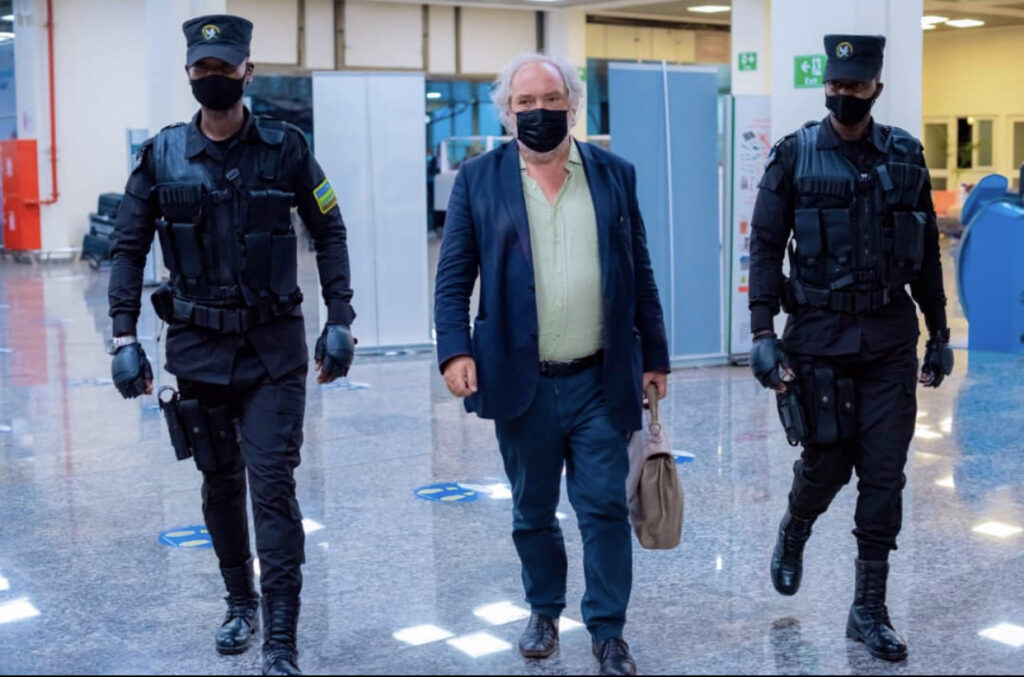 A Belgian lawyer known as Vincent Lurquin who claimed to be representing Paul Rusesabagina who is currently being charged for; terrorism, specialized international and border crimes and is currently being tried in a Kigali-based court; has been deported and further barred from future entry into Rwanda. According to Rwandan authorities, Vincent Lurquin was deported and declared persona non grata for violating immigration laws.

The Rwanda Bar Association raised a complaint because Vincent Lurquin was not accredited to practice in Rwanda.

He claims he has not been able to see his client for the past year. “I have not seen my client, that is the whole problem. They refuse to let me see my client, I went to see the President of the Bar who did not want to see me; I went to see the Attorney General who did not want to see me, the Minister of Foreign Affairs, the Minister of Justice. But in Belgium, the Minister of Foreign Affairs contacted his counterpart. The Federal Prosecutor’s Office has also done so and they don’t want to answer us, they don’t want me to see him,” Vincent said. The Rwanda Bar Association raised a complaint because Lurquin was not accredited to practice in Rwanda. Authorities said that Vincent came through a visitation visa and was not allowed to work in Rwanda with the said document. Africanews reports. 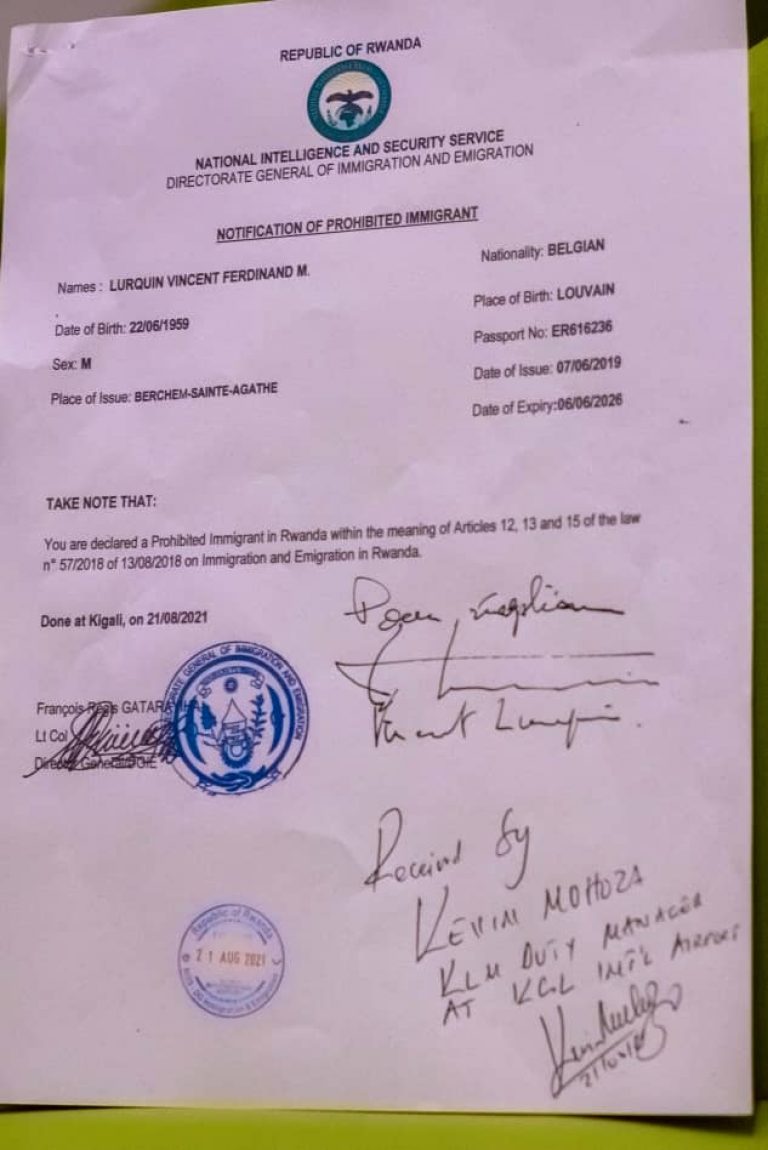 The Director General of the Rwanda Directorate General of Immigration and Emigration (DGIE), Lt. Col. Regis Gatarayiha said; “the visa he was accorded is a V1 type of visa, which allows the bearer to visit the country but not to conduct any remunerated work or any payment. We were surprised to see that he appeared in court; in one of the proceedings of the court, in an attire that shows that he was really practicing as an advocate, which he was not allowed to do,” Gatarayiha said 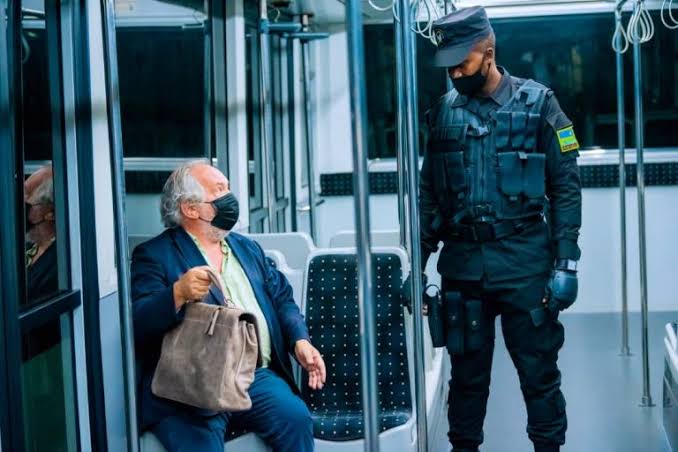 Consequently, Lurquin was not only deported but further declared a; “Prohibited Immigrant,” a status which prevents him from ever travelling to Rwanda. His deportation sparked series of conversations. Some political thinkers raised the point that; as a lawyer, Lurquin should have known better and applied for the right visa.