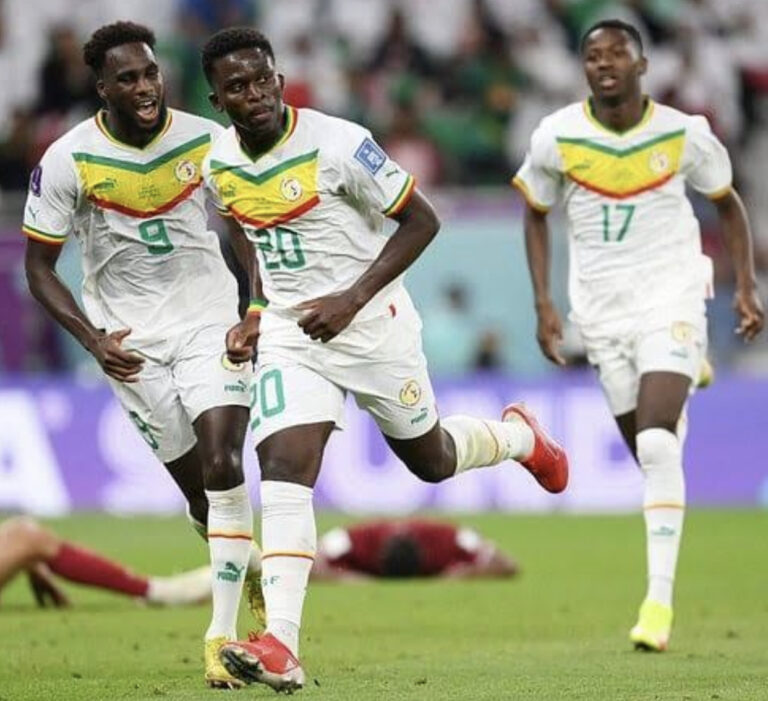 Senegal became the first African team to win a match at the 2022 World Cup by defeating host nation Qatar 3-1.

The Teranga Lions fell to The Netherlands 2-0, but they picked up their campaign on Friday to keep their hopes of qualifying alive.

Boulaye Dia scored the opening goal after Qatari defender Boualem Khoukhi attempted a clearance under no pressure, failed to connect, and went down on his backside.

At the start of the second half, Famara Diedhiou added a 2-0 margin with a header from a corner.

Qatar substitute Mohammed Muntari gave the hosts a glimmer of hope with a header to make it 2-1. but the Qatar fightback lasted six minutes before Bamba Dieng put Senegal two goals clear again.

Qatar has lost both its games and will be eliminated later on Friday and less than a week into the World Cup if Netherlands and Ecuador draw in the other Group A game.

The defeat leaves the host on the brink of elimination that would make them the second World Cup hosts after South Africa to bow out after the first round.