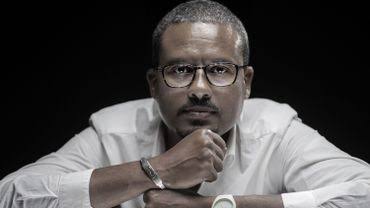 Senegalese Author, David Diop has been named one of the six select authors to have made it onto the 2021 International Booker Prize shortlist. Diop’s debut novel At Night All Blood is Black is the only African novel that features on the 2021 list. The Booker Prize Award, is an international award that recognises the best fiction novels that have been translated from a foreign language to English.

First Published in 2018, and the English version in 2020; At Night All Blood is Black was critically received across the world. The book pays homage to Senegalese soldiers who fought in the first World War shoulder to shoulder with their colonisers the British and the French.

This historically-influenced novel is written in the active voice of its protagonist Alfa Ndiyae; a young recruit from a village in Senegal. David Diop attempts to make sense of the psychological tension faced by Alfa Ndiyae; who is caught up in the madness of a war that weaponised Black bodies for its own agendas. Ndiyae is subsequently driven to revenge on white soldiers after witnessing the terrible death; of his best friend Mademba Diop and, so, heads into the enemy lines. OkayAfrica writes.

Born in France but raised in Senegal, David Diop returned to France to complete his studies. The novel At Night All Blood is Black was translated from French to English by Anna Moschovakis.

Africa’s literature giant and highly favoured Kenyan author Ngũgĩ wa Thiong’o was snubbed. He made history by being the first person to make the long list as both author and translator for his novel The Perfect Nine: The Epic of Gikuyu and Mumbi.

The winners of the International Booker Prize stand to be awarded 50 000 pounds. The winners will be announced on June 2, 2021.