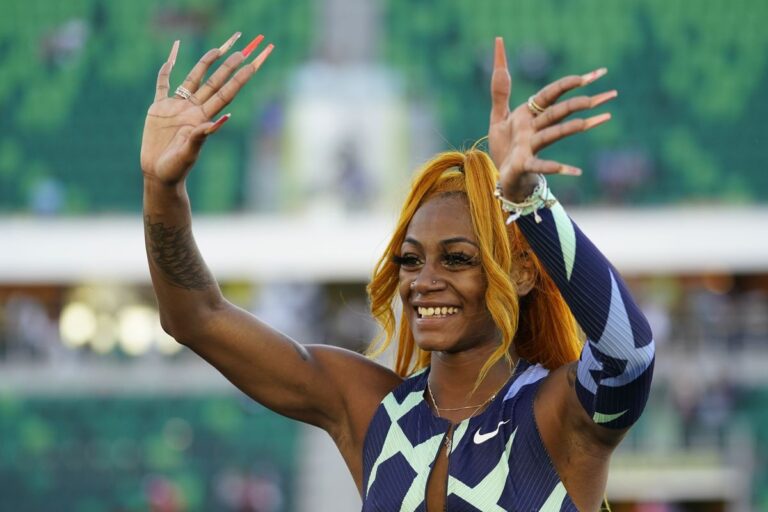 After suffering several losses, Sha’carri Richardson, a track athlete, has reason to celebrate after winning the 2022 Duval County Challenge, American Track League with a time of 11.27 seconds.

Sha’carri Richardson started the season at the track meet which was held at the Hodges Stadium in Jacksonville, Florida. Her first time competing on the track since she lost in Italy last September.

Richardson, a native of Dallas, had a weak start in the women’s 100m with a time of 11.37 seconds, and with a headwind of 1.5m/s in fourth place, according to Essentially Sports. Rain fell during the rerun and she redeemed herself by coming in first.

The rerun was called into question after Aleia Hobbs, the official race winner, did not compete in the second race. Many in attendance claimed the rerun was necessary due to camera malfunctions in the original heat. Others attributed it to the track being switched so that men could run with a tailwind, and the rerun was intended to give women the same opportunity as men.

It was a significant accomplishment for the popular athlete after a string of losses following her exclusion from the Tokyo Olympics last summer. After testing positive for marijuana, Richardson was barred from competing with Team USA.

She canceled three scheduled meets this season, including a matchup with Jamaican Olympian Shelly-Ann Fraser-Pryce at the Kip Keino Classic. Richardson’s latest victory comes just days before her main event against Elaine Thompson-Herah in the 100m at the PreClassic in Eugene, Oregon, on Saturday, according to NBC Sports.

Richardson finished last in the August Pre Classic with a time of 11.14 seconds. It was her fastest time in four hundred meters since the Olympic Trials.

Richardson has been ranked 57th in the world over the last nine months and has yet to improve on her personal best time of 10.72 seconds set last year.