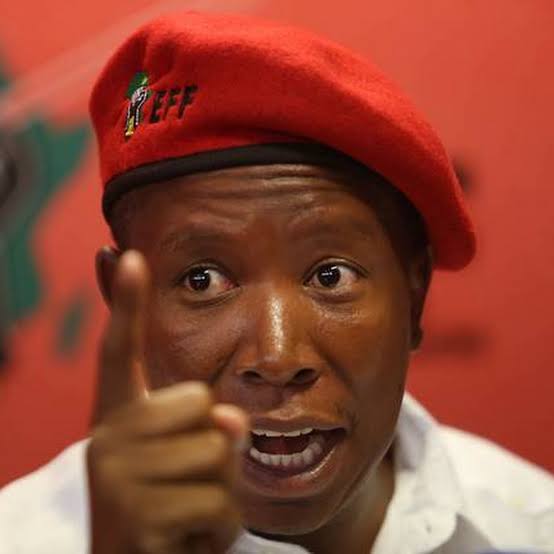 Pan-African activist and President of the Economic Freedom Fighters (EFF), Julius Malema, has called on France to stay away from Africa’s business; following an alleged manipulation of the Pan-African parliamentary elections. The South African who is also a lawmaker made the statement during a press conference of the EFF.

The recent session of the Pan-African parliamentary meeting which held in Johannesburg-South Africa, set up to elect a new president; was riddled with outright chaos following disagreements over electoral processes. Many people, especially concerned Africans, criticized the Pan-African Parliament (PAP) for such display of violence. However, Julius thought it was pivotal to deal with a plot by the French government.

Julius Malema who was a part of the meeting accused France of influencing decision making in the Pan-African parliament; especially during this recent meeting, of driving its agenda of dictating a candidate for PAP.

“Since its formation, PAP has not had any President from the Northern or Southern regions. The East, West, and Central regions, dominated by Francophone countries; have historically used their numerical strength to block the practice of rotation. Despite the AU’s advice that PAP must comply with the rotational principle, the dominant regions sought to ignore this and proceed with election. Over the years, France has manipulated these numbers to impose a candidate of their choice.” Julius Malema said.

Justifying his claims, the Pan-African stated that, during last term’s election, the France Foreign Minister addressed PAP without being scheduled in accordance with the program soon after a Francophone candidate was elected. Additionally, it is no coincidence that Emmanuel Macron’s visit to South Africa coincided with PAP’s program to elect a president.”

“Which means, Macron, like his Minister for Foreign Affairs, was meant to give a surprise visit and address the Pan-African Parliament; with the hope that, PAP would have elected their supported Francophone candidate. The refusal to implement the principle of rotation was to make way for the highly sponsored Mali candidate who landed with a private jet in South Africa.” He continued.

According to Malema, this plot was successfully terminated. “Thanks to the resistance and formidable spirit of the Southern caucus supported by the Northern Caucasus; and all progressive members of the Pan-African Parliament, France plot was defeated. We call on France to stay out of African affairs, in particular the Pan-African Parliament. Malema said whilst adding that; “We further make a call to all African youths in francophone countries to fight the France agenda; to keep Africa and its leadership chained to imperialist interests.”