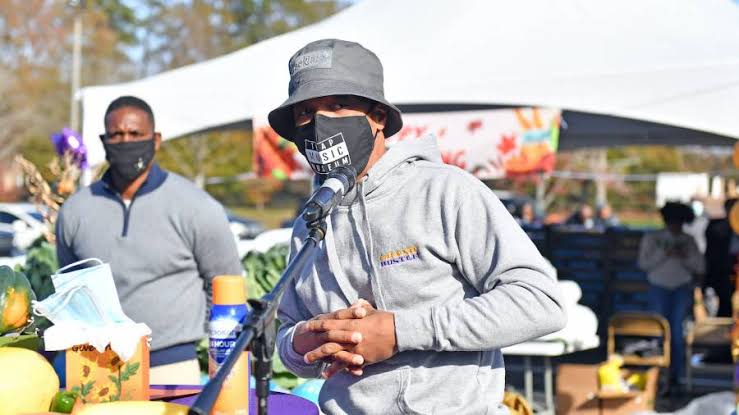 It is the season of giving, and in keeping with his recently yearly charity outreach around the Yuletide; Clifford T.I Harris has reached out again to his community in Atlanta, through his Harris Community works foundation.

In 2017, Rapper T.I Harris and his team walked into a Target store and surprised unsuspecting shoppers. He called out for all single mothers who had gifts they could not buy for their kids. TI spent $20,000 within 30 minutes on gifts for the underserved families, according to WSBTV news. In 2018, TI —along with his nonprofit organization, Harris Community Works (HCW); gifted children at Egleston Children’s Hospital, Doctor Daycare, and John Lewis Invictus Academy’s middle school football team, according to Hollywood Life. Last year, he was even recognized by the State of Georgia for his activism and philanthropic efforts. 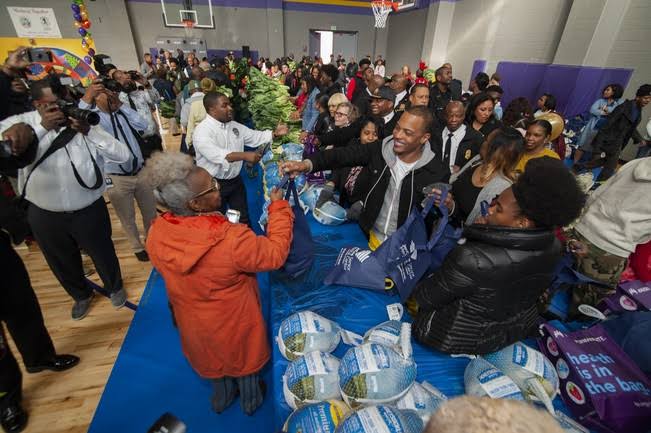 So there is no surprise that once again, TI is serving the Atlanta community for Christmas. Yesterday, TI shared on Instagram that he, along with his HCW team, partnered with DTLR, Viola Cares, and AKOO to give back. He made two stops starting at Hughes Spalding Children’s hospital, where he dropped off gifts. Then, he visited the urban clothing store, DTLR Villa, with young men who attend ‘Next Level Boys Academy.’ TI wanted to reward the boys who have committed to making a change in their lives. The academy’s mission is to impact young men’s lives by redefining the world’s view of manhood and partnering with parents, educators, and the community to help build self-esteem, confidence, and self-respect.

TI gifted 50 boys with a $200 shopping spree at DTLR. Also, his brand AKOO Clothing donated a coat to each of them. TI took pictures with the young men and wished them a happy holiday. On Next Level Boys Academy’s Instagram page, they shared that TI and HCW have continuously come through for their organization and said the experience was beyond amazing! We love to see it!