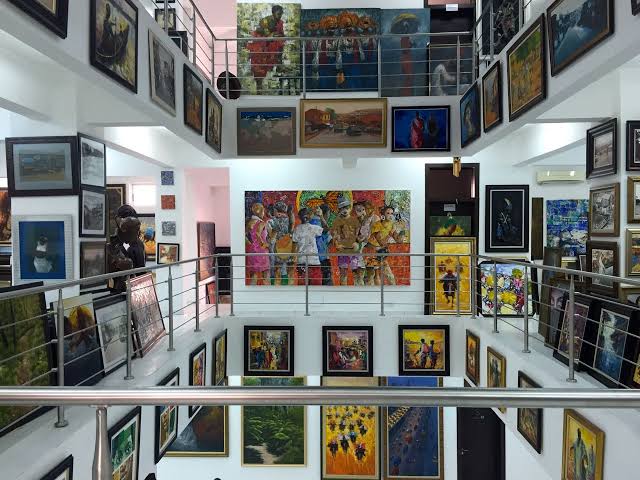 Africa is home to countless historical museums that vividly tell the story of the continent which involves its tragic past, history, powerful art, and intriguing discoveries. In this article, we have highlighted the 10 top historical museums you need to visit on your next visit to Africa.

The list below are selected unique historical museums that offer you a view of the vast and diverse history and culture of Africa.

One of the very top historical museums you need to visit in Africa, is the Esie Museum, which is located in Igbomina, the town of Esie, Kwara State in Nigeria, is the first Museum founded in Nigeria in the year 1945. The main purpose formerly was to house one of the biggest treasures ever endowed to mankind, Esie Stone.

The museum once sheltered over one thousand tombstone figures portraying human beings. Till this era, it still stays a dilemma. Given how nobody knows how these stone portraits precisely came about but a few findings have been given by dwellers of the city

The source contended that these defiant immigrants were from another clan of Yoruba-Land who delivered words to Esie; the traditional chief of Esie territory that, they were moving toward settling down in his town but to their utter misfortune; they didn’t see anybody to receive them, thereby making them settle outside the city of Esie.

It later came to be known that these immigrants became a threat to the safety of the city. They attacked the administration of the chief and were at the point of rebelling; when the god of the land, standing on the side of Esie of Esie, turned these immigrants 800 in numbers, into stone statutes.

With so much history and varying accounts, this is one of the historical museums worth visiting if you ever get to find yourself in Nigeria.

The Iziko museum established in 1825 is located in the beautiful city of Cape Town, South Africa, and is on the list of top historical museums to visit in Africa.

Due to the diverse objects, varying from historical equipment to fossils, stone equipment made 120 000 years ago;  ancient animals/insects, and artefacts. The historical museum is known to be the attraction of millions of tourists in South Africa. Having more than half a million specimens with history.

A trip to this incredible historical museum is not just culturally endowing; but also, will also incite a spark of curiosity in learning further about objects and the creatures with which we inhabit the planet earth with.

The Bulawayo Railway Museum founded in 1962 and owned by the National Railways of Zimbabwe is located at the railway station in Bulawayo, Zimbabwe. This museum houses numerous exhibitions ranging from Steam Locomotives to Diesel-electric locomotives, coaches, saloons, wagons, trolleys, railway cranes on the account of the railway system in Zimbabwe, previously Rhodesia. making it one of the top historical museums in Africa.

One of the primary beauty of this museum is that you don’t have to be a train lover before visiting because the museum doesn’t disappoint when it comes to entertaining.

Nike Art Gallery located in the city of Lagos Lekki Phase I, is known to be the dwelling home for Nigerian Arts and Culture, which the main purpose was to improve and enhance our cultural origin and heritage.

This art gallery despite not being a museum from the origin is known to be one of the places that attract tourists to the city of Lagos and the largest of its kind in the western part of Africa. Having a diverse collection of about 8,000 distinct artworks from several Nigerian artists.

Nike Art Gallery is a Centre for art enthusiasts, art collectors, and tourists in Nigeria and one of the top historical museums to visit in Africa.

Number 5 on our list of the top historical museums to visit in Africa, is the Red Castle Museum, which was founded in 1919 and similarly recognized as the Archaeological Museum of Tripoli; or Assaraya Alhamra Museum is located in Libya at a famous facility known as the Red Castle.

This historical museum was established when the colonial Italians in Libya revamped a portion of the castle to a museum; to house several of the archaeological artefacts distributed across the nation since prehistoric periods. It covers 5,000 years from prehistory to the liberation revolution (1953) era. A one of the historical museums, worthy of visiting by tourists.

6. Museum of Modern Art of Algiers

The Museum of Modern Art of Algiers located at the street of Larbi Ben M’hidi, Algeria, is an African art museum established in the year 2007. The facility was built between the era of 1901 and 1909, making it one of the top historical museums in Africa.

Since its opening, MAMA has housed quite a dozen exhibitions including international exhibitions; as a part of events like Algiers 2007, Capital of Arab Culture; Second Pan-African Festival of Algiers in July 2009, or the primary International Festival for Contemporary Art; in Algiers from Revolutionary Organization 17 November 2009 to twenty-eight February 2010; due to this, it’s today an unavoidable reference for exhibitions of recent and contemporary art. 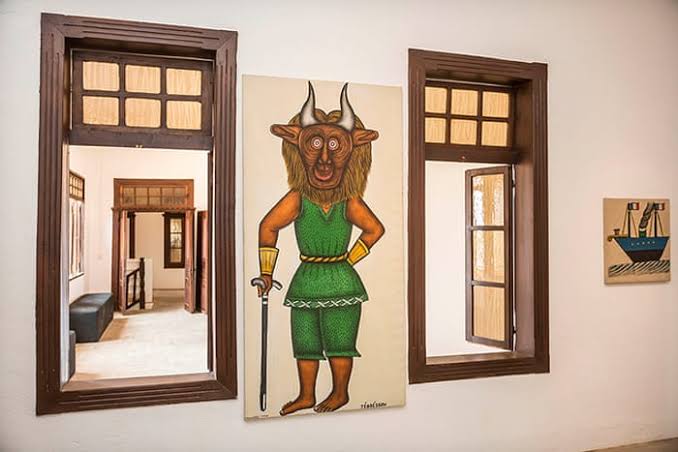 The Zinsou Foundation Museum of African Art founded in 2005, is located in Villa Ajavon, Cotonou.

The modern exhibition Centre has been a place of promotion of contemporary African arts. The foundation has its headquarters in a refurbished 90-year-old colonial mansion; which includes both a permanent collection and seasonal shows. Run by a daughter of Benin’s ex-prime minister and investment banker; the Centre also features exhibits like African LP records and has a brightly painted school bus offering art tours and workshops to children. The Zinsou museum is one of the top historical museums to visit.

Mapungubwe National Park and World Heritage Site is located on the northern border of South Africa, uniting Botswana and Zimbabwe. Earning its place on the list of the top historical museums to visit in Africa, this museum sits on the land of sandstone formations, mopane woodlands, brooding baobabs, ancient floodplains, and unique riverine forests that form a dramatic backcloth for the wealth of animal life – elephant, giraffe, buffalo, white rhino, gemsbok, and other antelope, extensive birdlife, and the more elusive mammal-like hyenas, leopards, and lions.

The Maison des Esclaves historical Museum, also called the house of the slave, is located on Gorée Island, about three kilometres from the coast of Dakar, Senegal.

As one of the top historical museums to visit, the Maison is the home to the Door of No Return. Which is the door through which kidnapped African people were journeyed to board the boats that would take them to the Americas to be enslaved.

The Maison des Esclaves Museum has over the years, captivated its fair share of world leaders. Among its popular visitors are Pope John Paul II, Barack Obama, and Nelson Mandela; who reportedly walked away from the trip to sit alone for a moment in one of the basement cells.

The Grand Egyptian Museum also called the Giza Museum; is an archaeological museum under development for nearly 20 years, in Giza, Egypt. This historical museum is located about two kilometers from the Giza pyramid complex; and is part of a new master plan for the Giza Plateau called Giza 2030.

When inaugurated, the museum will be considered the largest archaeological museum in the world. Which will house artifacts of ancient Egypt, comprising the complete Tutankhamun collection; numerous pieces will be displayed for the first time.