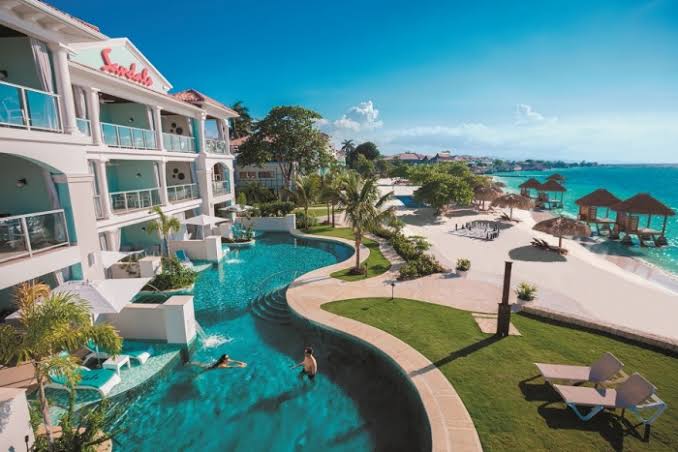 Authorities have identified two American tourists who died at a Bahamas resort as a Tennessee couple, as they continue to investigate the mysterious circumstances surrounding their deaths.

What we’ve gathered so far:

The victims were identified as Michael Phillips, 68, and his wife Robbie Phillips, 65, who worked as travel agents for Sandals resorts and were vacationing at Sandals Emerald Bay in Exuma when they were discovered dead in their room on Friday.

Vincent Paul Chiarella, 64, of Florida, had previously been identified as a victim of the mysterious illness. Donnis, his wife, was also airlifted to a hospital in Florida, where she is in critical condition.

Bahamian authorities are now sending samples from their bodies, as well as those from their rooms and the surrounding areas, to a lab in the United States to help determine what happened to them.

As guests claim an air conditioner leak was to blame, American labs will now speed up tests to determine whether any contaminants were present when they died.

Toxicology tests will now be carried out in Philadelphia to determine whether any contaminants were present when the Americans died.

On Monday, Rolle stated, ‘We really want to know what caused this.’

The results will be available in about a week, according to Rolle, who noted that the Bahamas’ Department of Environmental Health and police officers are still on the premises.

When asked what he believes caused the tourists’ deaths, Rolle replied, ‘I’m not going to speculate.’

He noted that the four tourists had all gone to the doctor the night before their bodies were discovered, complaining of feeling ill. He claimed they went at different times and ate different foods.

According to Bahamian officials, none of the victims showed signs of trauma, and no foul play is suspected.

The two American victims were discovered dead Friday morning at the Sandals Emerald Bay resort in Exuma, where they had been staying in separate villas.

They were all said to have had convulsions prior to their deaths, and when Donnis Chiarella, of Panama, Florida, awoke on Friday morning, she found herself paralyzed and her late husband not moving, according to the couple’s devastated son Austin Chiarella.

The afflicted son stated that his mother became ill on Thursday and went to a local clinic. She was released shortly after, believing her health had improved.

An initial investigation also revealed that the Phillips (The first couple) had also complained of illness the previous evening, adding that the pair attended the local Medical facility where they received treatment before returning to their lodge.

In a statement, the department said, ‘We stand ready to provide all appropriate consular assistance.’ ‘We have nothing further to add at this time out of respect for the privacy of the families.’

Another American vacationer had previously blamed their deaths on a faulty air conditioner, though this has yet to be confirmed.

‘Three of our neighbors in the building right next to us died, and a fourth was airlifted in critical condition early yesterday,’ Chris Coucheron-Aamot wrote on Facebook.

The post, which appeared to have been written by Coucheron’s partner, describes a crime scene at the resort’s luxury beachside villas, where hotel personnel discovered the bodies of the guests.

‘There we’re crime scene tapes and security guards all around our unit,’ said Coucheron-Aamot, who was staying in the same villas as the victims.

Coucheron-Aamot, who said he was continuing his vacation at the resort despite the deaths, suggested in the post that there may have been problems with some of the villas’ air-conditioning systems, which led to the deaths.

‘It sounds like there was a problem with the a/c in the unit, causing a toxic coolant leak,’ according to the post.

‘I couldn’t sleep last night because every time the air conditioner kicked on, I woke up.’

‘We’re continuing our vacation because that’s what I’d want people to do if I died: celebrate my life by living yours to the fullest. Having said that, our hearts go out to those who are in mourning. May God have mercy on them as well as on us.’

A Sandals spokesperson told reporters on Friday that the company was cooperating with the police investigation. The representative did not respond to questions about the allegedly faulty a/c unit.

‘Nothing is more important to Sandals Resorts than our guests’ safety,’ the representative wrote in an emailed statement.

‘A health emergency was initially reported, and we immediately alerted emergency medical professionals and relevant local authorities in accordance with our protocols.’

‘During this difficult time, we are actively working to support both the investigation and the guests’ families in any way we can. We are unable to provide any additional information at this time due to our guests’ privacy.’

Sandals told the reporters that its staff were alerted to a medical emergency and that the victims’ families are being supported.

On Monday, they refused to comment further on the deaths, instead saying, ‘Out of respect for the privacy of our guests, we cannot disclose further information at this time.’

Robbie Phillips posted pictures of the beach to Facebook just one day before her untimely death, apparently trying to sell others on the idea of the resort.

‘If you want the most beautiful long private beach with clear blue water and you like to hear the waves lapping, see sand dunes, and hear seagulls talk, this is it!’ On May 5, she described it as ‘relaxing.’

‘The Greg Norman golf course is an added bonus,’ she says.

Following her death, that post was filled with people expressing their condolences.

‘I’m so sorry to hear about this heartbreaking loss,’ wrote Marcie Muensterman. ‘I can’t imagine how your family is feeling, and I’ll pray for everyone who knew and loved Robbie and Mike.’

‘You know, I always think of Robbie and Mike as lovers in love, and always loving the Sandals resorts as much as they loved them!’ wrote Gail Minyon Yunker. It appears bittersweet!’

‘[They] were obviously having a great time. ‘Our thoughts are with their family and friends.’